Ava DuVernay Is Taking Big Steps As A Filmmaker On TV

The ‘Selma’ filmmaker reteams with Oprah for a shrewd and potentially fruitful career move. 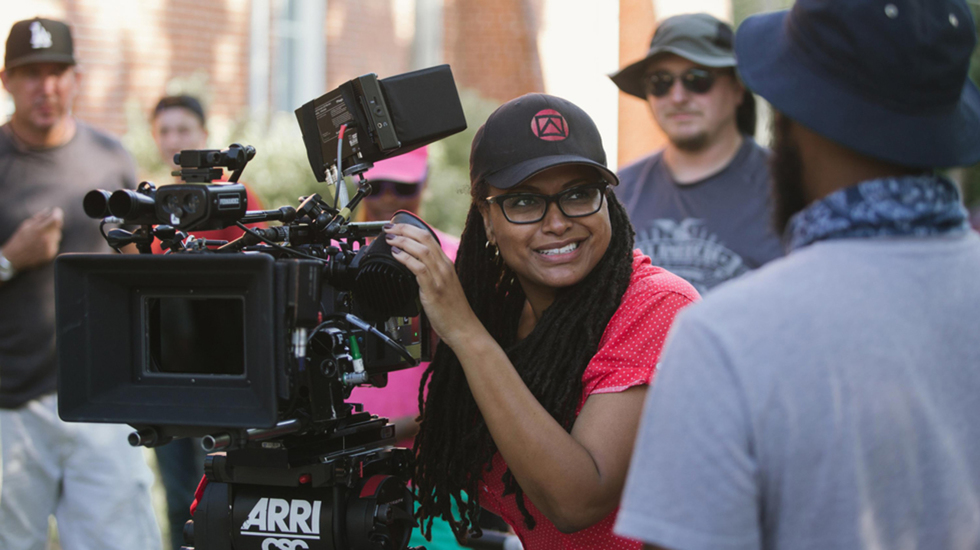 Critics and audiences alike were shocked when Ava DuVernay did not receive an Oscar nomination for Best Director for her beautiful and poignant work on Selma. The only person who was not surprised was DuVernay herself. In light of the staggering news from the Los Angeles Times in 2012 that Oscars voters are 94% Caucasian and 76% male with an average age of 63, DuVernay simply observed: “Unless there’s diversity among the people that are trying to come to the consensus, then… there will be a lack of diversity in what the consensus is.”

DuVernay is no doubt a formidable talent. After toiling for nearly a decade as a publicist in Hollywood, in 2008 she made her first documentary, This is the Life, about the hip hop movement during the early 90s in LA. In 2012, she became the first black filmmaker to win the Directing Award at Sundance for her skillful drama, Middle of Nowhere. Now with the success of Selma, DuVernay is slowly becoming recognized as the groundbreaker she always has been. While she has already announced her next film in development, the Untitled Hurricane Katrina Project, with David Oyelowo, DuVernay has shrewdly set her sights on the small screen for the time being.

Instead of jumping right into a next big film project, DuVernay is taking her time to explore another artistic medium.

DuVernay will reteam with Selma producer/star Oprah Winfrey for a new original series based on Natalie Baszile’s novel Queen Sugar on OWN. In addition to writing and directing the adaptation, DuVernay will also executive produce with Winfrey, her champion, and will no doubt keep creative control. This is an incredibly wise career move for DuVernay. Not only will this series allow her to explore long-form storytelling in a collaborative environment, it will also allow her artistry to be appreciated by a far wider audience than is possible with independent films.

This also means that DuVernay will join a group of strong, black female showrunners like Courtney Kemp Agboh (Power on Starz), Mara Brock Akil (Being Mary Jane on BET) and ABC ratings juggernaut Shonda Rhimes. Many of these successful shows feature larger than life characters with plots that often are not rooted in reality (apologies to the staff of Seattle Grace Hospital). DuVernay’s adaptation of Queen Sugar will provide audiences with a black family drama anchored by a strong-willed, relatable female protagonist, something that sorely is missing in today’s TV landscape.

Not only will this series allow her to explore long-form storytelling in a collaborative environment, it will also allow her artistry to be appreciated by a far wider audience than is possible with independent films.

Though no actors are attached to the project as of yet, one would think that DuVernay’s Middle of Nowhere star Emayatzy Corinealdi would be a good fit as series protagonist Charley Bordelon, a widowed mother who leaves her Los Angeles home to revive her family’s once-thriving sugarcane farm in Louisiana. Centering on themes like reinvention, family dysfunction, community, heartache and hope, DuVernay is the perfect choice to bring writer Natalie Baszile’s rich story and characters to the screen. We also predict that she will add her own unique vision to Queen Sugar to make it her own.

After a creative and commercial success like Selma (and the awards controversy that followed), another filmmaker might be tempted to go mainstream, but not Ava DuVernay. Instead of jumping right into a next big film project, DuVernay is taking her time to explore another artistic medium, essentially shielded from the prying eyes of the Hollywood studios. By allowing herself a safe space and the freedom to create on her own terms, DuVernay is further honing her skills as a storyteller, which will be vital to her artistic growth and future success.