All 5 Oscar-Nominated Documentaries Are Streaming Online

If you missed them in theaters, now is your chance to watch these documentaries at home! 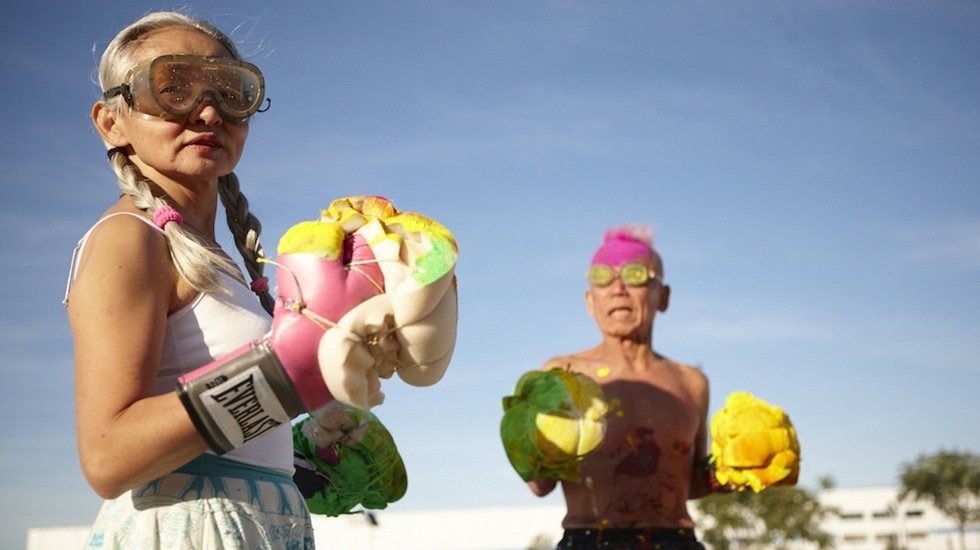 Have you been looking over the list of Oscar-nominated docs, wondering how you managed not to see a single one? Never fear, they're all available for you to watch online before the big night.
The Act of Killing
Watch on Netflix
Directed by Joshua Oppenheimer

In this film, a man regarded as a hero by his country recreates the countless murders and torture methods he used, even as he questions his own morality.

Cutie and the Boxer
Watch on Netflix
Directed by Zachary Heinzerling

Ushiro and Noriko have been making art for years. Though married, they both have distinct styles and sometimes clash. This heartfelt documentary explores the nature of their art, their marriage, and where it all intersects.

Jeremy Scahill uncovers what appear to be covert missions in US warzones. No matter your political stance, this documentary about how far is too far is a must watch.

The Square
Watch on Netflix
Directed by Jehane Noujaim

Watch the Egyptian Revolution as it happened to the country's youth. The Freedom Fighters tell their story, with all the triumphs and the disappointments.

20 Feet from Stardom
Watch on iTunes
Directed by Morgan Neville