Revisit some of our favorite TFF documentaries from the past that are currently available to stream. 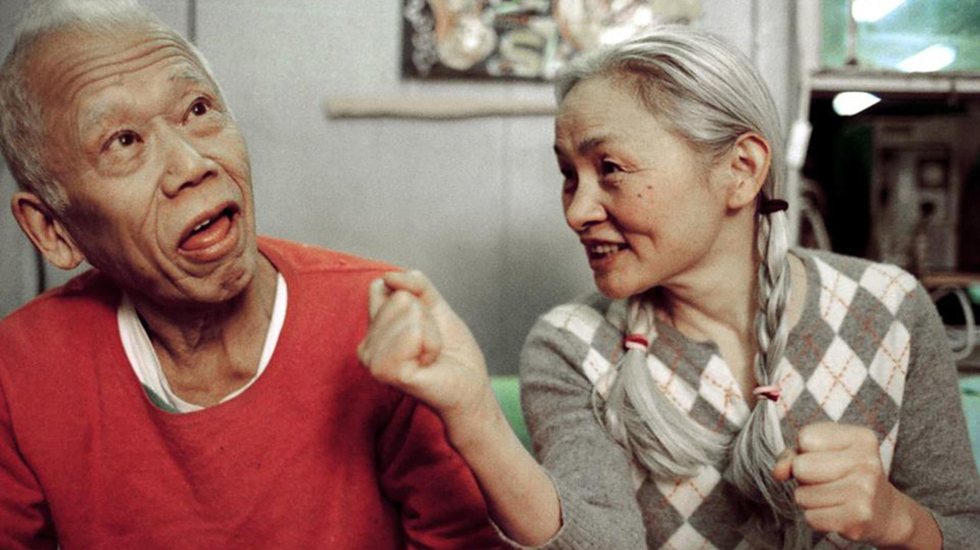 Though Elaine Stritch passed away last year, her legacy was captured brilliantly in Chiemi Karasawa's documentary, which premiered at TFF2013 and follows the theater legend over the course of a year. Attending to her role as Alec Baldwin's mother on 30 Rock and her show at the Carlyle, Stritch continues to entertain millions despite struggling with the setbacks of old-age. We spoke to director Chiemi Karasawa about caving to Stritch's firm stubbornness as well as the inspiration for the film.

Based on the book by Jon Savage, this TFF 2013 alum documents the rise of teenagerdom in the late 1950s, both as in import of American youth culture and its European roots in the Hitler youth and resulting youth resistance movements. A blend of archival footage and re-enacted narration from Jena Malone and Ben Whishaw, the documentary combines personal accounts of teenage life with the age group as a political identity. Check out our interview with director Matt Wolf, in which he talks about society's hostile regard for teenagers.

One of the first politicos to publicly decry the steep income disparity between America's richest and poorest, Gore Vidal's legacy as a willfully misanthropic liberal author is perfectly captured in Wrathall's documentary, which premiered at TFF2013. Vidal's acerbic attitude towards American politicians spans from JFK to George Bush, with the continued critique of the body politic's forgetful nature - hence, his trademark phrase, "The United States of Amnesia."

The Motivation
Directed by Adam Bhala Lough
Watch on Netflix

Skateboarding youths never looked so endearing as they do in Adam Bhala Lough's documentary The Motivation, which follows eight world class street skaters as they prepare for the Street League Championships in NYC. We talked to director Adam Bhala Lough after the film's premiere at TFF 2013 and discovered the unique point of convergence between street skating and documentary filmmaking.

When Shane Bitney-Crone's life partner, Tom, passed in a tragic accident, local legislation against same-sex marriage shut him out from Tom's last moments. Linda Bloodworth-Thomason's documentary debut explores the continued anti-gay sentiment that perpetuated Shane's grief. His search for meaning after Tom's passing is a moving personal story that calls on the sentiments of any empathetic person.

Cutie and the Boxer
Directed by Zachary Heinzerling
Watch on Netflix

A recipient of the 2012 TFI Documentary Fund, a TFF 2013 alum, and an Oscar-nominated film, Cutie and the Boxer tells the story of Brooklyn-based artists Ushio and Noriko Shinohara. The film explores their volatile but symbiotic marriage in intimate moments of artistic collaboration. Noriko is Ushio's "Cutie," a cartoonist who had lived under the shadow of her husband, a mixed media artist who punches canvases with boxing gloves covered in paint.

Dancing in Jaffa
Directed by Hilla Medalia
Watch on Netlix

Championship ballroom dancer Pierre Dulaine began his community-building program in Jaffa to unite the children of the segreated town in dance. The children's comical disdain for contact with the opposite gender is layered with a real poltically learned behavior to avoid gentility across racial and religious lines. Cute and funny and occasionally somber, the spirit of collaboration appears in this one dance classoom in Jaffa.

Kiss the Water
Directed by Eric Steel
Watch on Netflix

Megan Boyd was a world-renowned crafstman of fishing flies who honed her skill under the apprenticeship of an old river warden. Drawn to her story after reading her obituary, documentarian Eric Steel spent weeks in the Scottish Highlands, camping out in a fishing tackle shop to hear the best stories about the enigmatic woman. TFF2013's Kiss the Water combines documentary footage with original animations that bring Boyd's work to life - check out our interview with Eric Steel to learn more about the film's unusual production.

A Brony Tale
Directed by Brent Hodge
Watch on Netflix

A couple of years ago, no one could tell you what a Brony was, but in 2014 male My Little Pony fans are organized and legitimate. This documentary goes in-depth with this fan community, following  voice actress Ashleigh Ball as she grapples with the newfound fame that comes with the Bronies' attention. In our conversation with director Brent Hodge, he describes working with Ball, the annual Brony convention, and the production process.