5 Rules of Casting For The Indie Filmmaker

You want to make a great film? Learn about actors. Rider Strong presents Casting 101 for the indie filmmaker. 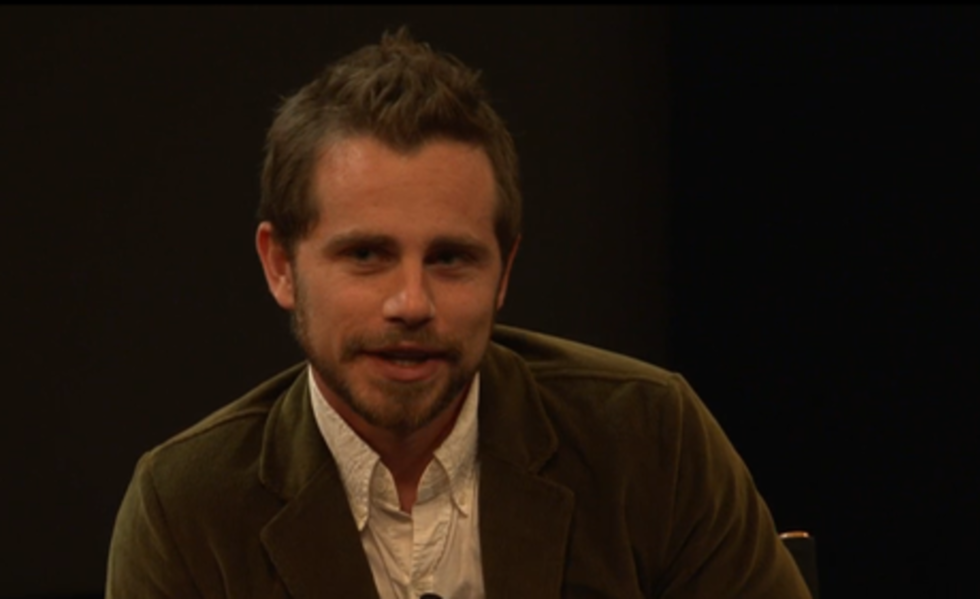 As an actor-turned-filmmaker, I’m often mystified by how fellow directors think about actors. I know one director who considers Clint Eastwood the greatest actor of all time. I think my friend is insane. Sure, Clint's got amazing presence, but acting?

Then again, sometimes presence is precisely what's required. Great movie stars, in the traditional, Hollywood definition, are rarely known for their risky choices, or their ability to find something unexpected in a script. A movie star's job is to carry the film, to be likeable, to give us an entry point to the story. Oh, and to be good looking.

Even more fundamentally, though, movie stars can be the key to a film's very existence. On a studio level, actors need to have "foreign value" in order to get a movie greenlit. Which means their presence— in a literal sense— is more important than their performance.

The same is true on an indie film scale, where getting a recognizable name can make or break a project. It can help in every way, from getting other actors to agree to be in your film, to finding investors, to attracting media attention at film festivals once it's in the can.

All of which has absolutely nothing to do with whether the actor's any good in the film.

This isn't the result of some Hollywood hackery; it's in direct response to the way we go to movies. For instance, if I tell you there’s a new film coming out that stars that heavyset, funny actor...you know the guy, he’s really good, and he used to only have smaller parts as the weird, quirky friend, but then he broke out and— despite his looks— became a bonafide movie star?

That isn't enough info. You’re going to decide what kind of movie it is, and whether you want to see it, based on if I'm talking about Jack Black or Phillip Seymour Hoffman. They're the same "type," they're both good, but they each have their unique baggage. Their presence changes your perception of a film before you've even seen the poster.

And so both ends of the filmmaking spectrum, indie and studio, rush to the summit of available actors. The studios recycle the A-list, and indie filmmakers hope their material will be enough to attract that same talent...or somebody close. The result is a lot of redundancy, an echo chamber of actors.

Practically speaking, this makes sense. But creatively, it betrays a lack of respect for the art of acting.  At the very least it shows a lack of confidence in assessing actors. As filmmakers, it's always been a part of our job to respect acting. But right now, it's more important than ever.

Because the amount of studio content being produced is decreasing, which has a trickle down effect. If Walt Disney's slate of feature films is only 10 a year, they're not going to take a chance on Bobby Mc-No-Name fresh from theater school. They're going to put Johnny Depp in as many of them as possible (preferably playing a character he's already played). 10 years ago, actors who weren't Johnny Depp— in other words, who didn't get jobs at the $100 million budget range —could fit snugly in the mid-level film, those made in the $10-50 million range.

But those films don't exist anymore. And so the mid-level actors take television jobs...which used to be the stomping ground for the "working class" actor. And the working class actor? No longer working. All of which is bad news for actors, but great news for budding filmmakers. Because meanwhile, high production value is no longer an elusive dream that only money can provide.

Technology has reached the point where a $5,000 camera and an average home computer can provide 80% of your production needs. And it will look good -- not like the pixelated, flat, 30-frame-per-second indie films of yesteryear.

In such a climate, the biggest asset a filmmaker has is an ability to find on-camera talent. He just needs to learn how to cast well.

The most popular— and most lazy —approach to casting is a phenomenon I like to call the "DJ Sampling" or "Mixtape" approach. Rather than hiring an actor to give a unique performance, filmmakers hire an actor to deliver exactly what they've done before; to be "sampled" into the new film like an old song sampled into a remix.

I cast Jonah Hill, and my film suddenly has a “Judd Apatow aura,” if not direct reference. I cast Ellen Page, and suddenly my film gets a bit of that “Juno quirky-smart charm.” But the irony of both of these examples is that these on-screen personalities were defined by a director thinking outside the box —either by casting an unknown, or by giving the actor a chance to do something different.

And here's the best part: actors want to do something different. Like every artist, they want to push their boundaries. I’ve never met an actor who will say, “You know, I’ve really nailed down the housewife-to-a-chubby-guy-on-a-sitcom character. I’m just going to ride that out for my whole career.”

So without further ado, here are my 5 Rules of Casting for the Indie Filmmaker:

1. Take an acting class. Seriously. If you’re not willing to participate in the relative safety of a good class, then you’re not ready to work with actors.

2. Hang out with actors. Get comfortable with the ups and downs of an actor’s life. Their natural performativity. Their natural insecurities. Sure, sometimes they can be annoying. But hey, you think everyone loves hanging out with directors? Actors are nutty in their own way. You need to work with that kind of nutty.

3. Make auditions interactive. I’m always amazed how passive directors are in an audition. Think about it from an actor’s perspective: they don’t have access to the pre-production meetings you’ve had. They’ve made all their choices, and prepared their audition, based solely on the text (and sometimes, they’ve only seen sides, not a full script). Sometimes they’re perfect right out of the gate. And that’s amazing, and that’s a miracle. But a lot of times, the actor is off base, and so their presentation is only the first step of a director-actor relationship. After you’ve seen what they were thinking, talk to them. Ask them to do something completely different. Ask them to do it again, but in pig latin. Ask them about their breakfast. Who cares. Just talk to them. Don’t let your own insecurity stand in their way.

4. The offer game. So you’re ignoring most of what I’ve said up until now and you want to do the savvy, Hollywood thing and try to offer a role to a recognizable name (or semi-recognizable name). The tension you need to navigate is between the actor’s natural desire to do something different and the conservation of their current status in the industry (i.e., the drive to listen to their agent).

The best thing you can do before deciding who to approach is tweak one side of a very simple equation.

You take an actor known for one type of character and you change the context. Context is the “world” of your material: be it genre, budget level, or simply the type of film. As far as the industry goes, you’re doing something familiar and recognizable, something safe. As far as the actor goes, he/she gets to be considered in a different light. Robert Downey Jr.’s always the witty, caustic, self-absorbed guy in indie films, but you put him in an iron suit and suddenly he’s an action star. Bill Murray’s always the dry wit who can be slightly mean, you put him in Lost in Translation: Oscar-nominating performance.

On the flipside: same context, different character. As far as the industry goes, the person has a track record in the genre, budget level, or type of film. But as far as the actor goes, they get to do something different. This obviously could be a cameo, but often it’s bigger than that. For instance, you take the guy who’s always the jerky, crass best friend in romantic comedies, and you make him the lead: Seth Rogen in Knocked Up. You take the leading man, and you give him the secondary, more character-y role: Christian Bale in The Fighter.

There is a genuine surfeit of great, professional actors out there.  And they’re hungry. And we have a choice. We can either rush to replicate the studios, trying to get Brad Pitt and Natalie Portman to read our scripts. Or we can take this as the perfect storm for a new golden age of acting.

If you think that’s too lofty of a goal, consider that the most lauded generation of filmmakers of the 1960s and 70s brought with them a wave of great actors. That's not an accident— it was an environment in which actors and directors supported each other, and together, consciously created a new standard of on-screen realism and excellence.

Is it any coincidence that our best contemporary filmmakers (P.T. Anderson, The Coen Brothers, Quentin Tarantino) consistently find unknown actors, or reinvent a waning career? These are visionary directors who are also visionary casters. At the core, they respect the art of acting, and are consequently willing to take a risk.

Are you an indie filmmaker or an aspiring actor? Let us know what you think in the comment section below!