‘Bottled Up’ Director Enid Zentelis on Motherhood and Environmentalism

The TFF 2013 drama about family and sacrifice is now playing at the Quad Cinema in NYC! Join us as we take a look back at our interview with writer/director Enid Zentelis from last year’s Festival. 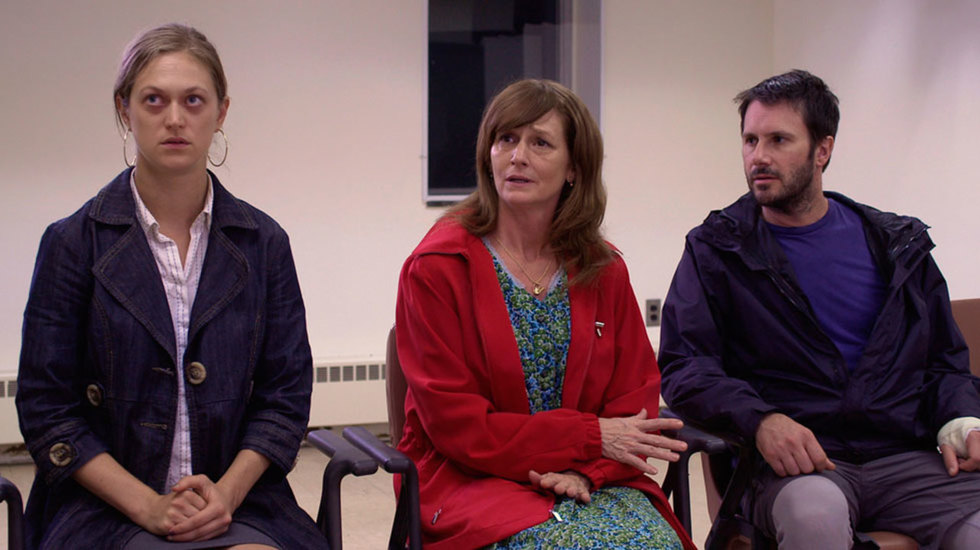 Note: This interview was originally published during the 2013 Tribeca Film Festival.

Starring Melissa Leo, Marin Ireland and Josh Hamilton, Bottled Up is a stark yet tender drama about a woman who, after months of denial, must deal with the hardships that come with love and addiction. We spoke with writer/director Enid Zentelis about working with her incredible cast, her deeply personal script and shooting one of the most difficult scenes of her career.

Tribeca: Tell us a little bit about Bottled Up. What inspired you to tell this story?

Enid Zentelis: Bottled Up is a personal story. It is fiction, but it was inspired by the very close proximity that I have to people in similar situations. And, in a way, I think the very first kernel of inspiration was my wanting to write an escapist fantasy where characters going through something are all right in the end.

However, I wanted it to be plausible and fun, because I wanted those actual characters to be able to engage, to have it speak to them and not speak just about them, and certainly not speak down to them.

Tribeca: Melissa Leo gives an incredible performance as Fay, perhaps one of the most put-upon women in recent independent cinema. She has a drug-addicted daughter, an environmentalist boyfriend/roommate who’s unsteady, and the weight of the world is on her shoulders. How did she come to the project? What were her initial reactions to the script?

EZ: Well, we were very fortunate that [Melissa Leo] came on after having read the script. So there was some excitement about the script, which I’m really proud of, and she was willing to entertain a modest production that was not, you know, necessarily one that you go are going to win an Oscar for. She was very compelled by the story and understood it as I pitched it to her. I explained that I wanted to tell a story about an enabler.

There are plenty of stories about drug addiction, and the stories are, sadly, all too predictable. And she really responded to that, because the story of the enabler can go anywhere. Melissa is an actor who can carry a scene and a close up; she has so much work going on internally that, though her character’s generally pretty passive in terms of who takes action in the story, she’s still so active and so engaging in subtle ways.

Tribeca: In addition to Melissa Leo, you have a supporting cast full of premiere New York stage actors like Marin Ireland and Josh Hamilton. How did you approach them about working on the project? Were you able to have any rehearsal time with your actors?

EZ: Melissa did an audition and we saw several incredible actresses for the role of Sylvie. Marin really stuck out because she was someone who could really carry the drama but has this innate humor about her. We want to love Sylvie. We don’t want to be angry at Sylvie but because we are angry at Sylvie, we do not get completely fed up with Fay.  Marin has this comedic quality and powerful chops.

And when Josh came on, we offered him the role immediately. He is a fantastic, amazing actor who’s very physical, which is a nice counterpoint to Melissa’s passive character and her acting style. The “opposites attract” maxim really manifested itself with their performances.

In a moment like that, you don’t want to break the dramatic tension.

Tribeca: One of my favorite things about the movie is Fay’s place of business. She works at the multi-faceted “Mail Boxes & Thangs” where customers have the opportunity to rent mailboxes, tend to postal needs, and buy coffee, donuts, wings or even get a piercing. Does such a place actually exist? Why was it important that Fay worked there?

EZ:  A place like this does exist, where, at the very least, you can get baked goods and tattoos and piercings. I added that it was a mailboxes store because the mail, the US mail, is having a hard time in this competitive world.  Plus, I’ve had so many ridiculous jobs that this sort of amalgamation came to me. It was important that Fay works there because she is a character that, despite all those things that you described, is as spirited and full of hope at her core as Josh’s character Becket.

So it’s important that the audience sees her in a work environment away from Sylvie, not a glamorous environment, but one in which she deals with people. She’s alive and she’s engaged and for me, even though the job isn’t people’s dream job, there are moments where you can see that Fay can have a future.

Tribeca: Along with self-discovery, one of the most prominent themes in Bottled Up is that of motherhood. Not only is Fay a mother to the unstable and self-destructive Slyvie, but she guides Becket on his research and provides emotional council. She ultimately sacrifices her own happiness to save them both—in different ways. What made you want to explore this theme in such a multi-faceted way?

EZ: Well, I think in the cinema, in general, the role of a mother is so marginalized and treated with  shallow consideration.  In reality, there is not a more complex role to play in all human history. I wanted to offer up this character, this woman who is displaying great, recognizable maternal acts of selflessness to the point where she’s erasing her own life. However, by exercising tough love,  she comes to find her own self.

Also, this film was greenlit the exact day I found out I was pregnant with my second child, which is just an ironic coincidence. First, I was going to direct it pregnant, and the pregnancy got very complicated and I was unable to move. After that, I said, “well, I definitely am a big proponent of breastfeeding” so it was important for me to nurse this child.  So I fashioned the production in such a way that I was able to nurse my 4-month old the whole entire time we were shooting.

That exact question you brought up was constantly on my mind. The decisions that Fay has to make, ultimately, are so incredibly difficult and, in some ways, only when you’re a parent do you realize the full magnitude of the strength that it takes. And I think this mother-daughter relationship helps to dramatize the difficulties that result from addiction to a chemical substance.

Tribeca: A line spoken by Becket near the end of the film really stood out to me: “I want to pretend to be who I want to be, not just some guy who has related better to nature than human beings.” This line rings true for Fay as well. She spends her days nursing her daughter and tending to her plants, not interacting with the outside world. What inspired you to bring these two characters together? Why are Becket’s aspirations concerning environmental activism so important?

EZ: I always knew I wanted an outsider to come and be with Fay and Sylvie, and environmental issues are hugely important to me. I’ve always been super aware of the fact that you have to be in a very privileged space to concern yourself with the environment. If you look at anyone who’s living in the third world, who is going to be the first victim of our pollutant use, they are sustenance farmers. They have to survive and do what they normally do; there’s just not enough time in the day for environmentalism. It’s a privileged issue.

So I thought, it’s a privileged issue, but, like it or not, it does already affect all of us. So I thought that is also a parallel to this addiction issue that Fay’s dealing with. I said to myself, it has teeth and it also is fodder for a romantic relationship where these two people can really bond from this love of nature and their connection to it.

Tribeca: One of the most memorable sequences in the movie is when Fay discovers Slyvie unconscious from an overdose in the bathtub and gets Becket to help wake her up and walk her down the stairs under the guise that she’s suffered a seizure. Can you talk about the specifics of shooting that scene?

EZ: The catalyst for writing that scene was that moments like that are inevitable in the lives of such people, So, because I know those lives so intimately, I knew that that scene would have to live in my movie. And in terms of staging the specifics, I had some very salient specifics in mind that I wanted to hit. For lesser actors, this would have been a most difficult day, but these highly skilled actors, who are used to doing big action and big drama, fell into the rhythm.

My team was terrific as well, though the scripting was specific.  It’s funny that you mention the stairs, because the stairs had to done in one take. Each of the 3 actors had a different opinion on how to cover them, and I won’t divulge who ultimately had the opinion that I went with. In a moment like that, you don’t want to break the dramatic tension. We did it in one take, and it was just brilliant.

Melissa [Leo] is an actor who can carry a scene and a close up.

Tribeca: The working title of the film was Something in the Water, which was later changed to Bottled Up. What was the motive behind that change?

EZ: Some people thought that Something in the Water was reminiscent of a horror film, and there are a couple more films with that title. Also, the tone in this film is on the unique side and we wanted to avoid a one-liner that seemed pretty heavy.

People at the screening were laughing more than they were clutching the sides of their seats so I wanted a title that gave the audience permission to laugh. The tone of the movie is much more open, and Bottled Up also spoke directly to the journey of Fay. And so for all those reasons, we made the switch.

EZ: So many things. I worked so hard on this, as I’m sure so many filmmakers have, day in and day out, babies attached to my ankles and other parts of me, so I’m just so happy to share it with the world.  However that world receives it, I am elated to have that opportunity to express it and bring it to a forum like Tribeca that’s so well respected.

Tribeca: What makes Bottled Up a Tribeca must-see?

EZ: Firstly, the stellar performances, and secondly, you may laugh, you may whimper, and you may never forget it. The film is timely. I think that’s probably it.

Bottled Up is currently playing at the Quad Cinema in NYC and is also available on VOD and iTunes.