Home » Tribeca News » Finding Your People: Why Filmmakers Should be on Tumblr... Now
View All News

Finding Your People: Why Filmmakers Should be on Tumblr... Now

Filmmakers, are you tapping your full potential when it comes to social media marketing? If you aren't on Tumblr, says the Center for Social Media, then the answer is a resounding "No." Their advice: Find, tag, respond, and reblog, all with a personal slant. 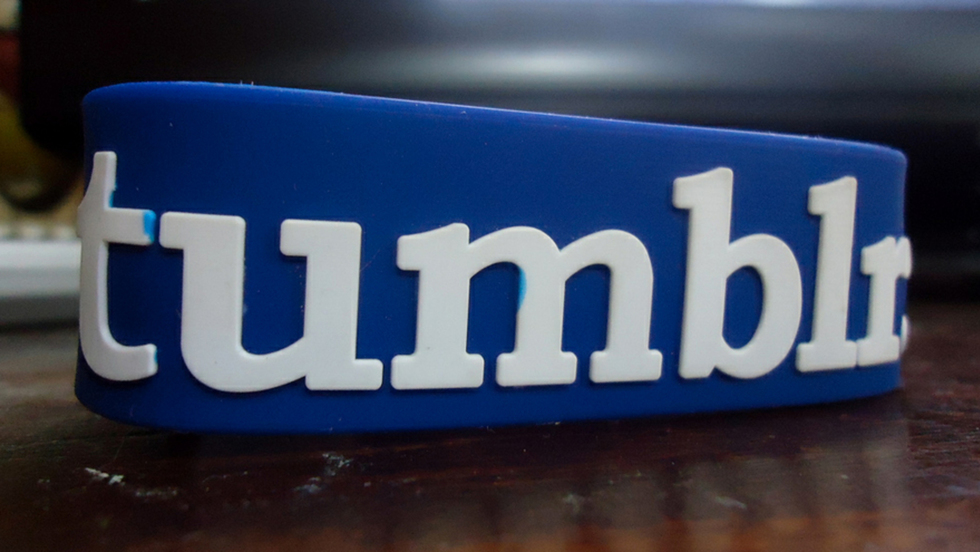 I joined Tumblr in the summer of 2010, just a few months before permanently deleting my Facebook account. I was late to the game. Tumblr was already full of people who had been there for a couple of years and they all seemed to know one another. It was a tough nut to crack, as the saying goes, and it took some time for me to develop my sites, find blogs to follow and attract my own followers.

In the last two years I’ve found a community (divided into countless sub-communities) of people willing to debate/discuss issues (at times ad nauseum); create content and share content created by others; participate in political action; promote films, books, music and art; and police one another in an effort to fend off would-be internet bullies.

It’s this enthusiasm, this willingness not just to talk but to engage and promote, that leads me to state, with conviction, filmmakers not using Tumblr are making a huge mistake.

1. People on Tumblr LOVE to discuss movies and filmmakers.
They love to share information about movies and filmmakers. They post trailers and clips and encourage people to see films. They do all this, without prompting or the request of the filmmakers, but out of their genuine enthusiasm for film or topic. Need proof? Search the Tumblr tags for The Bully Project, Byron Hurt, Gasland or How to Die in Oregon. As far as I can tell, none of these films/filmmakers have created a Tumblr presence on their own. Tumblr’s documentary enthusiasts, however, have built one for these and many other films/filmmakers. All this is to say—your film is out there, being discussed online, without you having to make a shred of effort—think of how much more discussion would be cultivated, and how much more meaningful that discussion would be, if you were participating in it!

2. The Tumblr audience is not just active, but also present.
A couple weeks ago, Bitly published a piece on the best times to post on various social networks. While sites like Twitter and Facebook have very precise and limited “best times” to post, Tumblr does not. While there are indeed BETTER times to post, it’s still a relatively liberal range. Says the Bitly article:

Tumblr likes to party! This network shows a drastically different pattern of usage from Facebook and Twitter. One should wait until at least 4pm to post. Also postings after 7pm on average receive more clicks over 24 hours than content posted mid-day during the week. Friday evening, a no-man’s land on other platforms, is an optimal time to post on Tumblr.

3. People on Tumblr love to discuss social issues.
If you search the tags for the topic of your film, I can almost guarantee you will find an ongoing debate. Think of how great that debate would be with some clips from your film to prompt more discussion or promote a screening. Now think of how all those participants will remember your film when it shows up at a festival near them or becomes available on Netflix. Your audience is already there and engaging in discussion of your topic.

4. “Old Media” has already seen a bump from Tumblr’s brand of “new media.”
Last year, editors of several magazines discussed the boost Tumblr has given to their print subscription sales.

5. Still need more convincing? Tumblr is growing. Rapidly.
Between June 2010 and June 2011, Tumblr grew by 218%. (During this time, Facebook grew 14% and Twitter grew 31%.) At the beginning of this year, Tumblr reported 15 billion monthly pageviews and 120 million monthly unique visitors. According to Techcrunch, “Tumblr now generates more pageviews per month than Wikipedia, with only a tenth as many visitors.” And at the end of March, The Next Web reported that Tumblr had doubled in size over 6 months.

Are you getting it? Tumblr is a very active community, with people who care about a large variety of issues. Odds are quite good that your film covers issues many folks on Tumblr care about. So you’ve got a built in audience, one that has targeted itself by using the tags function.

Let’s assume I’ve convinced you, and you’re signing up your Tumblr domain as we speak. Here are some ideas on ways you can make Tumblr worthwhile for you right away.

1. Make use of the tag function.
There are three ways to do this: tag your posts, search for tags, and track tags. When you tag your posts, all the people using Tumblr to track that tag will see that something new has been posted. Search for tags that are pertinent to your film and then track those tags, if you so desire. When you track a tag, you will see a button on the right side of your dashboard that will alert you to the number of new posts with that tag.

2. Find your people.
This probably sounds more difficult than it is. You can start by searching the tags and finding the people who most frequently post on the subjects of interest to you. From there, see if that group frequently re-blogs other people on Tumblr. In no time at all you’ll have created a solid group of opinion leaders.

3. Allow for replies (on individual posts) and ‘asks’ (personal messages sent directly to you) and respond.
Similarly, comment on their posts as well. People aren’t on Tumblr for the sake of being advertised to, and thus there’s a general wariness of people using the medium just for promotion. People use it to engage with others and you should too.

4. Re-blog. Seriously. Do it.
Re-blogging is perhaps the best way of indicating to your audience that not only do you share its values and interests, but that you consider each person’s opinion as one that is worthy of respect. This isn’t to say that you should just re-blog with no alteration to the post. By all means, if it’s a topic on which you know quite a bit, add to the conversation, even throw in a link to your own work. Win-win.

5. Let your followers know they’re following you, the filmmaker, not just your film.
Share photos from a day of shooting or of you on the road. Post videos—either actual clips from the film, or some sort of special feature you’ve created for your followers. Tumblr is a perfect place for a production journal (be it in text, photo, or video format).

Once you’ve found your audience and created a foundation with them, you can begin to use Tumblr in ways that should help your filmmaking. These may include crowdsourcing, fundraising, asking your followers to take social action steps or even organizing Tumblr meet-ups at screenings of your film. Tumblr users have a lot of control in creating their own experiences, and, therefore, you have a lot of possibilities in how you can creatively connect with the various communities.

The key thing here is to go do it. Get started! You have an untapped audience for your film and Tumblr isn’t getting any smaller! Go find your people!

Find The Center for Social Media on Tumblr.

Find Future of Film on Tumblr.

Note: This piece was originally posted on the Center for Social Media's blog.