Home » Tribeca News » 31 Days of Horror: Why ‘The Exorcist III’ Deserves Two Hours of Your Time
View All News

31 Days of Horror: Why ‘The Exorcist III’ Deserves Two Hours of Your Time

To celebrate the spookiest month of the year, we're exploring the cinematic macabre every day of October. Today, we argue that 'The Exorcist III' is more than worthy of your time. 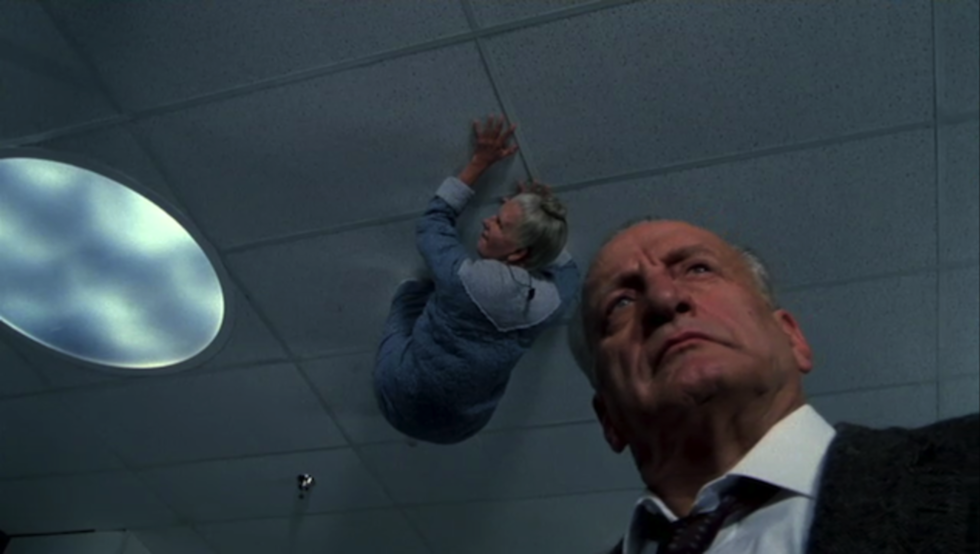 This under-appreciated and overlooked gem, The Exorcist III, is a head scratcher of a horror film that demands a watch from anyone who considers themselves even a casual fan of the genre. Wedged between the golden age of Christian-themed horror of the late 60’s/early 70’s (Rosemary’s Baby, The Omen) and its later rebirth in the mid-late 90’s (Stigmata, The Prophecy, End of Days), The Exorcist III is a strange beast that tragically never found its footing and suffered more than its share of troubles during production.

The screenplay (originally titled Legion) was penned immediately following the release of the original film by The Exorcist author William Peter Blatty and pitched to director William Friedkin, who directed first film. Mr. Friedkin subsequently passed, therefore Blatty turned the screenplay into a novel…only to be resurrected for theatres years later by Morgan Creek Productions (and after the disappointing first sequel The Exorcist II: The Heretic), with Mr. Blatty now set to direct.

However once principle photography was complete, the studio felt something was missing: an exorcism! So despite his objections, Mr. Blatty re-assembled the cast and crew to shoehorn in a new finale with all the holy water-laden trimmings, and changed the name to The Exorcist III for recognition and commercial appeal.

The pedigree of the cast alone makes this one worth viewing. Oscar-winner George C. Scott at his scenery-chewing best (see his “carp in the bathtub” monologue) stars as Lt. Kinderman who is investigating a series of brutal murders that mysteriously resemble the M.O. of the already-executed Gemini Killer, played with a magnificent and sardonic intensity by the great Brad Dourif (Child’s Play, The Lord of the Rings Trilogy). What follows is a devilish game of cat-and-mouse that is rife with pitch- black religious imagery and some viciously creative kills…the latter taking place mostly off-screen yet described in disturbing detail to great effect.

The Exorcist III also boasts one of the most random lists of noteworthy cameos ever put to celluloid. CNN’s Larry King pops in for a second, as does former U.S. Surgeon General C. Everett Coop. In one particularly haunting dream sequence, you can spot Patrick Ewing of the New York Knicks inexplicably cast as a tarot card-reading angel, an overdubbed Samuel L. Jackson as a blind man complaining about the living, and beefcake model Fabio as an angel because of course. Hell, even the Joker from the DC Comics universe makes a bizarre cameo early in the film via a desecrated church statue (don’t blink or you’ll miss it!).

But don’t let Batman villains, Fabio, or the Roman numeral ‘III’ detract you from taking The Exorcist III seriously as a horror film. Even after all of the studio interference, there is plenty left to create a truly memorable horror-cinema experience. It’s visceral, absurd, perplexing and most importantly, scary.

One shot in particular that I won’t spoil here remains as one of the most unexpected and terrifying scenes ever put to screen. All I’ll say is ‘nurses’ station’.