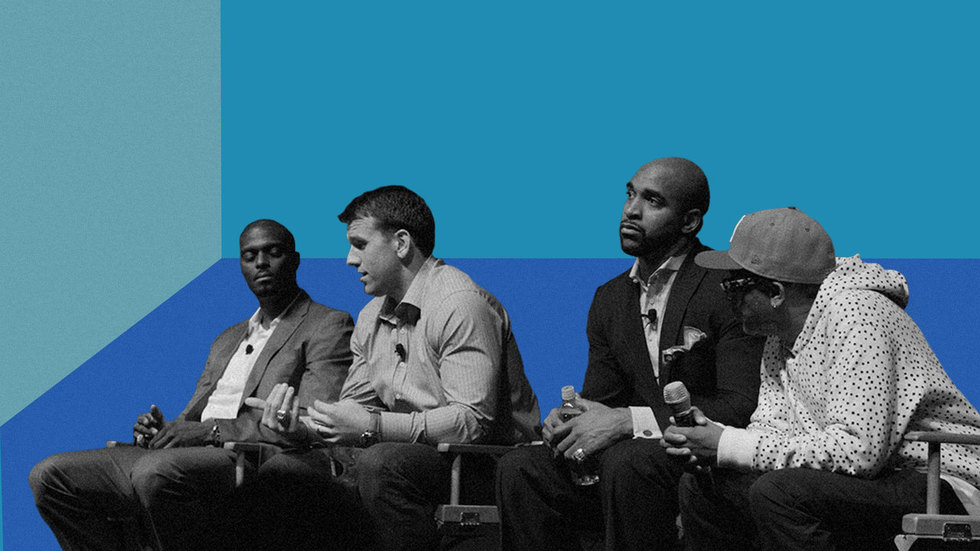 Who better to make a documentary about a New York sports team than super fan Spike Lee? With his love of film and sports, Spike Lee embarked on a mission to make The Greatest Catch Ever, a movie about what he believes to be the greatest catch of all time. During Super Bowl XLII , the Giants met with the New England Patriots who were undefeated going into the NFL finale. With two minutes left in the game, just when it looked like Giants Quarterback Eli Manning would go down, he spotted David Tyree, a veteran special teams player, and pulled off one of the most renowned plays in football history.

ESPN’s NFL reporter Michael Smith sat down with Lee and Giants players Chris Snee, Plaxico Buress, and Tyree to discuss the play in detail, as well as significant events leading up to the game. The director and athletes ultimately came to the conclusion that “history is written in single space and the margin between being a footnote and having a legendary fandom is that small.”