2014 was a great year to see New York City in all its splendor (but with warts too) on the big screen. 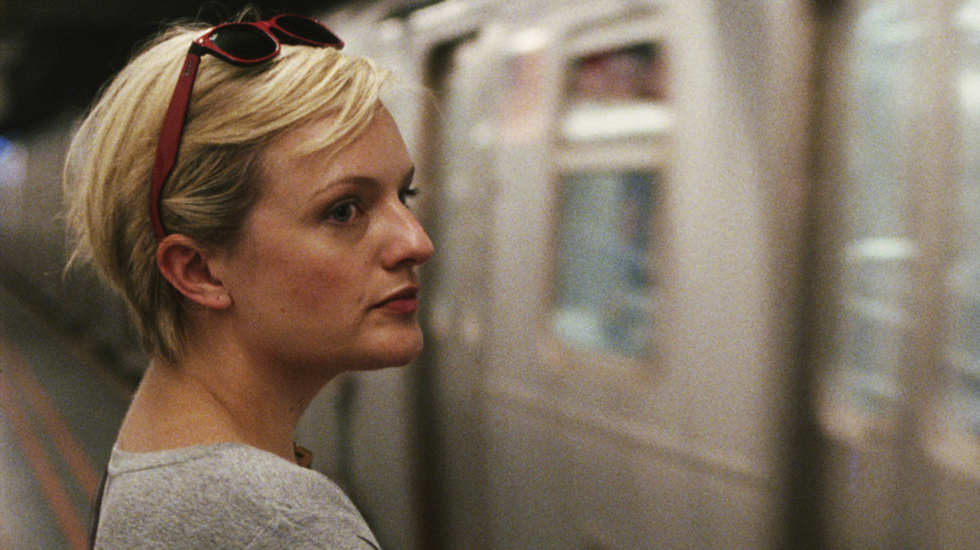 Sometimes, New Yorkers take for granted the fact that we live in the greatest city in the world (sorry, Paris and Rome!). Luckily, we have cinema to remind us how lucky we are. From indie features to Hollywood fare, these ten 2014 films are particularly notable for  showcasing NYC, borough by borough.

This TFF 2014 Closing Night Film follows Dan, a washed-up music executive (Mark Ruffalo) in need of a miracle. Enter Gretta (Keira Knightley), a singer/songwriter from London nursing a broken heart after being dumped by her rock star boyfriend. Together, the two decide to make an album recorded on the streets of NYC at  iconic locations like Washington Square Park and the Gramercy Theatre.

Alejandro González Inarritu’s ode to the New York theatre scene centers on Riggan Thomson (a revelatory Michael Keaton) who desperate to be taken seriously again as an actor despite his stint  in the superhero franchise, Birdman. Emmanuel Lubezki’s gorgeous photography captures both the bright lights of Broadway and the griminess of the Big Apple’s unforgiving streets.

New York will miss Elaine Stritch, who got her start on Broadway back in the early 1940s. Chiemi Karasawa’s TFF 2013 documentary was released this past year to major acclaim and has become even more poignant since Stritch’s passing in July. The film features clips from of the icon’s performances at famed NYC venues, particularly Cafe Carlyle and Town Hall.

Filmed entirely in Brooklyn, this TFF 2014 drama examines the complex relationship between Primo, a gang leader of the East New York Bloods, and his protégé John, the son of his murdered partner. While John contemplates joining the gang, Primo serves as his mentor, guiding him on both his future and what it means to be a man in the harsh environment of East New York.

Starring honorary Brooklynite Jason Schwartzman (never forget Bored to Death), Alex Ross Perry’s sophomore feature follows a narcissistic author as he awaits the release of his highly-anticipated second novel. The film was shot on 16mm, and the streets and interiors of Brooklyn have never looked better, drawing in audiences from the other side of the bridge and beyond.

Filmmaker Ira Sachs once again has proved himself to be one of New York’s biggest admirers. Ben (John Lithgow) and George (Alfred Molina) portray a Manhattan couple finally getting married after nearly 40 years together. Because of this act of commitment, George is fired from his job and the two are forced to move out of their apartment and live in separate places temporarily. This TFF 2014 film is a love letter to NYC, perfectly capturing the frustrations and pleasures inherent in each borough and neighborhood.

“I think of crime when I'm in a New York state of mind” is a line from Nas’ “N.Y State of Mind’ off of his revolutionary album, Time Is Illmatic. This TFF 2014 doc looks back at the making of the album 20 years later and at the Queensbridge neighborhood that helped mold Nas into the MC he is today. Audiences are able to see Nas’ humble beginnings and gain new insight into his art with the rapper himself serving as their guide.

New Yorkers are known for being fiercely independent, which makes the diagnosis of early onset Alzheimer's disease for Dr. Alice Howland (Julianne Moore) all the more devastating. As Dr. Howland tries to maintain the patterns of her life as a Columbia professor, wife and mother, the Upper West Side (and the Hamptons) serve as the background for the struggles she and her family endure as her condition  deteriorates.

Onur Turkel’s hilarious TFF 2014 could only be made in Brooklyn. Tukel stars as Eric, an emotionally stunted New Yorker approaching his 40s consumed by his insecurities and fear of commitment. When he is bitten by a vampire, Eric’s emotional issues briefly take a back seat to his hunger for blood as he roams the Brooklyn streets looking for his next meal.

Chris Rock uses the urban landscape of New York City to great effect in his latest directorial effort. Rock plays Andre Allen, a comedian recovering from addiction who longs to be taken seriously in his comeback. He meets his match in plucky journalist Chelesa Brown (Rosario Dawson) when  she follows him for a day to write a story for The Times. As the two walk the streets of New York City, they fall in love. We’ve seen this story before, but with NYC as a backdrop, it never gets old.