With films like 'The Spectacular Now' and 'Short Term 12' taking full advantage of the scores of exciting young actors coming up through the ranks, it's time to look at the new class of movie stars in waiting. (P.S. Jennifer Lawrence graduated early.) 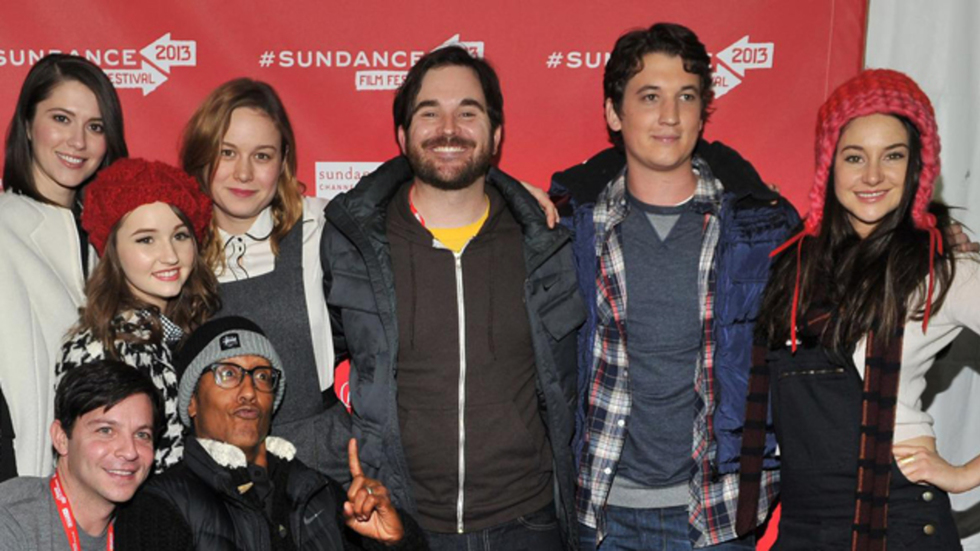 Most Likely to Succeed: Shailene Woodley
It would have been incredibly difficult to have seen this coming when Woodley began starring in the ABC Family teen soap The Secret Life of the American Teenager. But a solid and well-reviewed performance in The Descendants shook the dust off of that reputation, and now, in the wake of a beguiling and wholly impressive turn in The Spectacular Now, Woodley is suddenly THE actress of her generation, at least when it comes to casting. She nabbed the lead in the Hunger Games heir apparent, Divergent, as well as the adaptation of the novel The Fault in Our Stars.

Most Popular: Chloë Grace Moretz
The reigning queen of youth casting, Chloë Moretz is poised to enter another phase of her career with the Carrie remake headed to theaters. (She's also currently in Kick-Ass 2, but that's more housekeeping from her child-star days. Going forward, look for more stuff like playing a teen hooker in the Denzel Washington remake of The Equalizer.)

Most Versatile: Mary Elizabeth Winstead
Having bounced around from Tarantino grindhouse (Death Proof) to nerd-bait It Girl (Scott Pilgrim vs. The World) to horror-remake Final Girl (The Thing), to indie darling (Smashed), Winstead is proving to be quite adept at mixing up her style to suit a variety of genres. She's also currently in The Spectacular Now, doing her Smashed director James Ponsoldt a solid, no doubt.

Least Predictable: Miles Teller
How's this for weird: After playing teenage romance so delicately and delightfully in The Spectacular Now, Miles Teller and Shailene Woodley are set to play mortal enemies in Divergent. Teller seems to always zig when one expects him to zag. From his quiet, sensitive breakthrough in Rabbit Hole, he went on to amp up the party-boy roles in Footloose, Project X, and 21 and Over. Now he's doing the boyfriend/nemesis two-step with Woodley and poised to really break out.

Hardest Worker: Brie Larson
Since finishing up her stretch on Showtime's terribly undervalued United States of Tara, Larson has been on an absolute tear, knocking out roles in stuff like Rampart (as Woody Harrelson's daughter), Scott Pilgrim (as Scott's ex), 21 Jump Street, The Trouble With Bliss, The Spectacular Now, and the upcoming Don Jon with Joseph Gordon-Levitt. Oh, and her lead role in the soon-to-debut Short Term 12 is one of the best lead performances of the year, so it looks like that hard work paid off.

Most Promising Exchange Student: Alicia Vikander
With twin roles in costume dramas Anna Karenina and A Royal Affair last year, Vikander is poised to become America's favorite young Swedish dynamo. Up next is a role in Bill Condon's WikiLeaks drama, The Fifth Estate.

Quietest: Logan Lerman
A teen star-in-the-making since he was in grade school (and starring in the TV series Jack and Bobby), Lerman finally saw his big breakthrough with last year's The Perks of Being a Wallflower. While he plays out the string on the Percy Jackson franchise, he'll also be starring in Darran Aronofsky's epic-scale production of Noah in 2014, playing son to Russell Crowe's title character.

Most Underrewarded: Michael B. Jordan
From The Wire to Friday Night Lights to Chronicle, Michael B. Jordan just seems to drift to projects that are excellent but can't seem to make any headway when it comes to year-end recognition. Perhaps his acclaimed lead performance in Fuitvale Station is what finally does it.

Most Anti-Social: Dane DeHaan
Playing moody loners is his thing, on TV in In Treatment, as a superpowered teen in Chronicle, as an outcast with daddy issues in The Place Beyond the Pines. Coming up, he'll play yet another anti-social youth, in Kill Your Darlings opposite Daniel Radcliffe's Allen Ginsberg.

Poshest Accent: Imogen Poots
After starring opposite Penn Badgley in Greetings From Tim Buckley, and being rather beguiling in said film, Poots will next star for director Peter Bogdanovich in She's Funny That Way, as a hooker turned Broadway actress, opposite Owen Wilson.