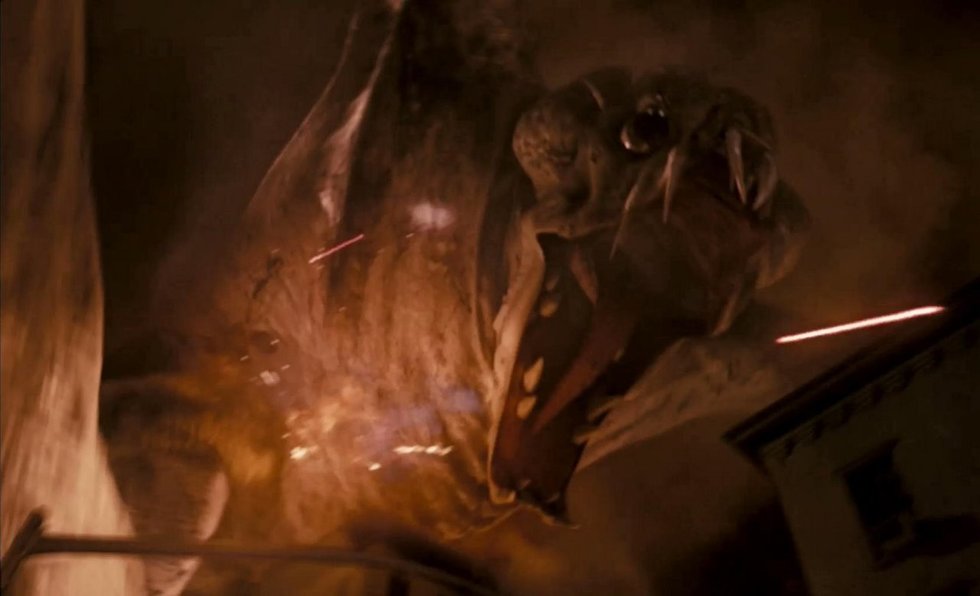 Even if you're one of the cynical few who condemn Star Wars: The Force Awakens because it's essentially A New Hope 2.0, you have to love what J.J. Abrams is doing for modern cinema: He's preserving old-fashioned, spoiler-free excitement.

No thanks to social media and clickbait's infestation, movie bloggers and other opportunistic vultures now get off on spoiling every single thing about every single potential blockbuster years before they're even released. Poke around online and you can already find out what happens in Batman v. Superman: Dawn of Justice and Captain America: Civil War; do a Google image search for Suicide Squad and you can piece together a good 45 minutes of the movie just from on-set photos and paparazzi shots. But Abrams is somehow able to keep big-deal movie secrets close to his and his collaborators chests. Nobody knew much about The Force Awakens until the week of its release. Eight years ago, even more impressively, he and his Bad Robot team unveiled a brand new movie project, enigmatically titled Cloverfield, with a trailer that played before Transformers before anyone in the industry even knew of its existence.

And he’s done that same again. Last night, the action-loving and right-wing-leaning moviegoers who checked out Michael Bay’s 13 Hours: The Secret Soldiers of Benghazi were blindsided by a mysterious trailer for something starring John Goodman, Mary Elizabeth Winstead, and The Newsroom John Gallagher, Jr.. Tommy James and the Shondells' "I Think We’re Alone Now" plays on a jukebox, and Goodman air-humps said jukebox. The three of them are holed up in what looks like an underground bunker; things seem pleasant enough. But then the trailer’s tone turns malevolent, and urgent, and someone's chained to a bed, someone else gets a bottle smashed over their head, a fire breaks out, and Winstead makes a run for the locked metal door to escape as Goodman yells at her to keep the door closed or else she’ll kill them all. And then the magic, totally unexpected word comes on screen: "Cloverfield."

Without anyone knowing, Abrams has produced a Cloverfield sequel. Or maybe it's a spinoff. Either way, it's definitely a new Cloverfield, a "blood relative" per Abrams' official statement. Its full title is 10 Cloverfield Lane, and it looks really damn good. Best of all, it’s less than three months away. 10 Cloverfield Lane opens on March 11.

Deeper investigation uncovered that 10 Cloverfield Lane is the long-in-production movie Bad Robot has been selling as Valencia with this plot description:

The majority of the movie takes place in an underground cellar, and revolves around a young woman who wakes up in the cellar after a severe car accident and fears she has been abducted. Her captor, a doomsday prepper, tells her he saved her life and that there has been a terrible chemical attack that has left the outside uninhabitable. She does not know what to believe and as tensions rise, she decides she must escape, regardless of the terrors that await outside.

My best educated guess: If the first Cloverfield, in which a Godzilla-like alien monster attacked New York City, is comparable to Steven Spielberg's War of the Worlds, then 10 Cloverfield Lane is Spielberg's movie's scenes between Tom Cruise and Tim Robbins stretched out into a full-length story. Which sounds excellent, especially when you’ve got the great John Goodman squaring off against the criminally underrated Mary Elizabeth Winstead.

An added bonus here: 10 Cloverfield Lane was co-written by Damien Chazelle, the Oscar-nominated director and writer of 2014’s indie sensation Whiplash. That may seem like a strange match of artist and subject matter at first—alien invasions and claustrophobic, Twilight Zone-esque potboilers don’t have much in common with Full Metal Jacket-inspired jazz band dramas, but what many people overlook about Chazelle is his genre-specific background. Long before Whiplash turned him into a hot commodity, Chazelle co-wrote the not very good horror sequel, not to mention idiotically titled, The Last Exorcism Part II. (A sequel to something that’s the "last" is just plain silly.) Friends with horror expert Eli Roth, Chazelle also wrote the slept-on Hitchcockian 2014 thriller Grand Piano, in which Elijah Wood plays a jittery concert pianist stuck in an orchestral Speed-like, life-or-death predicament. So he's clearly a big fan of cinematic scares.

Long story short, if you're a genre movie fan, 10 Cloverfield Lane should now be one of 2016's biggest must-sees. Abrams and Chazelle behind the camera and on the page; John Goodman and Mary Elizabeth Winstead on the screen. That's one hell of a team, and that’s not even taking into account what first-time director Dan Trachtenberg has done in the past. Just check out his impressive 2011 fan-film Portal: No Escape, based on the popular video game. Once it’s over, you'll have little doubt that 10 Cloverfield Lane could be something extremely special.