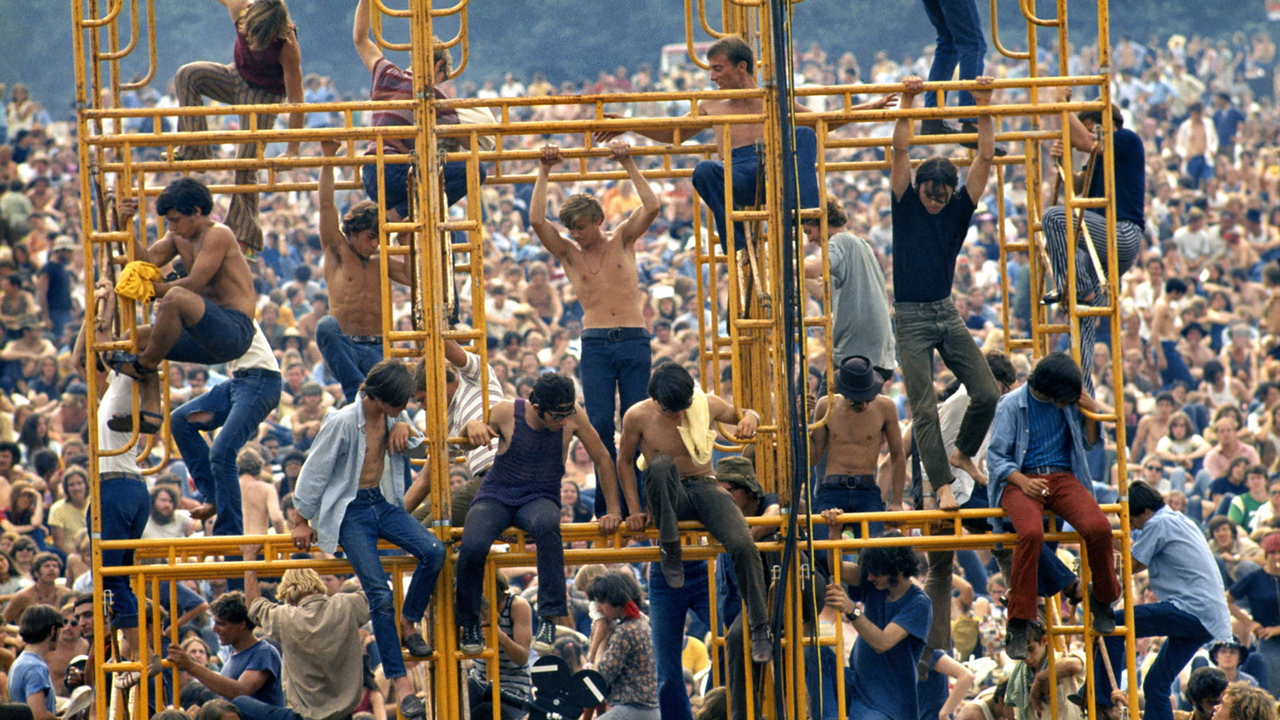 Documentary, Music
When business partners John Roberts and Joel Rosenman floated the idea of hosting an opening day party with live music to celebrate their new recording studio in Woodstock, New York, they had no idea what it would eventually become: a pilgrimage of 500,000 like-minded radicals and hippies to Max Yasgur’s farm in Bethel, where they would find spiritual reassurance and release in a celebration of freedom.

50 years later, Barak Goodman’s electric retelling of the three-day music festival captures the zeitgeist of the time. Structured faithfully around audio testimony from attendees, Woodstock: Three Days That Defined a Generation focuses not just on how it all came to be, despite enormous challenges, but how it felt for it to happen: an endless traffic backup was elevated to a communal experience, and a food shortage became a collaboration rather than a disaster. The incredible performances spotlighted in the film, from Jimi Hendrix to Joan Baez to Crosby, Stills, and Nash—form the backdrop to what is fundamentally the audience’s story. Woodstock takes us all back to a time and a place now captured in a time capsule, but also reminds us of the immediacy that love, music and shared experience can elicit.