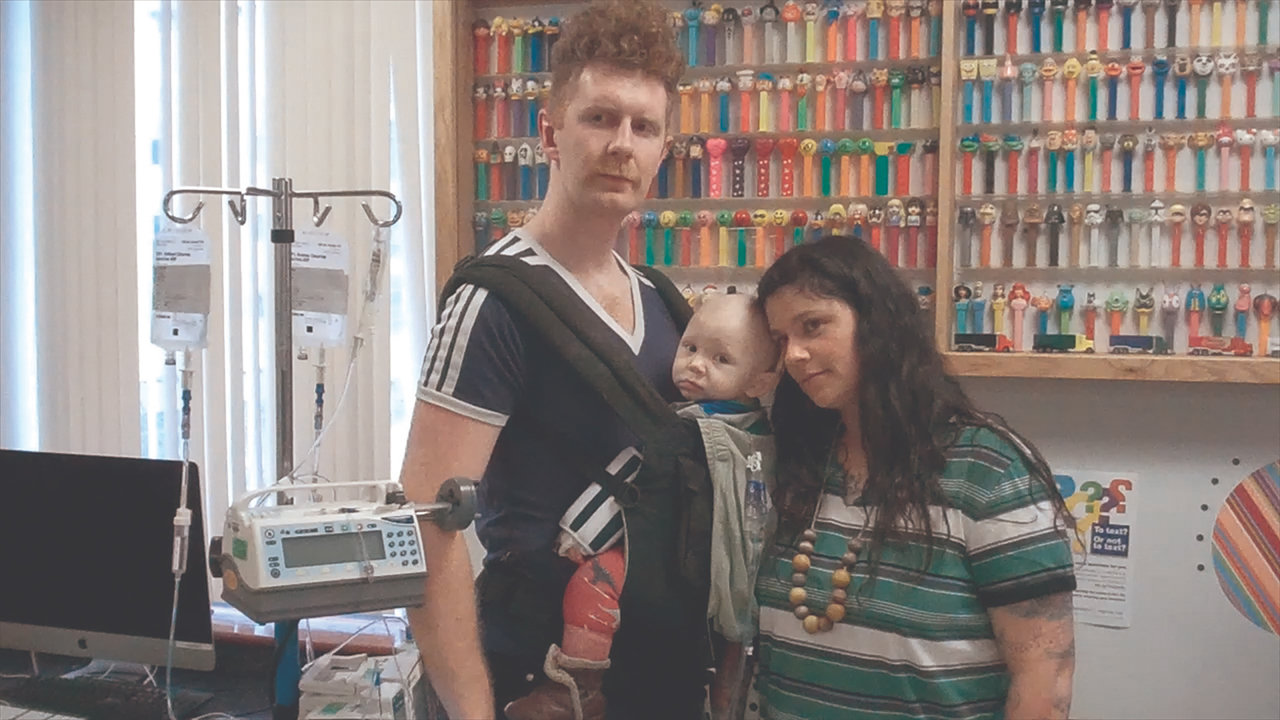 Documentary, Drama, Politics
When their son Waldo is just six months old, Brian and Danielle Dwyer notice that he's experiencing difficulties with his vision. Receiving the devastating diagnosis of eye cancer, the parents follow doctors’ orders and begin chemotherapy on their infant. But when the chemo causes Waldo to become violently ill, they begin a desperate search for alternative therapies, and what they come across is an all-natural, chemical-free option: weed.

Alienating their friends, colleagues, and family—and without telling their pediatrician—Brian and Danielle make the controversial decision to treat Waldo with CBD oil. The triumphant results are captured in the film which includes joyous footage of the family as they uplift their lives from Philadelphia and build a new home on a cannabis farm. This documentary is a love letter from father to son.

Whoopi Goldberg is one of an elite group of artists who have won the Academy Award®, Grammy, Emmy, and Tony. Among her film roles are The Color Purple (Oscar® nomination and Golden Globe Award), Ghost (Oscar® and Golden Globe wins), Jumpin’ Jack Flash, Sister Act, Made in America, Boys on the Side, Ghosts of Mississippi, How Stella Got Her Groove Back, Girl Interrupted, and For Colored Girls. Among her extensive Broadway theater credits, she won the Tony for producing Thoroughly Modern Millie and produced Tony nominee Sister Act, which is currently playing throughout the world. She can be seen on The View. Whoopi is thrilled to be making her directorial debut with the Tribeca Film Festival.

Dr. Junella Chin is an advocate for better understanding of the science and medicine of cannabis. At her practice, MedLeafRx, she and her team of doctors are bicoastal, servicing patients of California and New York. They have been integrating medical cannabis into treatment since 2001. Her work has been featured in in St. Jude’s Medical, Huffington Post, USA Today, and NBC TODAY, among others. Her new book, Cannabis and CBD for Health and Wellness, will be released through Penguin Random House in June 2019.

Danielle Dwyer (“Yin”) was born in Tarzana, California in 1982. Yin now lives in Bellingham, WA with her husband and five year-old son, Waldo. For the last four years, she has been practicing Thai Bodywork and currently runs the Open Healing Clinic, a donations-based community clinic that supports self-healing through alternative medicine. Yin is an advocate for mindful cannabis use and, having studied holistic medicine for nearly a decade, believes in its profound natural health applications. She loves to sing, often with her Bellingham-based Wild Choir, and loves to swim in natural bodies of water and connect with others.

Lily is married with three children and lives in Colorado. In June, 2018 she was diagnosed with pancreatic cancer, stage 4. She splits her treatments between the University of Colorado in Denver and Memorial Sloan Kettering in Westchester. Right from the beginning, Lily vowed to “not be a statistic” and “to live in love, not fear”. Lily met Dr. Chin last July through MSK and has been following her cannabis protocol ever since. At her last CT scan (3/2019), the tumor in the pancreas and liver had shrunk by 20%.