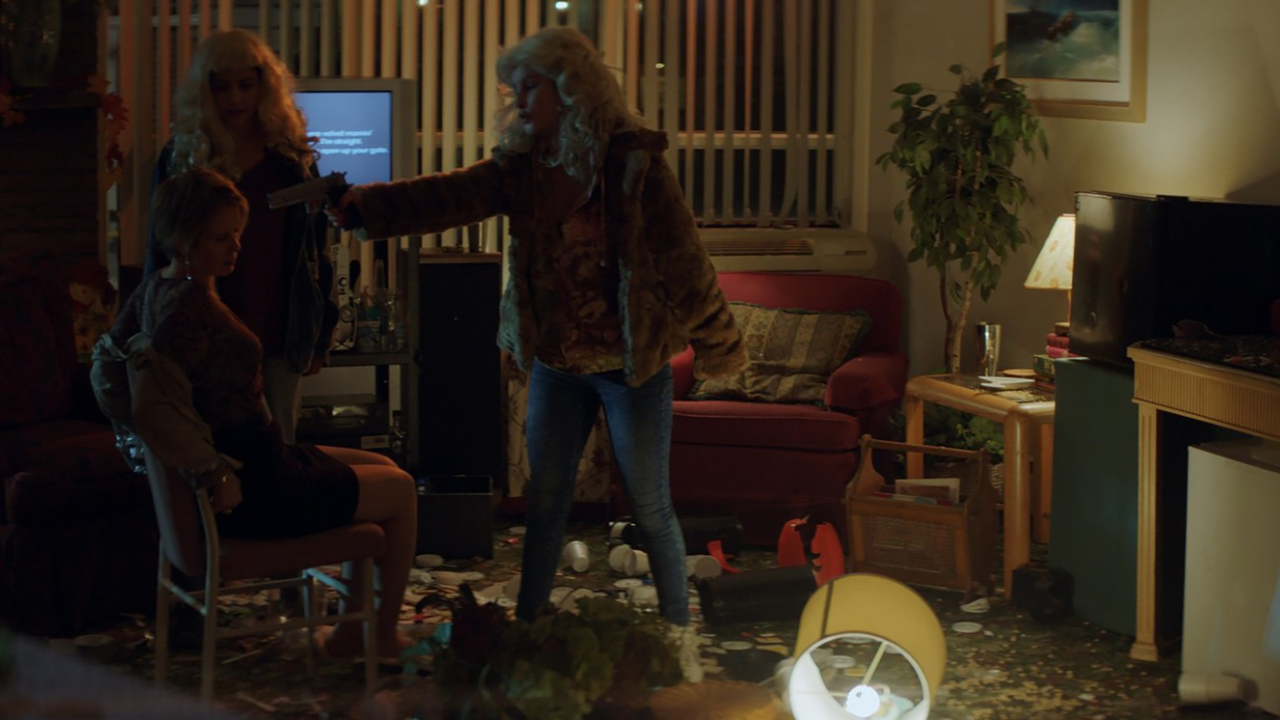 Drama, Thriller
Early in Stray Dolls, a passport is unceremoniously shredded unbeknownst to its owner, Riz (Geetanjali Thapa), an action that stands in stark contrast to the owner’s hopes for a new beginning. This duality propels the action of Sonejuhi Sinha’s moody and atmospheric thriller. Leaving India behind to break with a life of petty crime, Riz arrives stateside and gets a housekeeping job at the decidedly landlocked Tides Plaza Motel. Its manager Una (Cynthia Nixon) houses and employs several other young people in dire straits, including Dallas (Olivia DeJonge), Riz’s new roommate. At first antagonistic, the girls soon realize that their opposite personalities complement each other. Dallas is a bit of a wild card, hooking up with a skeezy dealer (Robert Aramayo) who is also Una’s son, whereas Riz is guarded but stolid, reluctant to take any route forward that isn’t entirely legal.

Sinha’s style is seductive and sensory, swathed in vibrant gel lights and rushes of primal tactility, which she uses to keep motivations and actions murky. She immerses her characters in a dense fog, the safest direction unknown and notions of “right” and “wrong” becoming increasingly irrelevant. 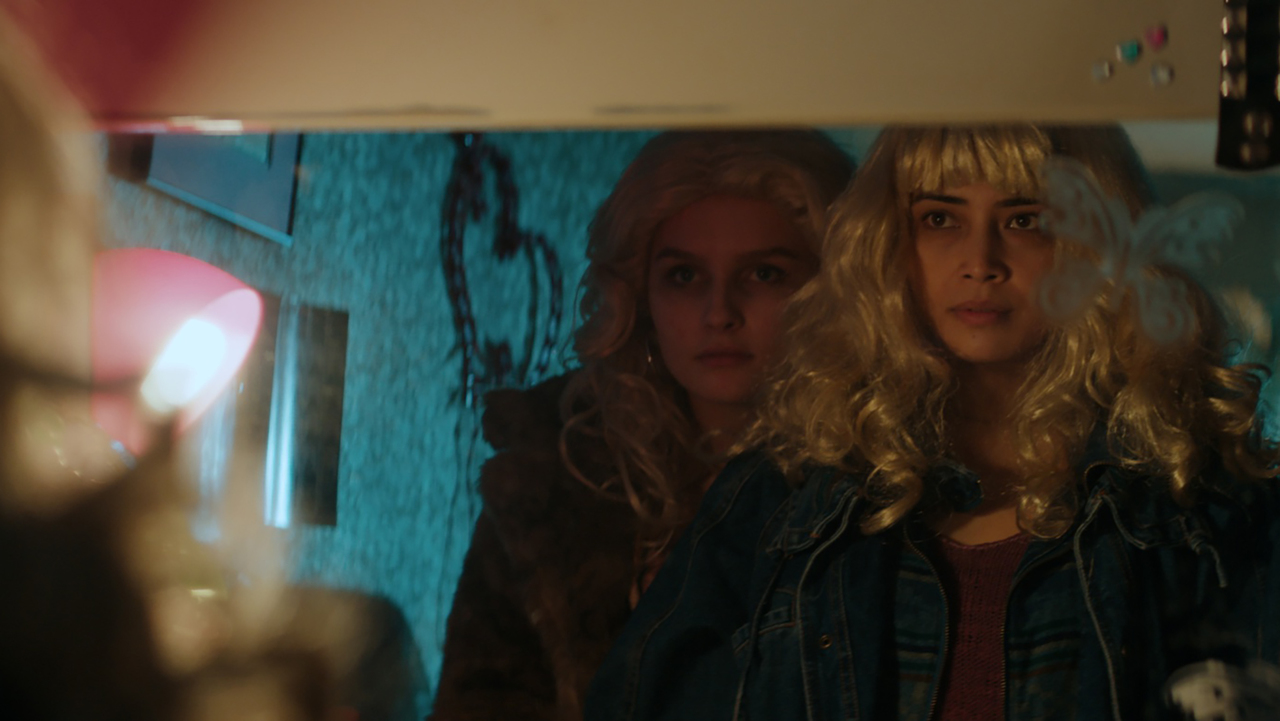