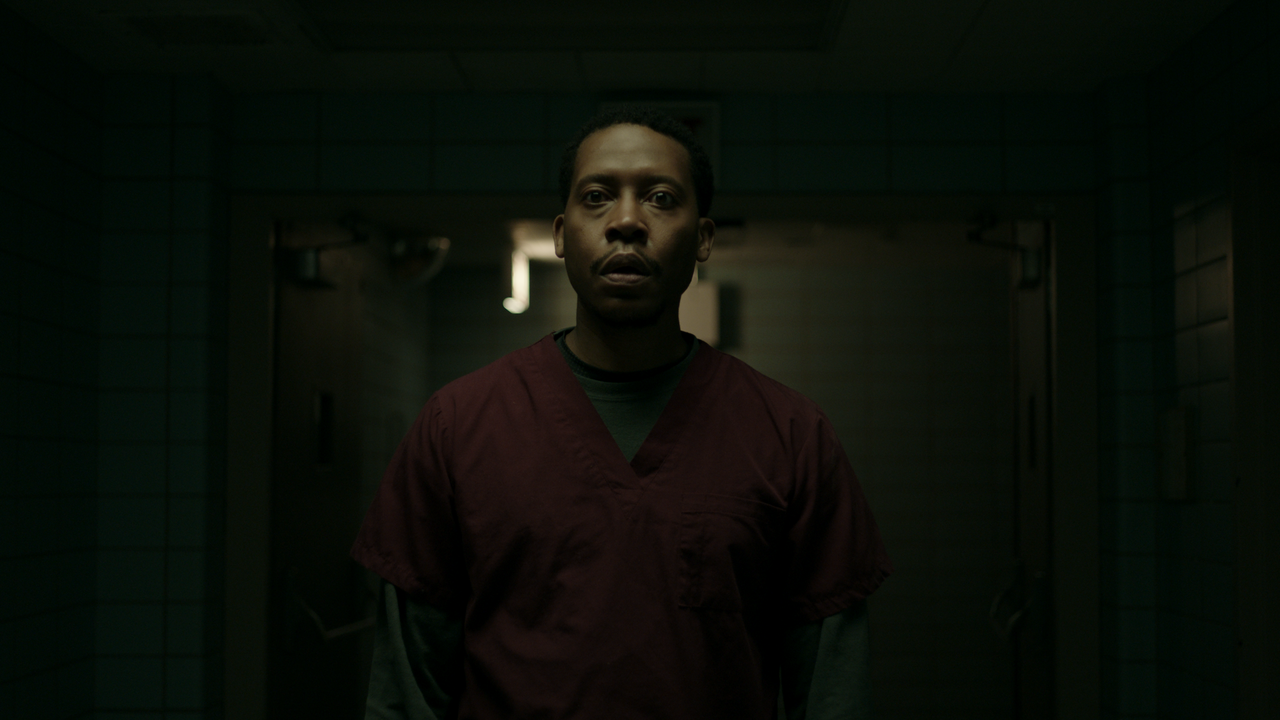 After treating an older patient near the end of her life and collapsing, resident doctor James Hayman (Namir Smallwood) transfers to a rural hospital in Greenville for the second year of his residency for a fresh start. Having trouble connecting with patients, his superior Dr. Harrison (Michael Potts) urges him to be more personable and take a “Bedside Technique” class. When James becomes consumed with the case of young asthma patient Helen Adso (Sidney Flanigan), demons from his past begin haunting him and make him question the intentions of Helen’s mother (Rebecca Spense). As an injured ankle flares up and James is confronted with hospital bureaucracy, his nightmares magnify his anxiety and his reality starts to unravel.

In Alex Thompson’s follow up to his highly acclaimed Saint Frances (2019), he achieves engrossing psychological horror through assured visual language anchored by a captivating lead performance by newcomer Smallwood in his first feature film. After her breakout performance in Never Rarely Sometimes Always (2020), Flanigan delivers an understated emotional performance as Helen.--Judd Taylor

Alex Thompson is a writer, director and producer based in Chicago. His debut feature Saint Frances, premiered at the '19 SXSW Film Festival and won the Grand Jury prize for "Breakthrough Voice" and the Audience Award. His hobbies including sport climbing and cooking.