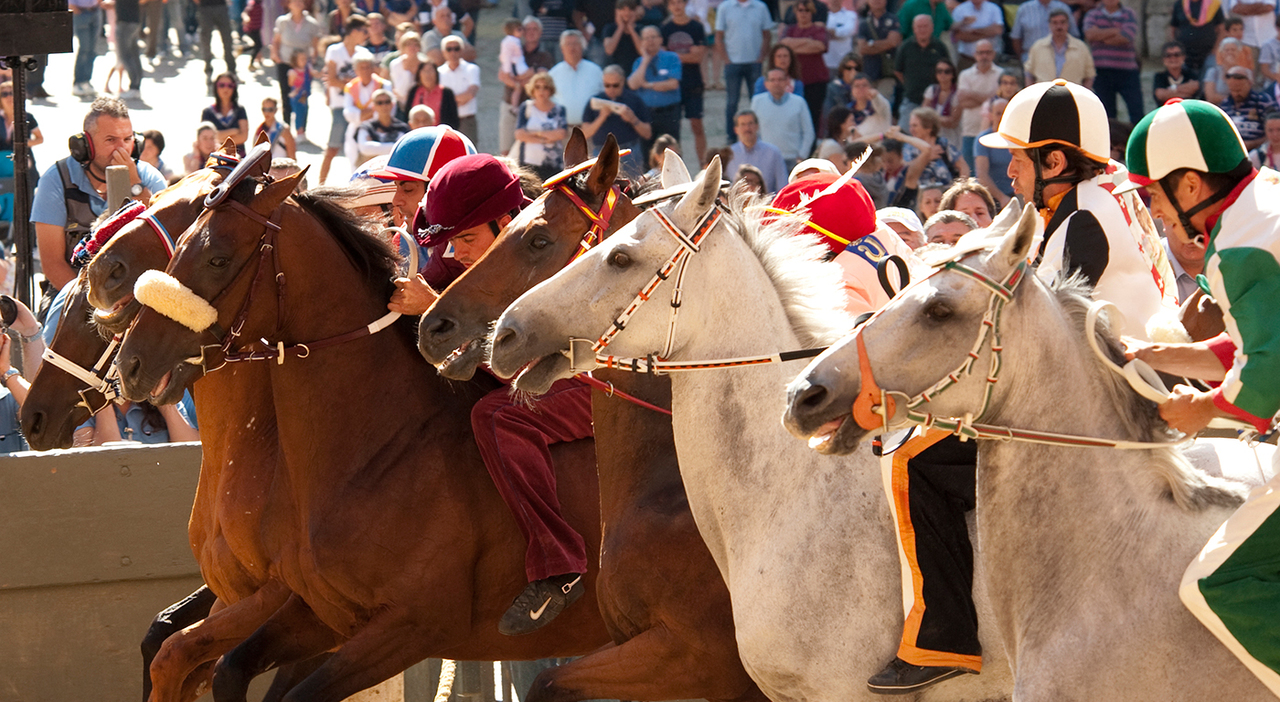 Documentary
In the heart of Tuscany, the dusty terra-cotta-tinged city of Siena is home to the world’s oldest horse race: the Palio. Twice a summer jockeys representing ten of the city’s historic districts maneuver through a frenzied course in the central Piazza del Campo, cheered and jeered in equal measure by passionate local supporters. The cutthroat spirit of the race speaks to its medieval roots, as riders are compelled to do whatever it takes to win both on the course and off; to succeed in the Palio taking bribes and making deals is just as essential as being a good rider. A master of the game’s complex strategies, renowned jockey Gigi Bruschelli needs just two more victories to become the winningest rider in the Palio’s storied history. But his former trainee Giovanni Atzeni, a young upstart keen to enter the pantheon of the race’s legends, stands in the way of his throne. With breathtaking cinematography, director Cosima Spender’s enthralling documentary captures the intensity of the event as well as the beauty of Siena. All together creating a mesmerizing portrait of an age-old tradition and the larger-than-life personalities who keep the spirit of the race alive each year.—Ian HollanderThis feature is preceded by a short film from Marvel Entertainment and ESPN Films' 1 of 1: Origins series, Danica Patrick: Star race car driver Danica Patrick retells the moment she discovered her super power as a 10 year-old racing go-carts. It was on a little track in rural Beloit, Wisconsin where she discovered that she would do anything to win, and found the internal drive and focus to accomplish greatness. 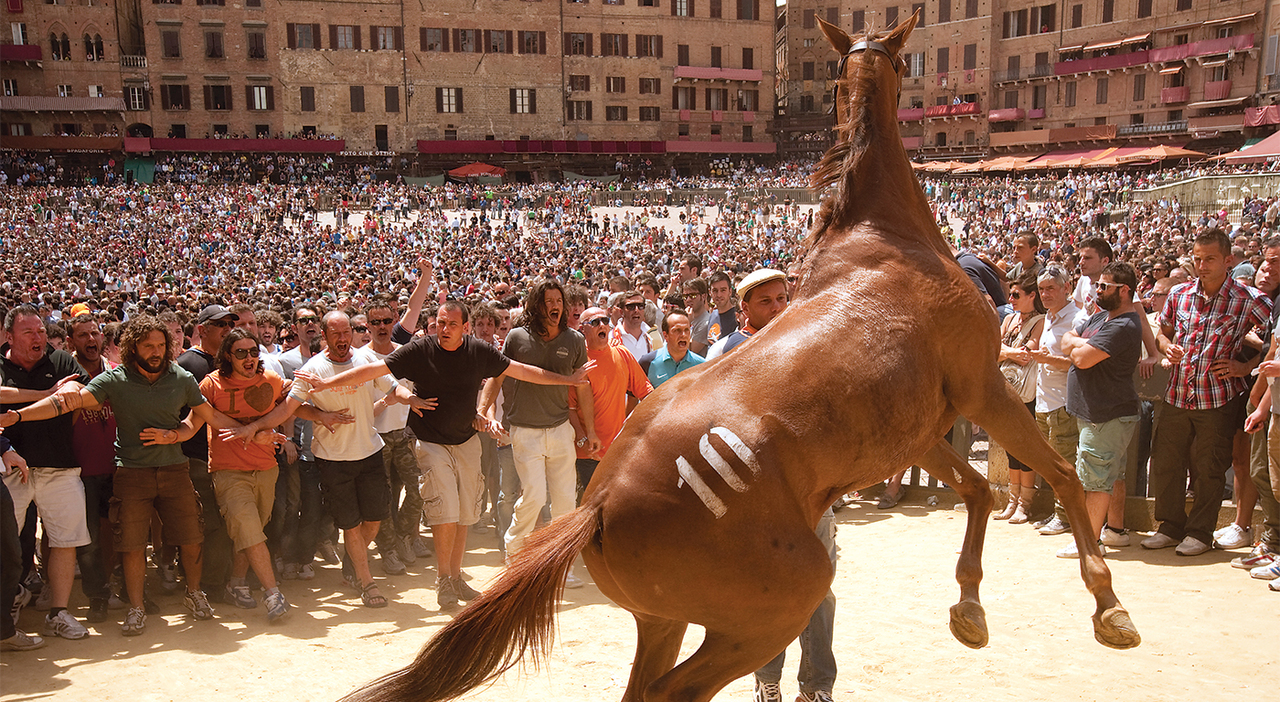 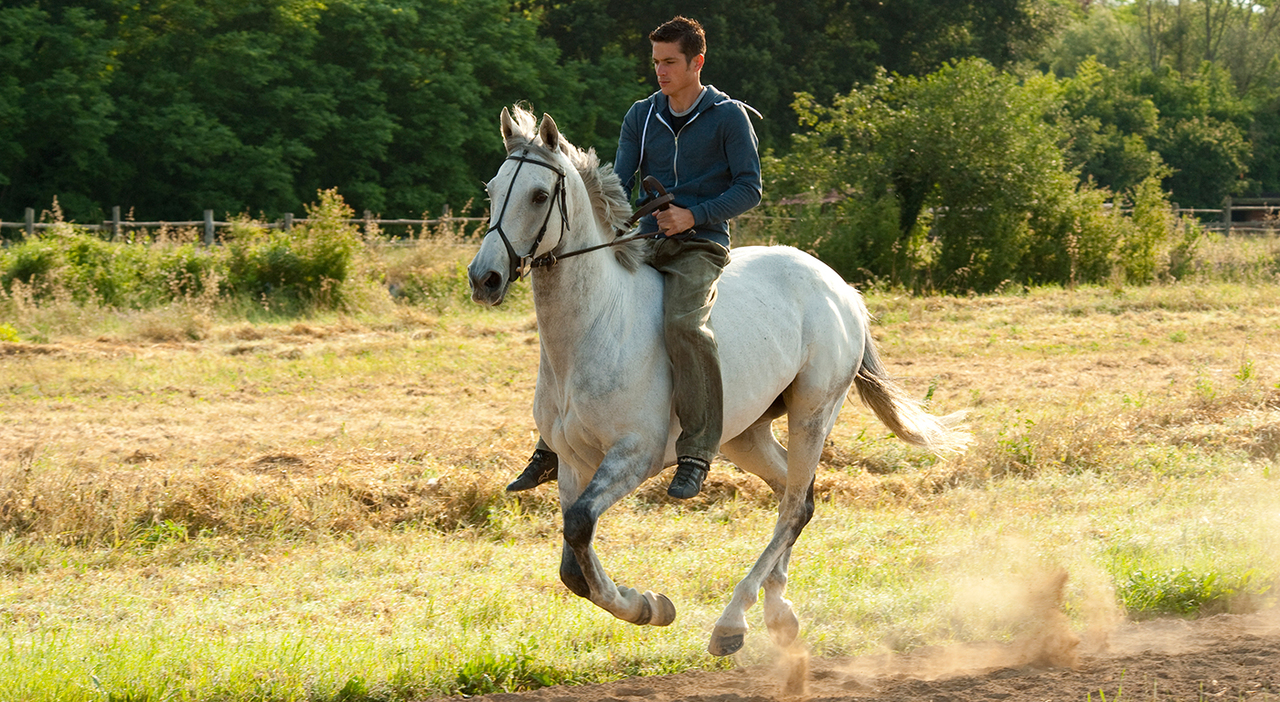