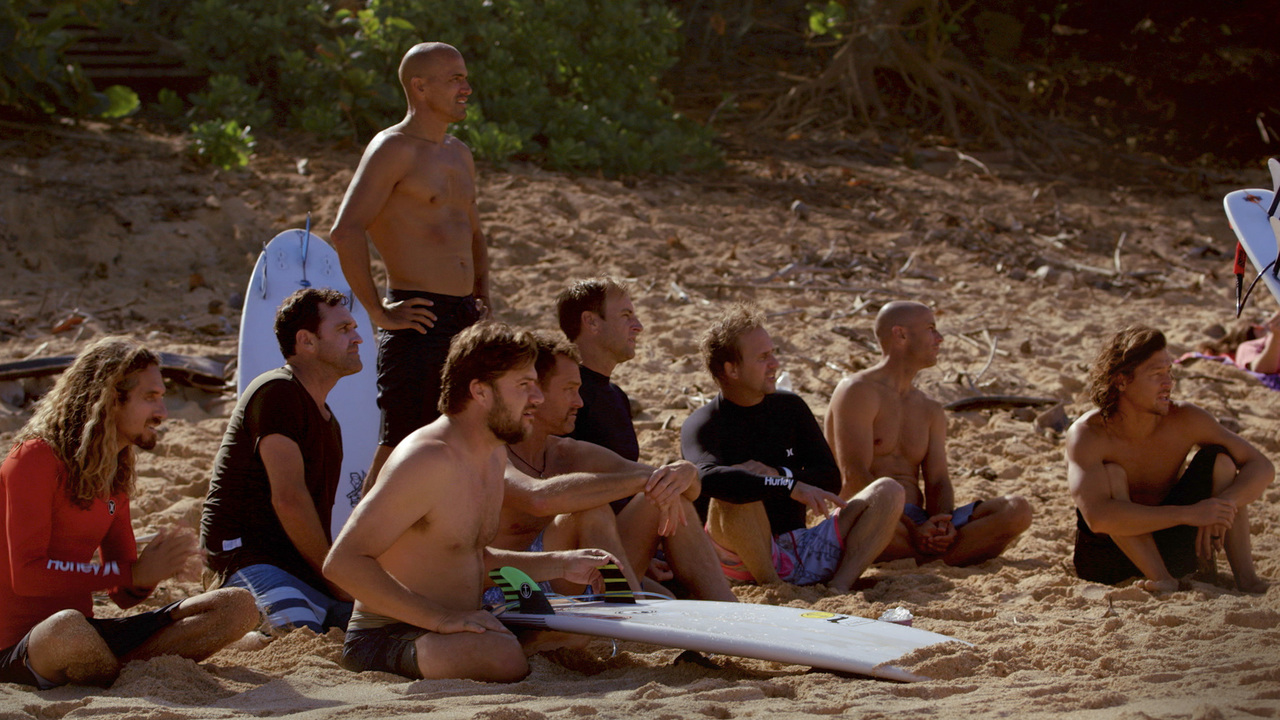 Drama, Tribeca Film Festival Alumni
In the late ’80s, surfing was still in the early stages of its ascent to broad popularity and entrenched professionalization. On the north shore of O’ahu, a ragtag group of teenage surfers congregated in a small house with easy access to the infamous surfing spot known as the Pipeline. Some, having already built careers surfing smaller waves in Florida and California, were there to prove themselves against the best surfers in Hawaii, while others were young locals looking for a group of guys to surf with—and all sought a community of people on whom they could depend, in ways they never found in their own volatile home lives. This younger generation, living together like canned sardines, would go on to become the most influential contingent of athletes the sport had seen. They were the Momentum Generation, and they brought surfing to unprecedented heights.

Through a combination of archival footage and interviews with this legendary crew, including surfers Kelly Slater, Rob Machado, Shane Dorian, Kalani Robb, Taylor Steele, and Pat O’Connell, Momentum Generation directors Jeff and Michael Zimbalist transport audiences to the moment when this microcosm of a sport catalyzed a seismic shift—the moment when a group of guys, fueled in equal measure by camaraderie and competition, broke records, won world titles, and redefined a sport forever.