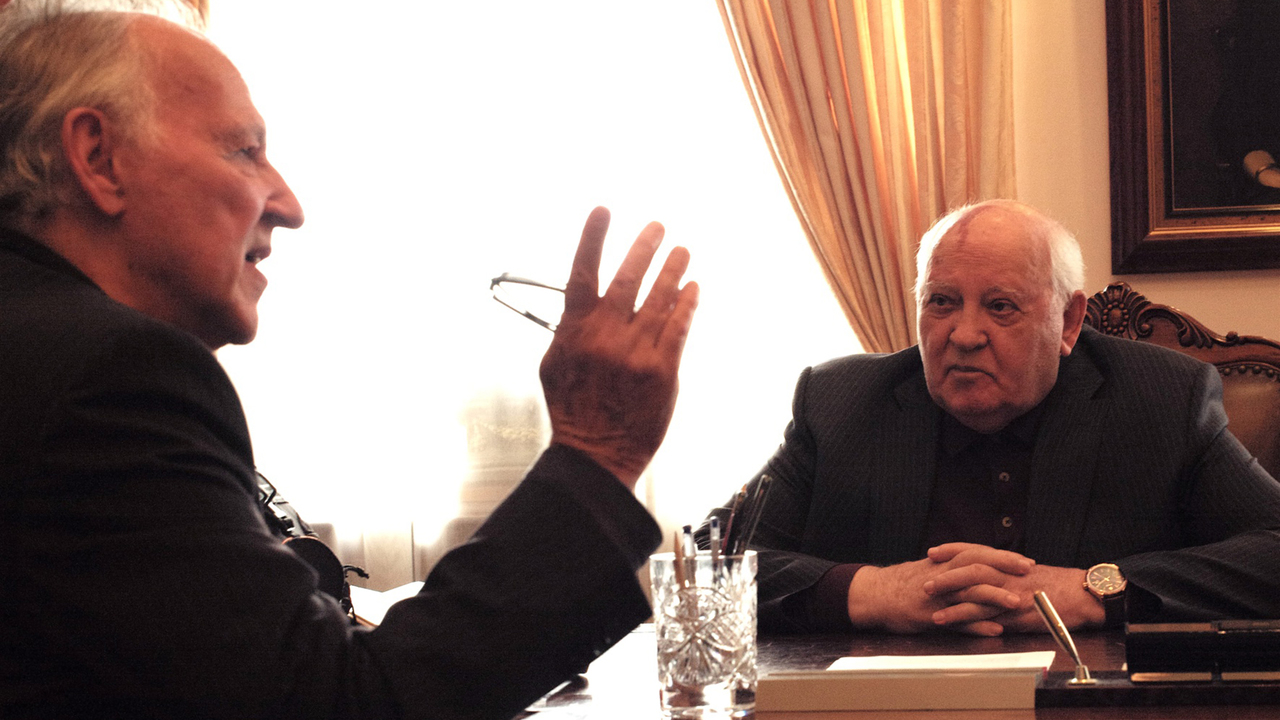 Documentary, Politics, Biography, Journalism
As the eighth and final leader of the Soviet Union, Mikhail Gorbachev is a figure equally defined by the vision of transparency that led his efforts to expand and restructure his nation, and the lost potential left in the wake of the USSR’s disintegration. Now nearly three decades since his removal from power, the 87-year-old Gorbachev sits down with legendary filmmaker Werner Herzog for a wide-spanning conversation on his life and legacy, at a time when the former President finds himself more removed than ever from the defining ideologies of Russian leadership.

Teaming up with frequent collaborator Andre Singer and filmed over the course of six months, Herzog approaches his subject with equal parts admiration and pity. As the duo explore the conditions of Gorbachev’s unlikely rise to power through a surprisingly candid and friendly rapport, Herzog’s ever-present themes soon emerge, as the director shapes a timely portrait of the absurdly unstable and temporal nature of those in the world’s most powerful positions.

After the Premiere Screening: Director Werner Herzog will be in conversation with his frequent collaborator and Professor of Classical Studies at Boston University Herb Golder.

Werner Herzog was born in Munich. He has written, produced, and directed more than 50 films, published books of prose, staged several operas, acted in films, and founded the Rogue Film School. His most recent films are Into the Inferno (2016) and Salt and Fire (2016).

Herbert Golder is a Professor of Classical Studies at Boston University and the Editor-in-Chief of Arion, A Journal of Humanities and the Classics. Golder is also a filmmaker and a longtime collaborator of Werner Herzog, having worked with him on ten films, features and documentaries. Golder’s own recent documentary about Herzog, Ballad of A Righteous Merchant, is currently playing in festivals worldwide.