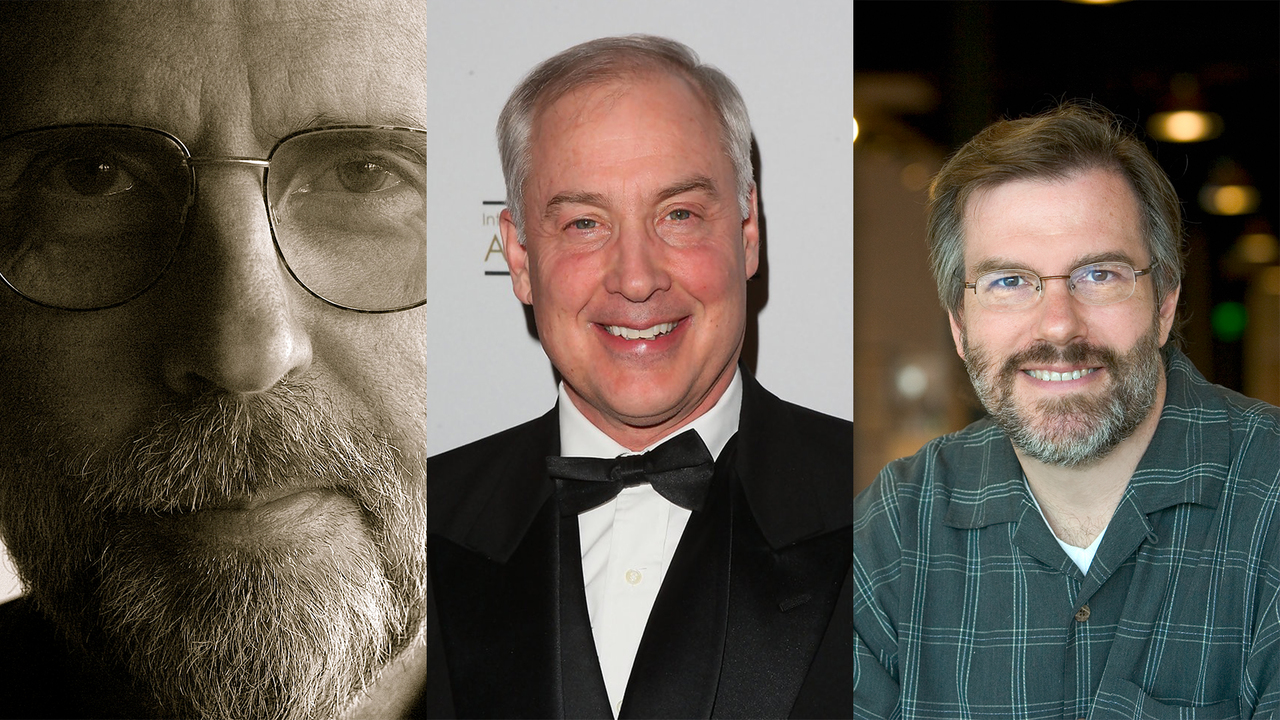 Following the world premiere screening of Making Waves: The Art of Cinematic Sound, several of the industry's most legendary and decorated sound designers will come together in conversation to discuss the art and craft of sound design. Oscar winner Walter Murch created indelible soundscapes on such films as The Conversation, The Godfather and The English Patient, winning three Academy Awards® including for his work on Apocalypse Now, where he coined the term "sound designer." Ben Burtt transported audiences to a galaxy far, far away, winning Academy Awards® for his masterful sound work on such films as Star Wars, Raiders of the Lost Ark, E.T. The Extra-Terrestrial, and Indiana Jones and the Last Crusade. Gary Rydstrom created visionary sound designs on such iconic films as Jurassic Park, Toy Story, Titanic, and Saving Private Ryan, and has won a total of seven Academy Awards® and two Career Achievement Awards.Midge Costin is the producer and director of Making Waves: The Art of Cinematic Sound, the Kay Rose Chair in the Art of Sound Editing at the University of Southern California, and an established sound designer in her own right, having worked on such memorable films as Crimson Tide, Armageddon and Cry Baby. Join these illustrious sound designers as they speak to their creative process and illuminate how their work has evolved the craft of sound on film. Moderated by the Director of the Dolby® Institute Glenn Kiser.

Ben Burtt has more than 35 years of experience as a writer, director, film editor, sound designer, and sound mixer. Burtt received Academy Awards® for Star Wars, Raiders of the Lost Ark, E.T. The Extra-Terrestrial, and Indiana Jones and the Last Crusade. Burtt is the voice of Pixar’s robot, Wall-E. Burtt’s IMAX films as director include Blue Planet, Destiny in Space, and Special Effects: Anything Can Happen. Recently Burtt served as sound designer for Star Trek, Indiana Jones and the Crystal Skull, Munich, Super 8, Lincoln, Star Trek Into Darkness, and Star Wars: The Force Awakens.

At Skywalker Sound, Gary Rydstrom has sound designed and mixed many films, including Terminator 2, Jurassic Park, A River Runs Through It, Toy Story, Quiz Show, Titanic, Saving Private Ryan, Punch-Drunk Love, Finding Nemo, and Ready Player One. He has won seven Academy Awards® for sound and Career Achievement Awards from both the Cinema Audio Society and Motion Picture Sound Editors. For Pixar, he directed two shorts, the Academy Award®-nominated Lifted and Toy Story Toons: Hawaiian Vacation. Rydstrom is a native of Chicago and a graduate of the School of Cinema at the University of Southern California.

Glenn Kiser is Director of the Dolby® Institute, an initiative to educate and inspire filmmakers and content creators about the creative use of sound and image in storytelling. Previously, Kiser ran Lucasfilm’s Skywalker Sound, where he oversaw sound work on films including Avatar, Wall-E, The Social Network, and the Star Wars prequels. Before joining Skywalker, Kiser was a post production executive at Propaganda Films, where he worked with directors including David Fincher, Spike Jonze, and Jane Campion. Kiser is also a filmmaker, and his latest short film, Sabbatical, won numerous awards and played over 40 film festivals around the globe.

Producer/Director Midge Costin holds the Kay Rose Endowed Chair in the Art of Sound Editing at University of Southern California School of Cinematic Arts. She has been a sound editor in Hollywood where her work is featured in Oscar-nominated films for Sound Editing such as Crimson Tide and Armageddon. Costin worked her way up editing sound at a time when very few women were cutting FX in Hollywood. As a passionate teacher and advocate for creative use of sound in the cinematic arts, Costin has traveled internationally to lecture on sound design and her experience editing in Hollywood.

Walter Murch began editing sound on Francis Ford Coppola's The Rain People, then George Lucas’ American Graffiti and Coppola’s The Godfather: Part II. He won his first Academy Award® nomination for The Conversation and his first Academy Award® for Apocalypse Now. And then an unprecedented double Academy Award® for Best Sound and Best Film Editing on The English Patient. On Apocalypse Now, Murch coined the term sound designer, and along with colleagues such as Ben Burtt, helped to elevate the art and impact of film sound to a new level. For his latest film, Coup 53, he is the editor, writer, and plays himself.