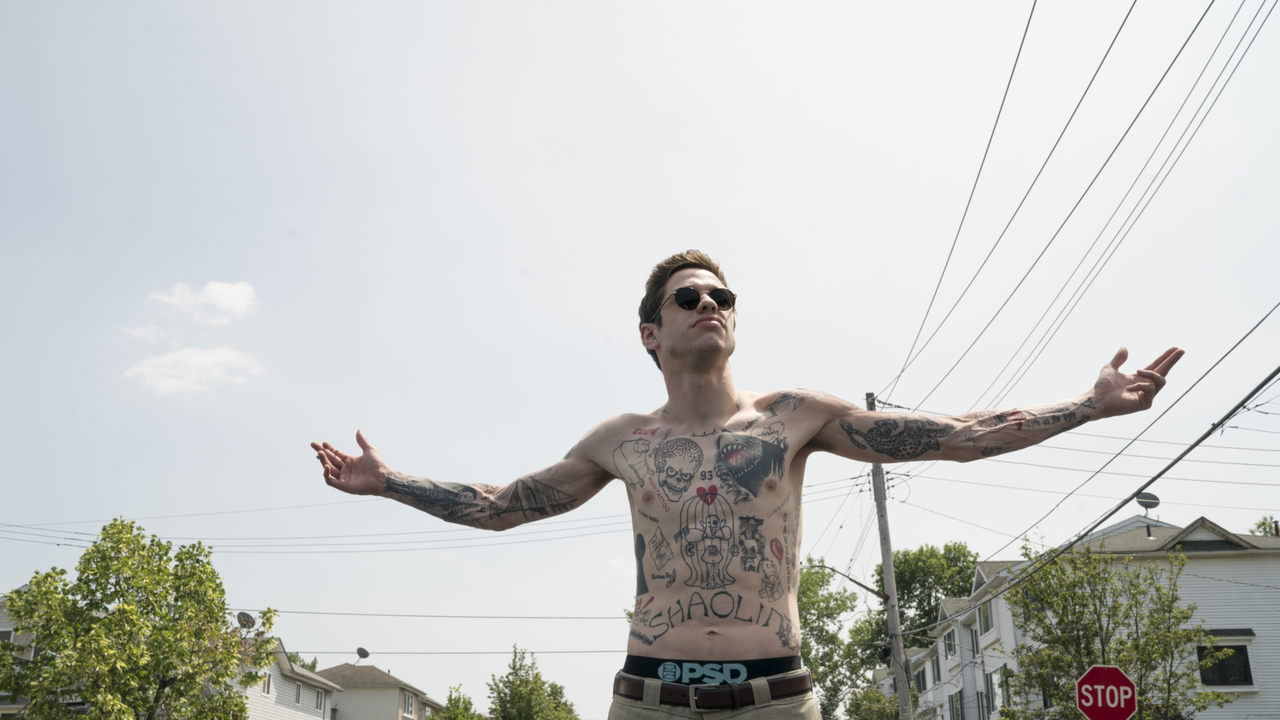 THE KING OF STATEN ISLAND

Staten Island’s own Pete Davidson (Saturday Night Live) stars in a semi-autobiographical story of arrested development in Judd Apatow’s latest eminently watchable homage to underdogs. Playing Scott, a loveable but misguided stoner living in his mother’s house, Davidson spends his days wandering the summer streets of his beloved borough, smoking on his basement couch, tattooing his buddies, and generally avoiding growing up. When his little sister (Maude Apatow) goes away to college and a new man (Bill Burr) enters his mother’s (Marisa Tomei) life, his lack of motivation and emotional struggles rooted in his firefighter father’s death become pointedly clear. As his mother’s life takes on a new and exciting shape, Scott finds himself forced to face the inevitable—moving on.

Joining Davidson in his first starring role is a hilarious cast of beloved actors, including Marisa Tomei, Bill Burr, Bel Powley, and Steve Buscemi. Together they paint a modern New York tale of growing up, grieving, and finding new life in a familiar place. Don’t miss this highly anticipated and very funny ode to New York’s forgotten borough.—Liza Domnitz

Judd Apatow is one of the most sought-after comedy minds and is closely associated with many films and hit TV shows over the last decade and a half. His film credits include The 40-Year-Old Virgin, Bridesmaids, Forgetting Sarah Marshall, Anchorman, and numerous others. He co-executive produced HBO’s Girls and Crashing, and Netflix’s Love.