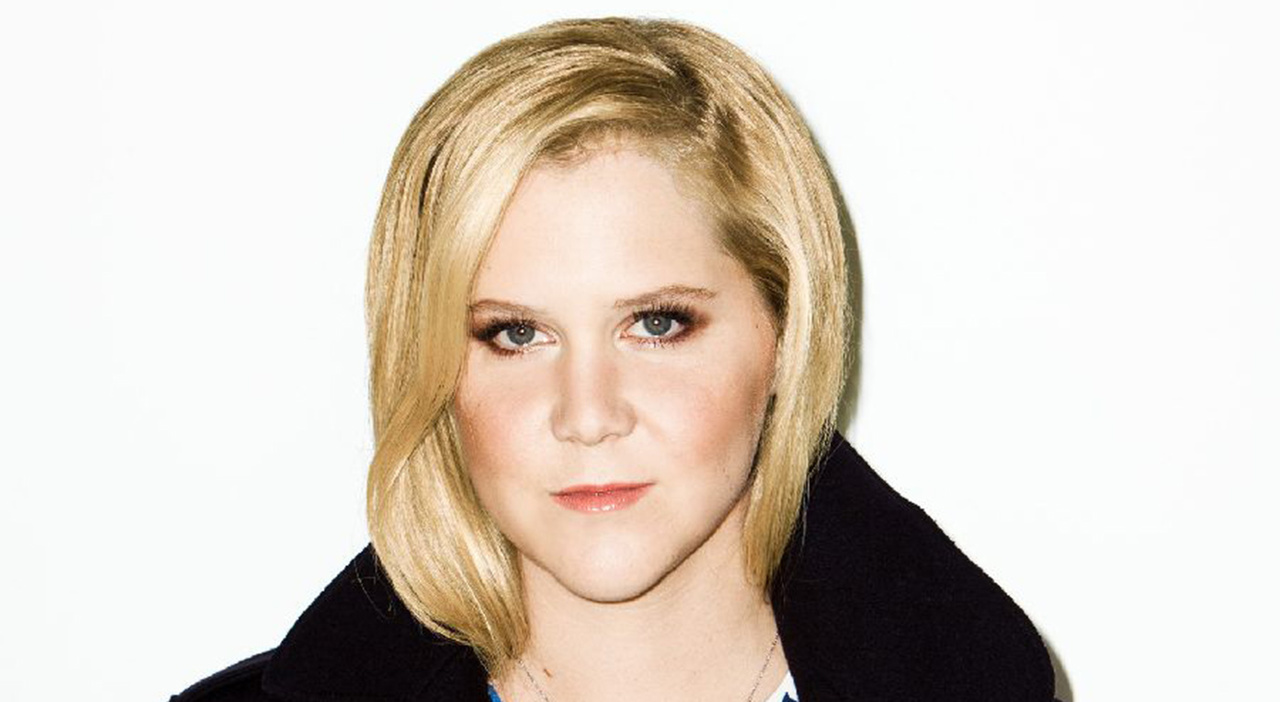 Comedy, TV
The Emmy-nominated Comedy Central sketch-series Inside Amy Schumer returns for its third season this April. Schumer continues to explore topics revolving around sex, relationships, and the general clusterf*ck that is life.

Amy Schumer
Schumer is the creator, star, writer and executive producer of the Emmy-nominated Inside Amy Schumer, the popular Comedy Central television series which premiered in April 2013 to the network’s highest season premiere ratings of the year. Schumer’s provocative and hilariously wicked mind is on full display as she explores topics revolving around sex, relationships, and the general clusterf*ck that is life through a series of scripted vignettes, stand-up comedy, and man-on-the-street interviews. The show will return for a 3rd season on April 21st.

Kim Caramele
Kim Caramele is a writer and producer for Comedy Central's Inside Amy Schumer, which returns for its third season on April 21st. She is an associate producer on the upcoming Judd Apatow film Trainwreck. Kim is also Amy Schumer’s (much younger) sister and encourages anyone with questions about Amy’s personal life or past to direct them straight to her.

Kevin Kane
Kevin finished his third season acting in and producing Inside Amy Schumer, serving as on-set special consultant for Judd Apatow and Amy Schumer for Universal’s release of Trainwreck. He is a founder and co-artistic director of The Collective NY, directing and acting in many of its productions, including an Outstanding Lead Actor nomination for his performance in their production of “Someone Who’ll Watch Over Me” (New York Innovative Theatre Awards). A graduate of the William Esper Studio, his acting credits include Blue Bloods, Law and Order SVU, White Collar, One Life to Live; I'm Not Me, A Song Still Inside, and Trainwreck.

Jessi Klein
Jessi Klein is a writer and comedian who has written for Saturday Night Live and has had her own half hour special on Comedy Central. She is a regular panelist on NPR's Wait Wait Don't Tell Me, and is currently writing a pilot for Showtime. She is also working on her first book which will be published by Hachette in 2016.

Ryan McFaul
Ryan McFaul is a three time Emmy nominated comedy and children's television director. His credits include Adult Swim’s "Fat Guy Stuck in Internet" and “NTSF:SD:SUV", HBO’s "Garfunkel & Oates" and "Last Week Tonight", and Sesame Workshop's reboot of "The Electric Company" in addition to numerous pilots and web series. He joined "Inside Amy Schumer" for its second and third seasons.

Dan Powell
Daniel Powell is the Emmy-nominated Co-Creator and Executive Producer of Inside Amy Schumer, now returning for its third season. Previously, Dan was an EP/writer on Comedy Central’s cult animated series Ugly Americans. During his run as Director of Development at Comedy Central, he was Executive in Charge of Production on the first season of Important Things with Demetri Martin, and the Emmy award-winning Colbert Report. Dan was an Associate Producer on The Daily Show with Jon Stewart, a contributing writer to Robert Smigel’s “TV Funhouse” segments on Saturday Night Live, and a house performer at the Upright Citizens Brigade Theatre.