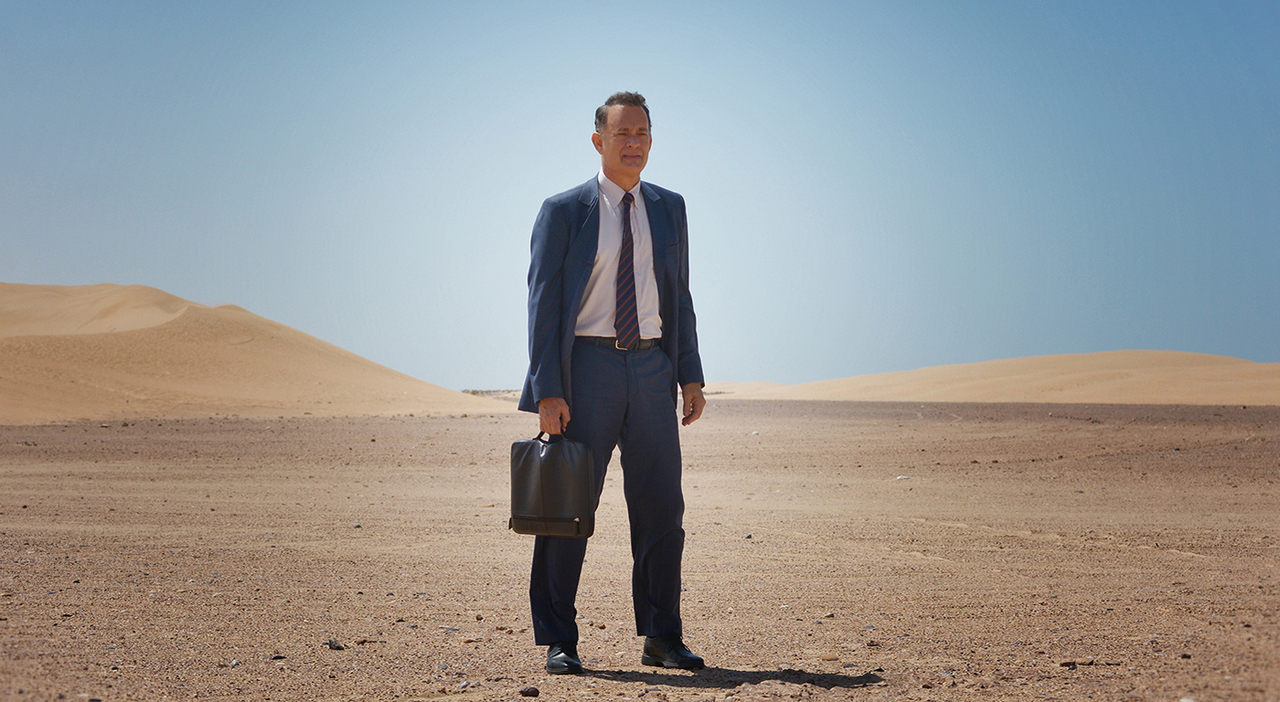 A HOLOGRAM FOR THE KING

Drama
Tom Hanks stars as Alan Clay, a struggling American businessman who travels to Saudi Arabia in hopes of landing a career-saving IT contract by selling a new technology to the king for a massive, inexplicable development in the middle of nowhere. Upon arrival, he finds only labyrinthine bureaucracy and endless desert. As he awaits the arrival of the perpetually absent monarch, Clay gets to know his local driver, sneaks some contraband hooch with a European diplomat, and begins to monitor a suspicious growth on his back with increasing alarm.

Tom Tykwer’s wryly comic adaptation of Dave Eggers’ novel is a darkly funny, fish out of water story that points to bigger ideas about America’s outdated sense of its own importance in the global marketplace, and the dashed hopes and desperation of American business abroad. A thoroughly enjoyable allegory, A Hologram for a King is simultaneously subtle and surreal, drolly funny, and wistfully sad.