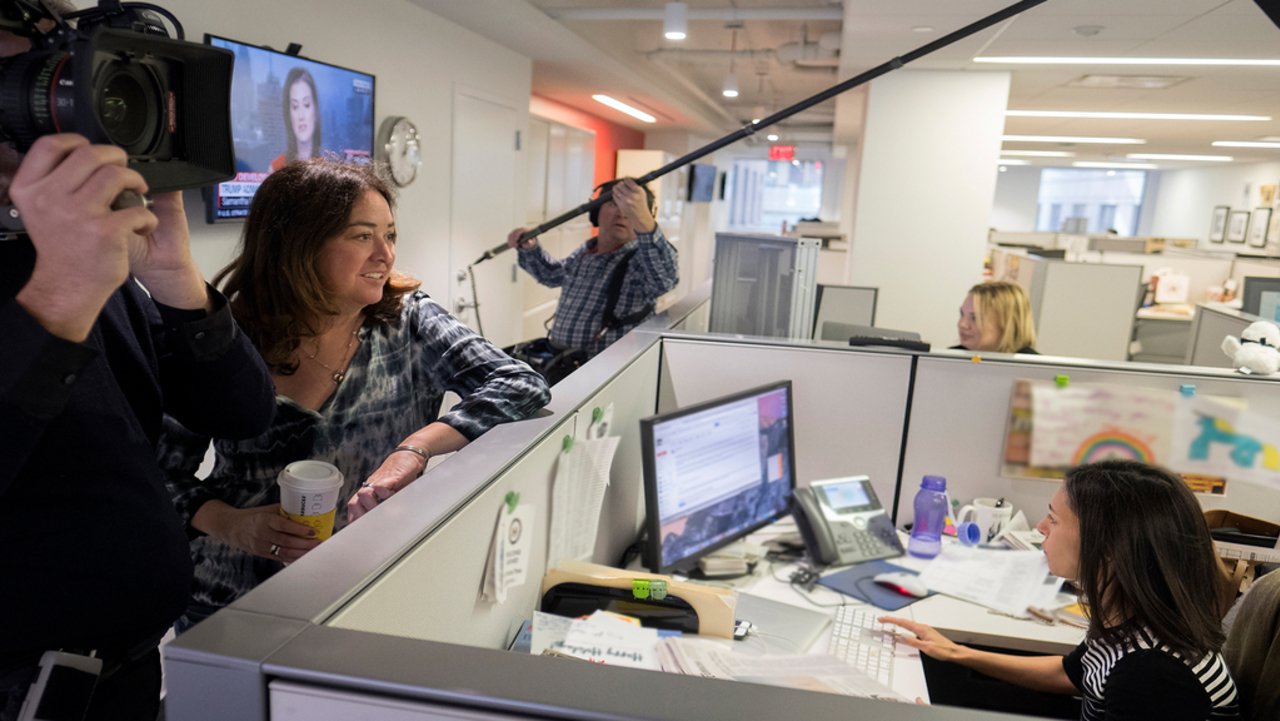 New York, Documentary, Female Director(s), NY Director(s)
For the journalists at The New York Times, the election of Donald Trump presented a once in a generation challenge in how the press would cover a president who has declared the majority of the nation’s major news outlets “the enemy of the people.” Oscar-nominated filmmaker Liz Garbus witnessed the inner workings of journalism and investigative reporting from the front lines during this administrations’ first history-making year.

Mark Mazzetti is a Washington investigations correspondent. He previously covered national security from The Times's Washington bureau for 10 years. In 2009, he shared a Pulitzer Prize for reporting on violence in Pakistan and Afghanistan, and was a Pulitzer finalist the year before. Mr. Mazzetti is a three-time recipient of the George Polk award and the author of The Way of the Knife, a New York Times best-seller.

Julie Davis joined The New York Times as White House Correspondent in 2014. Previously, she worked as a Senior Political Writer at Bloomberg News (2011-2013), Congressional Reporter at Associated Press (2007-2011), a White House Correspondent (2004-2007) and National Congressional Correspondent (2002-2004) at The Baltimore Sun and a Staff Writer for Congressional Quarterly (1997-2002). Ms. Davis was awarded the Everett McKinley Dirksen Award for Distinguished Reporting of Congress by the National Press Foundation in 2009. Born in New Jersey, she graduated with a Bachelor of Arts in Ethics, Politics and Economics from Yale University. Ms. Davis is married with three children, and in her spare time she enjoys cooking, scuba diving, running, playing the piano and anything involving her kids.

Jenny Carchman has been making award-winning documentaries for theatrical release and broadcast television for the past twenty years. She's produced films for PBS, CNN Films and HBO including several documentaries for Martin Scorsese. She lives in New York City.

Dean Baquet is executive editor of The New York Times, a position he assumed in May 2014. Mr. Baquet serves in the highest ranked position in The Times’s newsroom and oversees The New York Times news report in all its various forms. Prior to joining The Times in 1990 as Metro reporter, Mr. Baquet was awarded a Pulitzer Prize in 1988 for investigative reporting while at the Chicago Tribune.

Liz Garbus is an Oscar, Grammy® and DGA Award-nominated director. She is also an Emmy and Peabody Award winner. Her film, What Happened, Miss Simone?, opened the 2015 Sundance Film Festival, received a Peabody Award and was nominated for an Oscar and four Emmys (winning for Outstanding Documentary or Nonfiction Special).