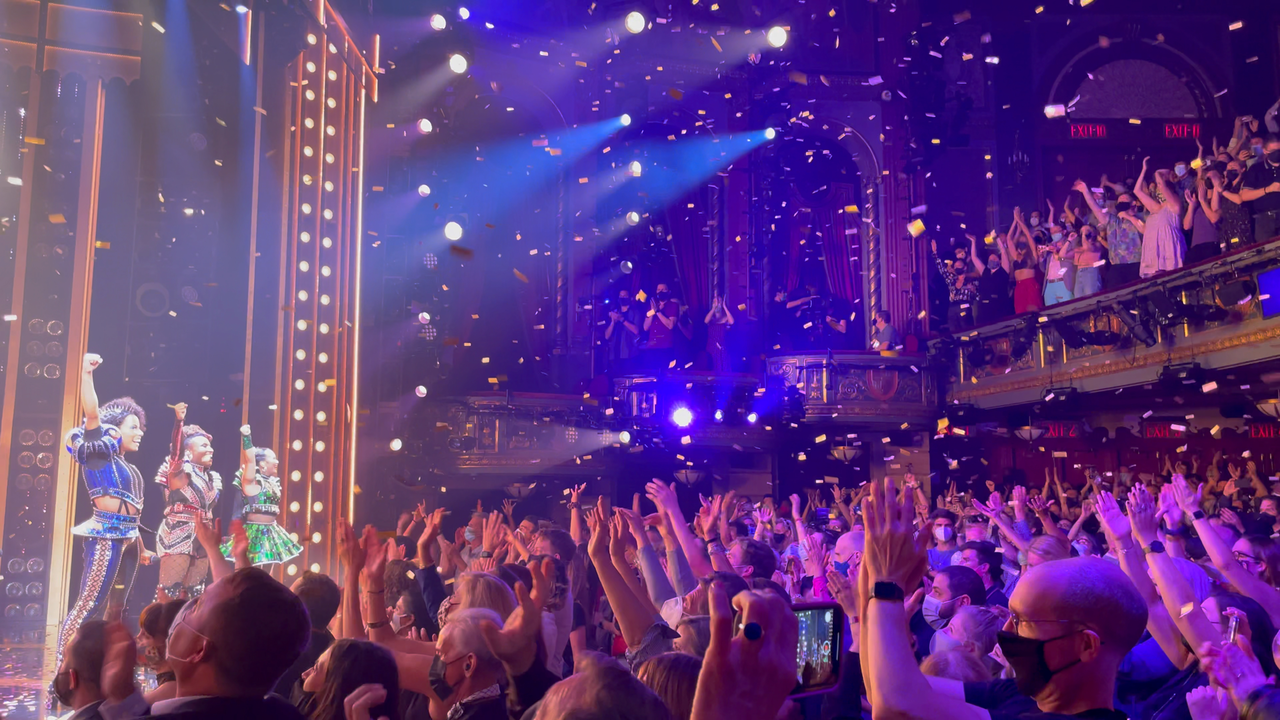 There is no New York without Broadway. It’s both a landmark and a community, an industry and a people, making magic in a dark theater, eight times a week. During the pandemic, over 96,000 people lost their jobs and an entire ecosystem of small businesses were brought to a standstill. Broadway Rising tells the story of the broadway community and its harrowing journey back to the stage following the COVID-19 shutdown. This feature documentary brings everyone into the spotlight - from the costume makers to the ushers to the producers to the stars.

Herculean challenges are not new to Broadway. It has weathered 9/11; the arrival of the booming motion picture and television industry; and the devastation of AIDS on a generation of artists. Even amidst the pandemic, numerous Broadway organizations helped forge a path towards racial equity in the wake of BLM movement. But when full-time employees whose livelihoods depend upon Broadway found themselves suddenly and completely unemployed – it was a steep hill to climb back to opening night. This is their story, from early quiet moments of anxiety and self-reflection, to the determination that “the show must go on,” and finally the triumph of September 12, 2021; opening night.--Julien Devlin

Amy Rice’s directing credits include the Emmy® award-winning film By the People: The Election of Barack Obama (HBO), Hurricane of Fun (Netflix), and the forthcoming political thriller, The Independent. Rice is currently in development on a TV series, Next of Kin, about a family who lost their son on 9/11.