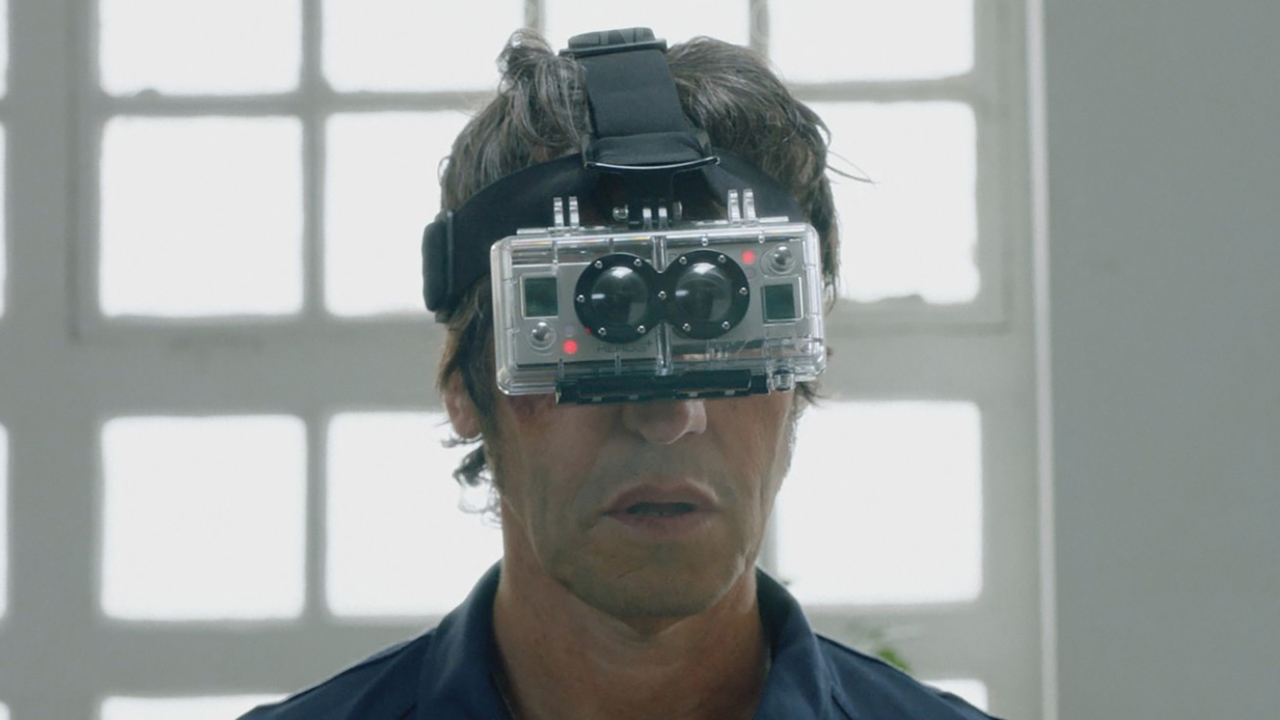 “Struggling actor” is a generous way to think of Sergio Garces (Diego Peretti)—he’s closer to a prolific featured extra. On top of that, he’s having the unluckiest few days of his life. After pushing someone out of a window in the heat of a scuffle, he’s sentenced to probation and anger management training. Then, bike accident busts his nose to the point that he can only “appear” onscreen in virtual reality porn. All the same, Sergio exudes an enticing charisma, a rumpled cool—an aura that led him to record covers of Serge Gainsbourg, to whom he bears more than a passing resemblance. He hooks up with a thrill-seeking American sales agent (Julianne Nicholson) in town for a film festival, but their dreams of adventure only escalate the trouble.

Like Sergio’s covers, Initials SG riffs on classic cool, nodding to Goodfellas, Breathless, and the effortlessly chic sensuality of an icon like Gainsbourg. From these reference points, co-directors Rania Attieh and Daniel Garcia create a world that is entirely their own, toggling between deadbeat dramedy, crime caper, and even surreal bouts of black comedy. Their body of work, which has taken them from Attieh’s home city of Tripoli in OK, Almost, Goodbye to an apocalyptic upstate New York in H., lets setting create the mood. Here, Buenos Aires is laid-back and rhythmic, the perfect backdrop for Sergio’s dreamy, stylish, and, frankly, weed-induced head trip.