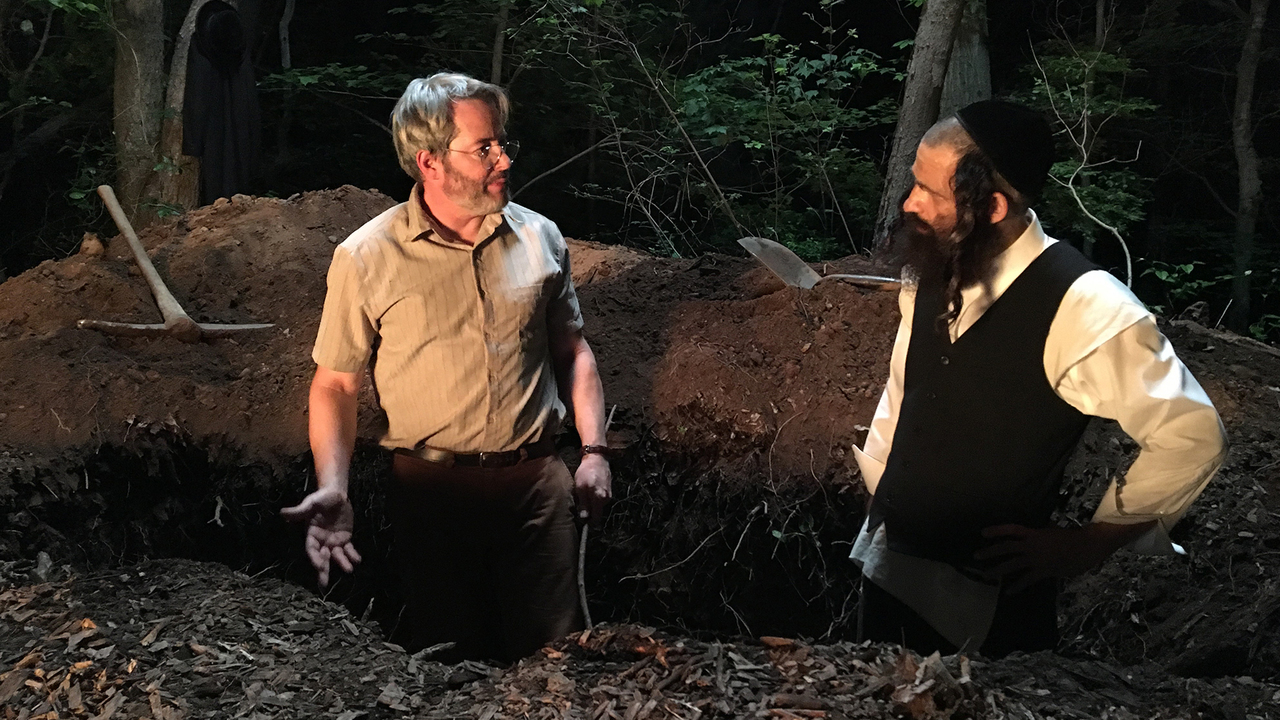 Grieving the recent death of his wife, Shmuel (Geza Rohrig), a Hasidic cantor in upstate New York, struggles to make peace with his loss. After a series of disturbing dreams, he grows increasingly obsessed with how her interred body will decay. Shmuel decides that, in order to move on, he must understand the science behind the decomposition process of his wife’s body—despite the blasphemy inherent in any scientific inquiry. To assist his sinful pursuit, he seeks out Albert (Matthew Broderick), a community-college biology professor who Shmuel enlists to teach informal science lessons. These soon grow to include homemade experiments and a road trip to a body farm, and, as their macabre misadventures and unlikely friendship grow ever more peculiar, the odd couple prove they will stop at nothing to satiate their curiosity and, ultimately, find Shmuel the peace he seeks. Director Shawn Snyder’s dark buddy comedy is a quirky look at death, biology, mourning, and tradition.