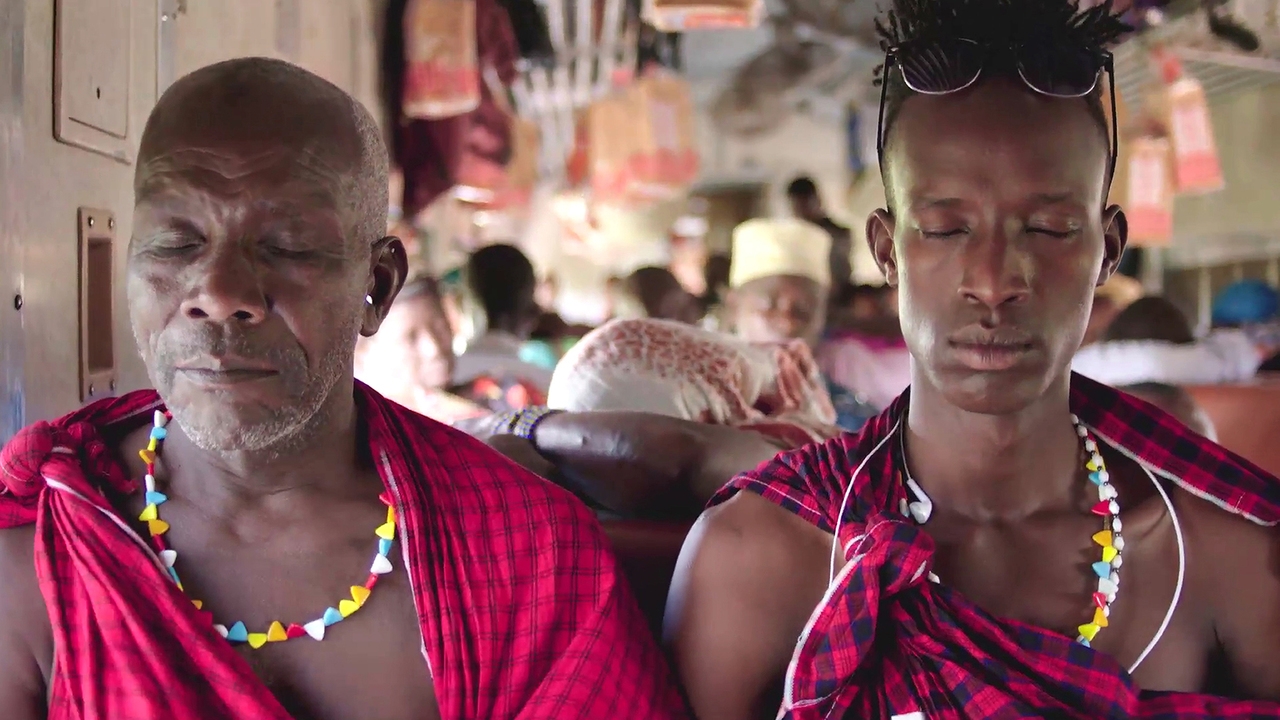 With a fighting spirit and a storyteller’s heart, Rukia looks to start her life over in a new land. Peter Nyaga, a charismatic preacher, has already found his answer, but it means he cannot waste even a train ride in spreading his gospel—and shilling his book. And Maasai elder Isaya embarks on a multi-day trek home, joined by his grandson William, who is more interested in pursuing his career as a performer in the city than in carrying on the ancient traditions of his people.

Tribeca alum Jeroen van Velzen’s ruminative, captivating road movie follows three people finding their way, literally and figuratively, on a train journey across Tanzania. Each has already overcome considerable hardships, yet, in some sense, they appear unable to keep up with the fast-changing society around them. Van Velzen’s artful touches neatly encapsulate their experience, creating in Tanzania Transit a narrow, train-window-sized view on class, nationality, ethnicity, age, and gender, and how those divisions combine or combust in the most compact of melting pots.