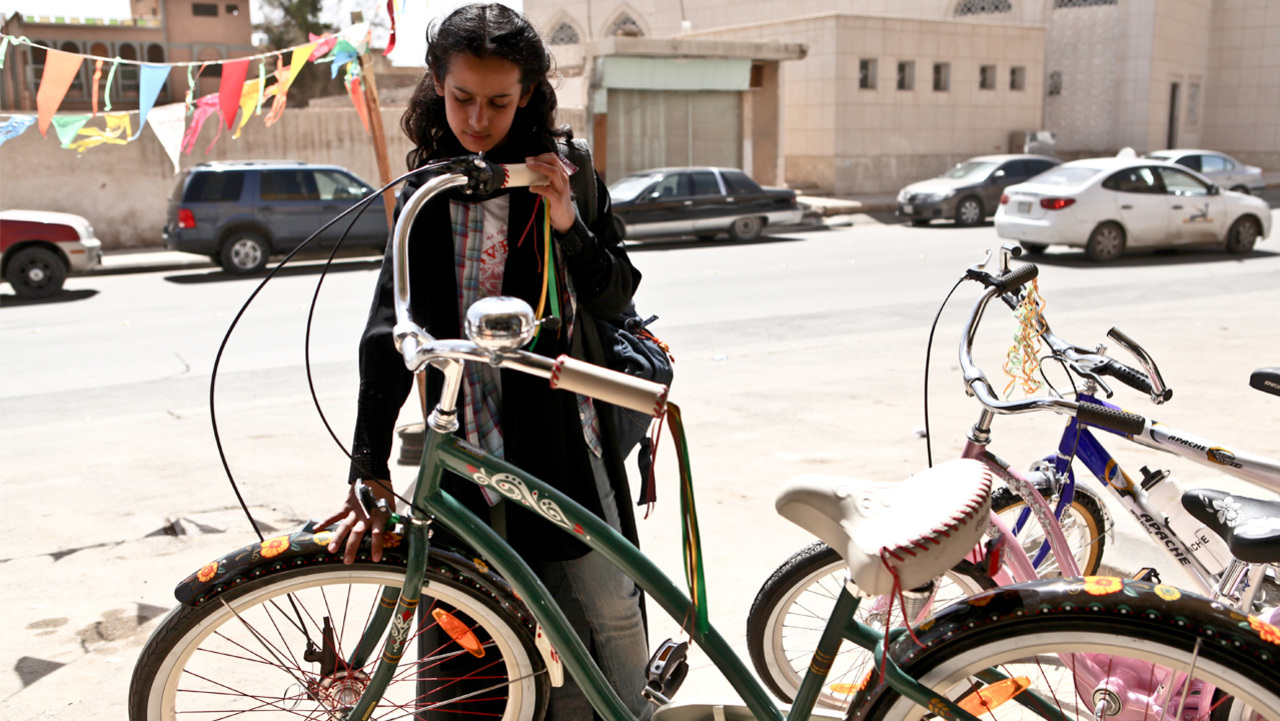 Drama, Female Director(s)
Meet Wadjda, a sarcastic, funny and streetwise ten-year-old girl whose unconventionally carefree demeanor not only sets her apart from most girls in her school but also frequently lands her in the headmistress’s office. Living in Riyadh with her young, beautiful mother who struggles with an absentee husband looking to marry a second wife, Wadjda strikes up a friendship with Abdullah, a neighborhood boy drawn to her confidence and charm. She spots a shiny green bicycle in the local shop and becomes determined to scrounge up enough money to buy it so that she can race Abdullah, a culturally unacceptable action with potential societal repercussions. Wadjda enters her school’s Koran recitation competition with her eye on the cash prize. As her school continues to crack down on the individual rights of its students, Wadjda stands steadfast, wise beyond her years and in opposition to a society loathe to recognize self-expression, a girl unwilling to surrender what she wants.

This groundbreaking first feature film shot entirely in Saudi Arabia and the first by a female Saudi filmmaker, Haifaa Al-Mansour’s Wadjda offers a moving, rarely seen picture of everyday life in Riyadh. With a central character so unique to the screen, Al-Mansour has crafted a subtle counterpoint to the images of females the world is accustomed to seeing, a character who holds hope for the future.