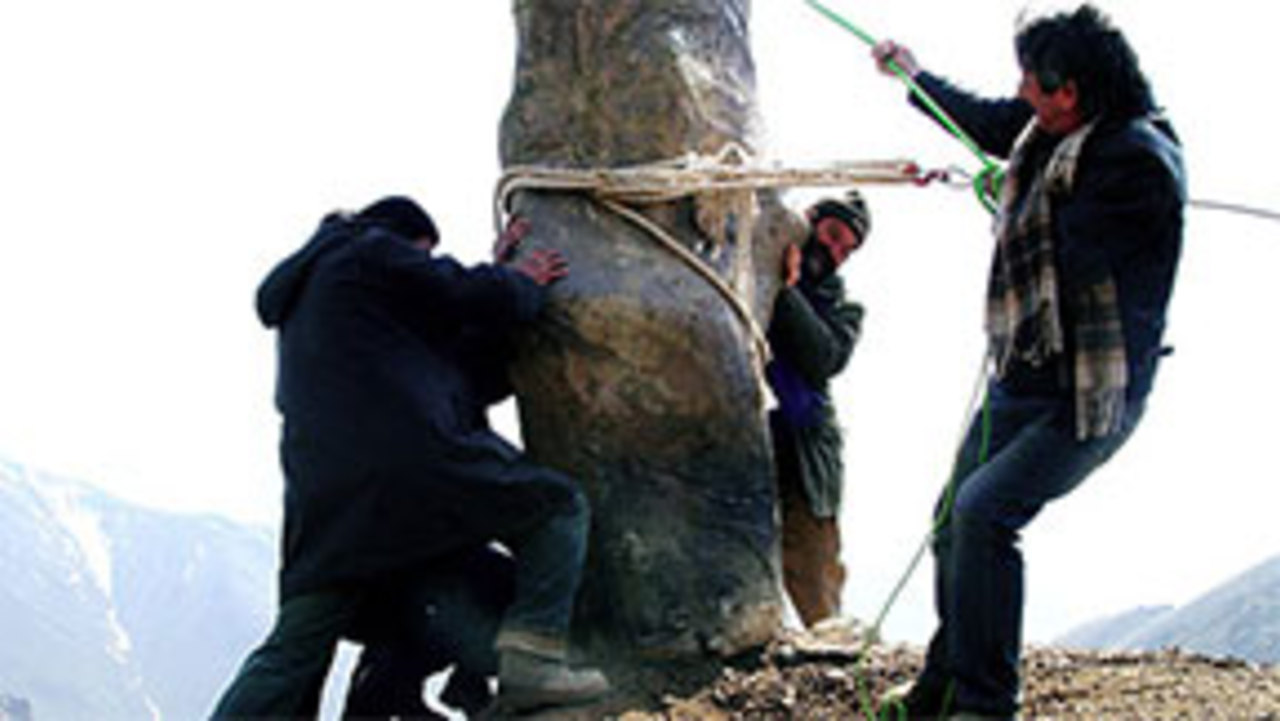 Thus far, most films exploring the great male-female divide in Iranian society have concentrated on women's problems. But in Men at Work, Mani Haghighi takes a look at the psychological damage that has been done to the other side. This delightfully droll comedy of the absurd revolves around four buddies returning from a ski trip who develop a mysterious obsession with a tall, phallic-looking rock sticking out of the roadside. In typical male fashion, they immediately decide that they have to topple it. After pushing proves useless, they try the dangerous route of tying it to a donkey. Each new defeat only increases their determination. Two female friends arrive on the scene, more cars pull up, shovels and chain saws are procured, and madness takes over. Like all good symbols, Haghighi's rock is not simple to interpret. Luckily, symbolism takes a back seat to the pleasingly frank dialogue and believable human interaction. The cast includes acclaimed Iranian cinematographer Mahmoud Kalari as a persuasive husband and well-known actress Fatemeh Motamed Arya, who played the mother in Gilaneh (TFF 2005), as the men's female accomplice. While the film does offer insight into Iran's modern urban middle class, the men's difficulties relating to the opposite sex will also strike a familiar chord with Western viewers. The crisp mountain setting outside Tehran is invigorating to look at, while the wry story is based on an original idea by Abbas Kiarostami.