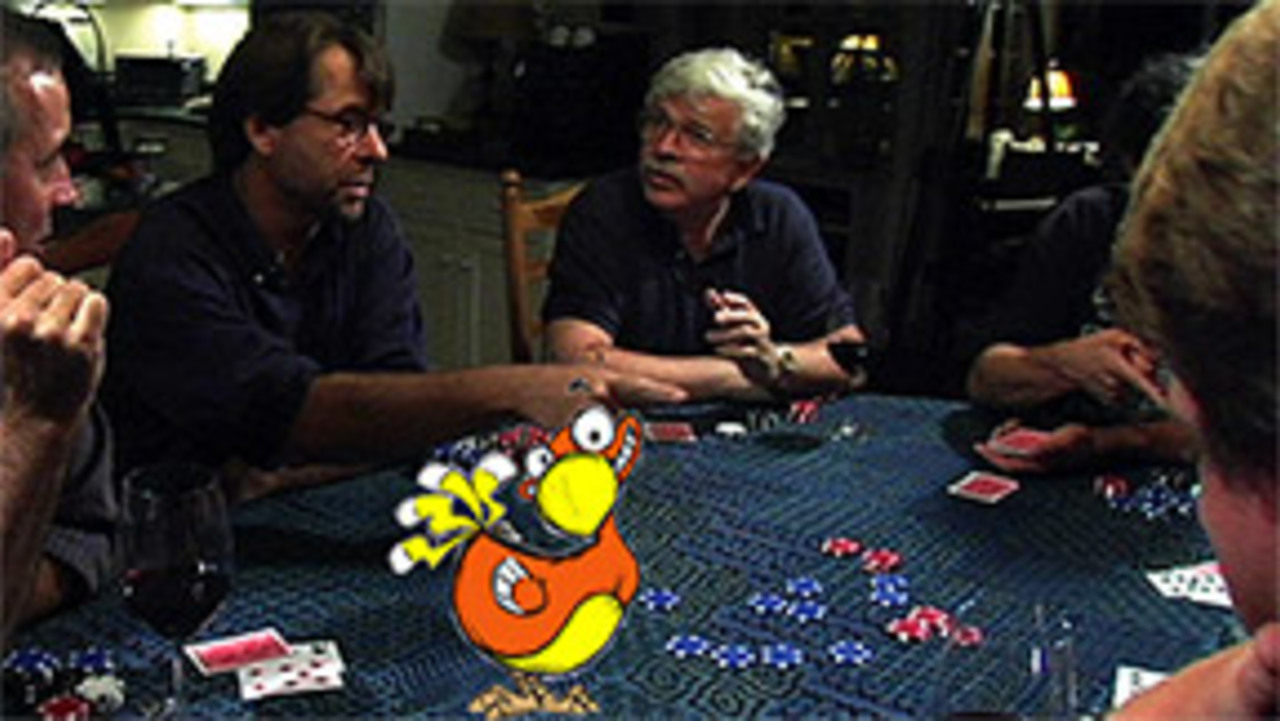 With a personality that has been described as "a polite Michael Moore" and following in the path of Super Size Me, evolutionary ecologist-turned filmmaker Dr. Randy Olson examines and pokes fun at the current culture war with his two-ring entertainment Flock of Dodos: The Evolution-Intelligent Design Circus. Olson's home state, Kansas, is ground zero in the debate between the proponents of Darwin's theory of evolution and those of the more recent concept Intelligent Design, who want educators to "teach the controversy." The film tackles this conflict with wit and ingenuity, asking questions such as what kind of intelligent designer would create an animal like the rabbit that needs to eat its own poop in order to complete its digestive process? While admitting his biases, Olson talks to leading proponents on both sides, challenging Dr. Michael Behe, author of the Intelligent Design book Darwin's Black Box, while also painting an unflattering portrait of his colleagues who dismiss Intelligent Design as "Creationism in a cheap tuxedo." He marvels at Intelligent Design's rapid acceptance in the U.S. even in the face of spectacular misfires such as the recent Dover, Penn. case in which a Republican Bush-appointed judge labeled a local school board's efforts to teach Intelligent Design as, "breathtaking inanity." Yet many Americans are still open to learning about Intelligent Design, and 150 years of empirical data is seemingly not enough to convince them otherwise. Simply put, Intelligent Design has a better PR team than evolution. As this debate continues to draw national attention, this funny, quirky film asks which side can win this survival of the fittest battle? Plus, you'll never look at rabbits the same way again.

Randy Olson enjoyed life as a marine biologist, but after a while he started getting bored with the films made about his profession. So, he began making humorous and award-winning short films about sea creatures. In 1994, he resigned from his tenured job at the University of New Hampshire to attend film school at USC. His student film, a musical comedy called You Ruined My Career, was showcased at the Telluride Film Festival and chosen as one of the Top 100 Student Films in the history of USC Film School. After film school, he founded Shifting Baselines Ocean Media Project, for which he directed projects with Jack Black, Dustin Hoffman, and the Groundlings Improv Comedy Theater.