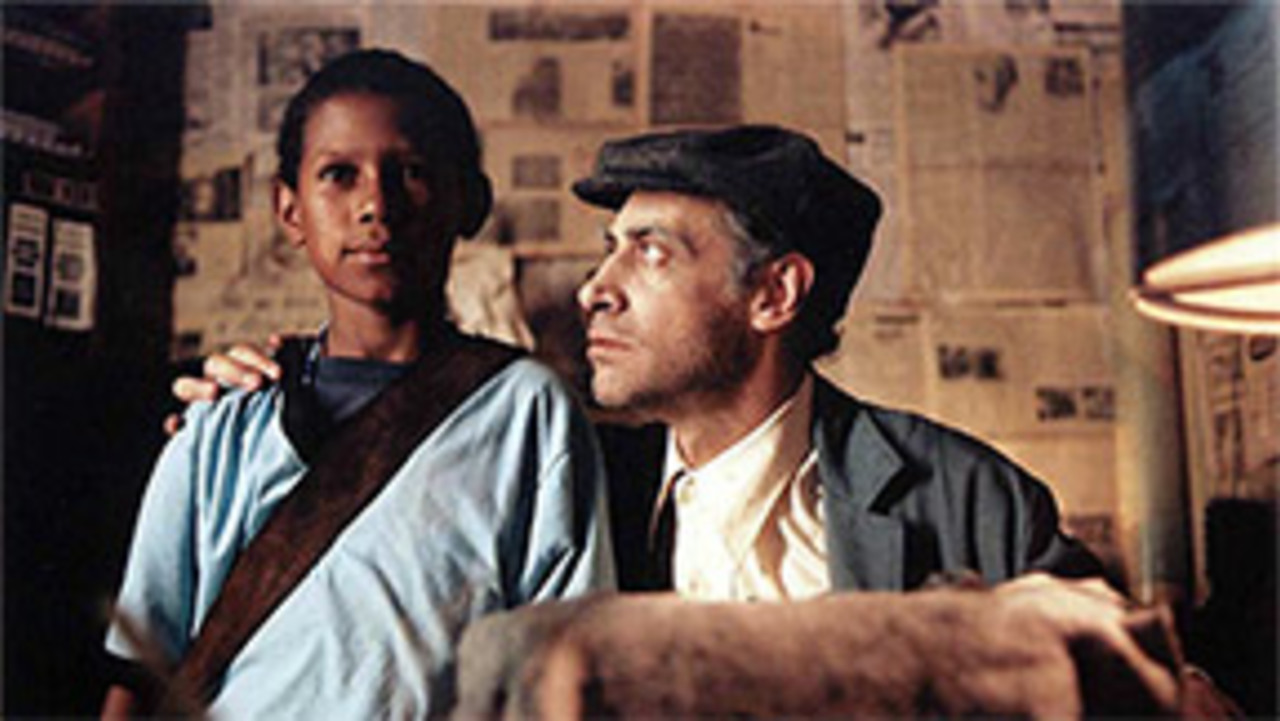 In this magical and surreal tale set in moody Montevideo, Uruguay, a cheerful and dynamic eleven-year-old named Obdulio lives with his devoted grandmother and two sisters. He carries the self-imposed burden of being the only "man" in the family. His grandmother wants him to go to school, but he refuses proclaiming his "working man" status-he helps support his family by selling newspapers on the street. Ironically, Obdulio is illiterate and unable to read what he sells. One night, he meets a night watchman who is full of magical visions and gifts. This charismatic mentor introduces Obdulio to the beauty of words and the songs of the Murgas sung during Carnival processions. As Obdulio begins to understand the lyrics, he welcomes the challenge and eventually writes his own Murgas, which are later performed by the mysterious Carnival band. Reminiscent of Cinema Paradiso and the films of Fellini, this gem for viewers of all ages and is a celebration of life, the beauty of friendship, and the magic of knowledge.

Leonardo Ricagni was born in 1964 in Montevideo, Uruguay. Drawing inspiration from the work of Vittorio De Sica and Emir Kusturica, Ricagni made his directorial feature debut with the critically acclaimed El Chevrole. That was followed by Indocumentados, which was shot in New York City. Ricagni then returned to his home country to make A Dios Momo. He is currently in preproduction on his next film Moorish Dreams.