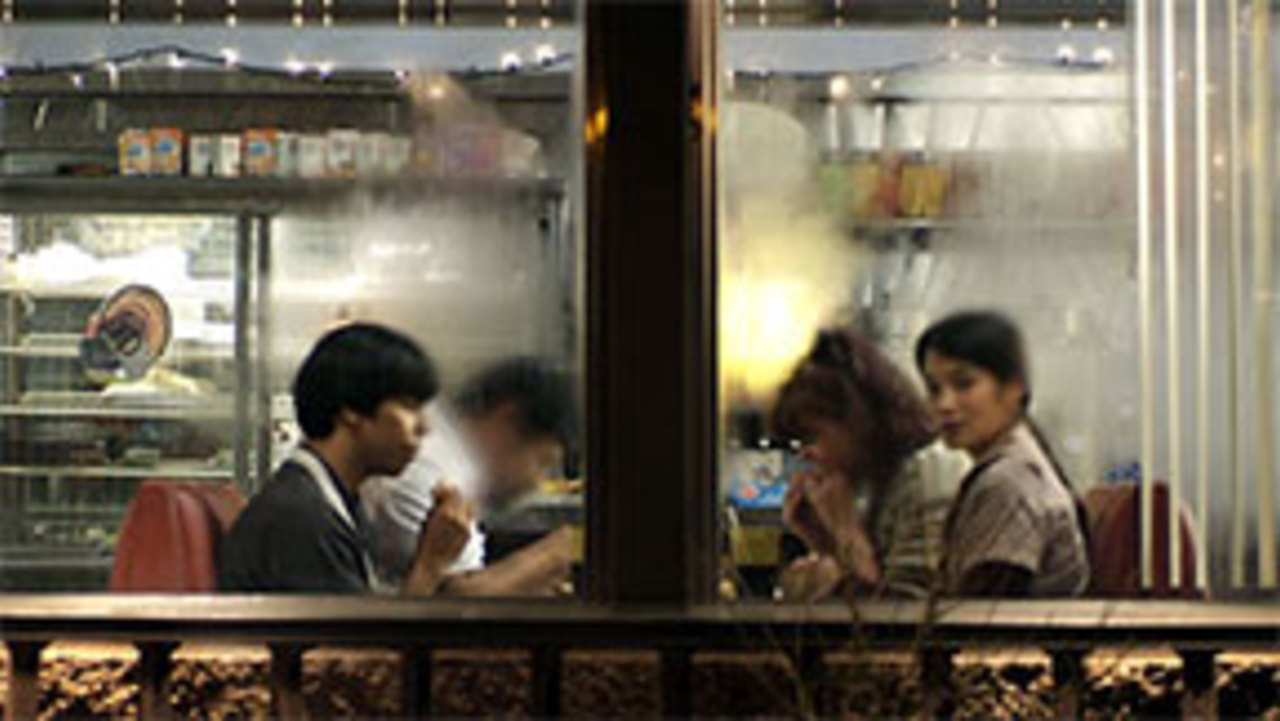 If you think you know Steve Barron from his music videos ("Billie Jean," "Money for Nothing," "Take on Me"), think again. The director best known for his seminal work on MTV in the early 1980's (not to mention the glitzy 1984 feature Electric Dreams) brings an entirely new aesthetic to bear on Choking Man, an intense blend of psychological drama and magical realism that speaks eloquently of the contemporary immigrant experience in America. Jorgé (Octavio Gómez Berríos) is a morbidly shy Ecuadorian dishwasher toiling away in a shabby Jamaica, Queens diner run by Rick (a Greek-accented Mandy Patinkin). Tormented on the job by his coworker Jerry (Aaron Paul) and controlled at home by his older, domineering male "roommate," Jorgé gropes mutely for a bond with Amy, a newly hired Korean waitress (Mail Order Wife's Eugenia Yuan). She tries to reciprocate, but the gulf that separates them may be too large. Interstitial fantasy sequences featuring an animated rabbit gives us the impressions of life from Jorgé's point of view, while a poster instructing diner patrons on how to perform the Heimlich Maneuver looms over and ultimately catalyzes the action. Shot over 18 days in Harlem and at Queens' Olympia Diner, Choking Man effectively portrays the polyglot milieu of the area around John F. Kennedy Airport, capturing the feeling of claustrophobia and almost literal asphyxiation newcomers to America experience as they struggle to find a place and a purpose in this strange land.

Born in Dublin, Ireland, Steve Barron has directed some of the most popular videos of all time, including the videos for Michael Jackson's "Billie Jean," Dire Straits' "Money for Nothing," and A-Ha's "Take on Me." His first film Electric Dreams (1984) was an immediate cult classic, while his second film Teenage Mutant Ninja Turtles (1986) stunned the industry by becoming the first independent feature to break the $100 million mark. Barron went on to direct Coneheads, Rat, Mike Bassett - England Manager, and TV network mega-series Merlin, Arabian Nights, and Dreamkeeper, which garnered a slew of awards including twenty-five Emmy™ nominations, five Golden Globe nominations, and a DGA nod. In 2005, Barron put the world of studios and big budgets on hold to direct Choking Man. This personal film comes from his first original screenplay.