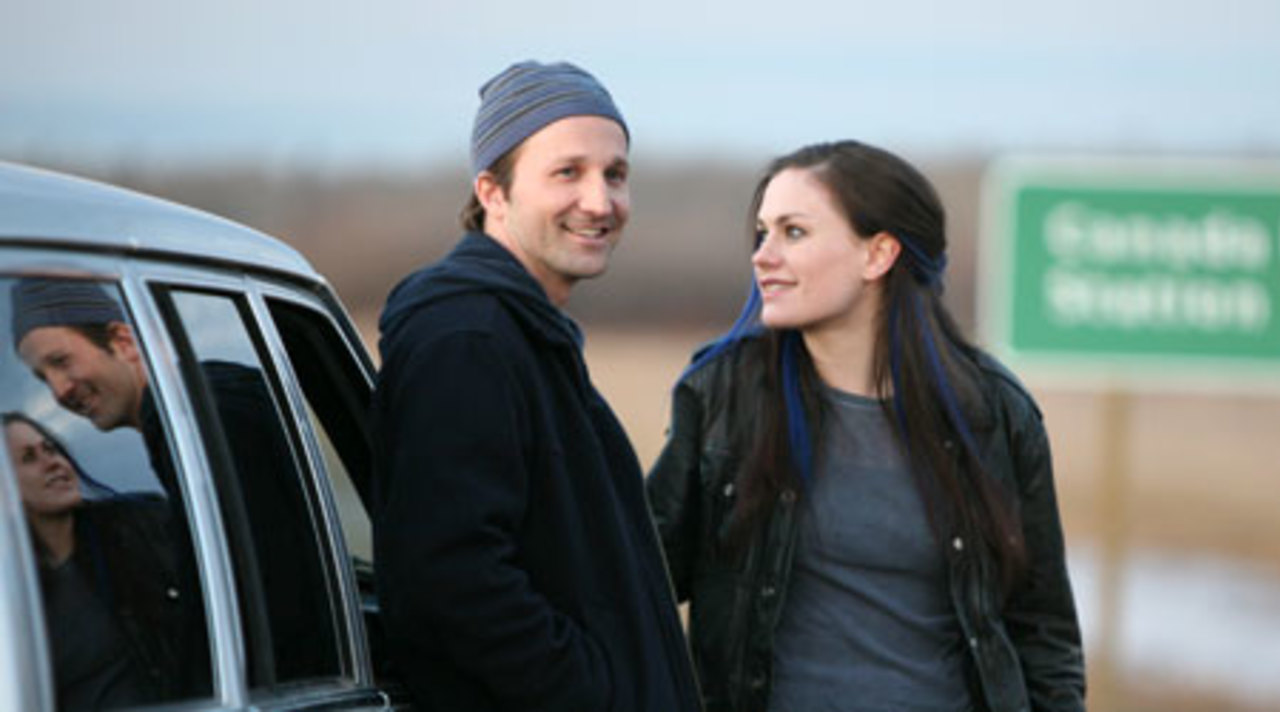 On the eve of the 2004 elections, Democratic political activist John Logue (Breckin Meyer) makes a drunken promise captured by a local news station in Ohio, where he's been campaigning for candidate John Kerry: he will move to Canada if George W. Bush gets reelected. Once the results are in, a devastated Logue returns to San Francisco to find that his old life has slipped away and his friends are goading him to follow through on his pledge. When he gets a call from "Marry-a- Canadian," an organization that is "rescuing liberals from four more years of George W. Bush," he places an ad for a road trip partner and meets the mysterious Chloe (Anna Paquin). As they set off on the open highway, it soon becomes clear that Chloe is running from her own set of problems-ones that will challenge each of their political and moral ideals. A lighthearted comedy that pokes fun at Americans, Canadians, liberals and conservatives, Blue State is also a poignant period piece that considers the larger issues at stake in the election of 2004-namely the war in Iraq. With thoughtful reflections on responsibility, living up to what you believe in, and the meaning of commitment, this youthful, smart film will resonate more deeply than a romantic comedy. Meyer and Paquin deliver fine, nuanced performances.

MARSHALL LEWY's first short film, Balkanization, about a war photographer returning home from the conflict in 1990's Yugoslavia, starred Mark Feuerstein (In Her Shoes, The West Wing). It played a number of film festivals, as did his second short film, Future Imperfect. Blue State is his first feature and he is currently developing his second, Exodus, with RK Films. Marshall received his M.F.A. in Film at Columbia University, and has studied with Philip Seymour Hoffman, Eric Mendelsohn, and Israel Horovitz. As an actor, he appeared in the IFP/Independent Spirit Award-winning feature film, Funny Ha Ha, directed by Andrew Bujalski.