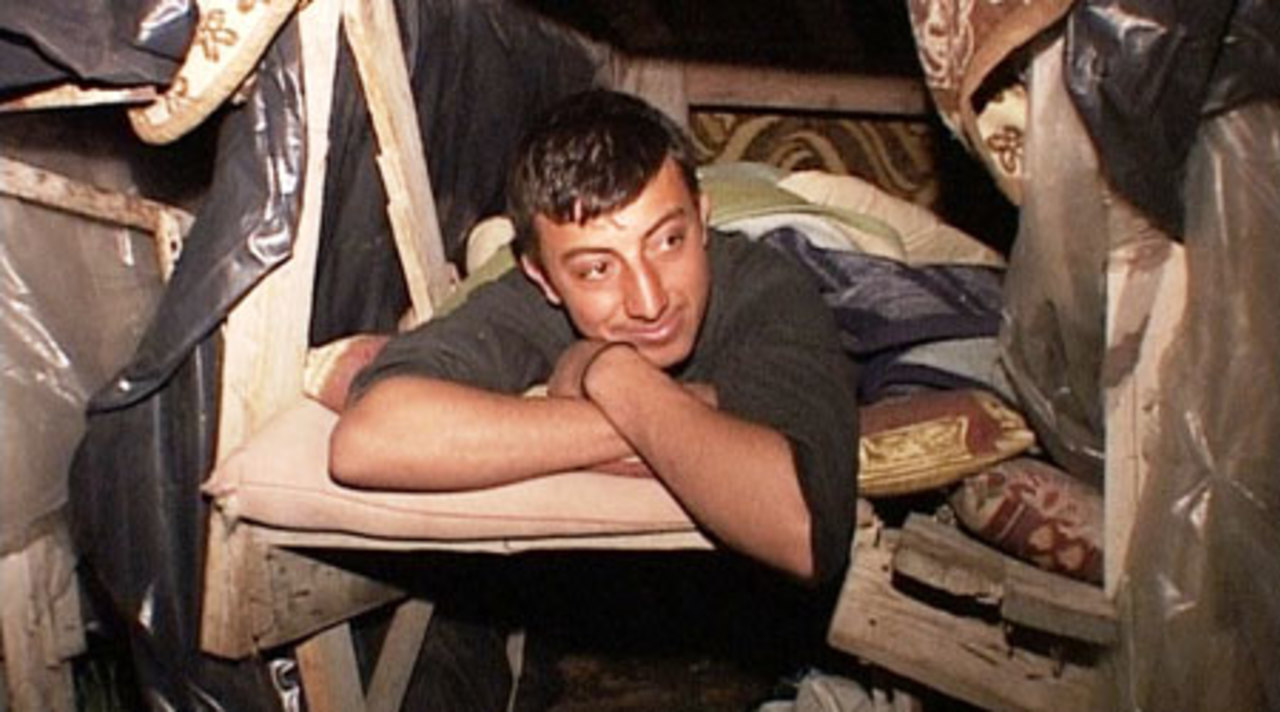 Camping in the hills to avoid detection. Constantly on the alert for the border patrol. Making hurried dashes across isolated stretches of highway so they can try to blend unnoticed into the rugged landscape on the other side. Mexicans or Central Americans trying to slip across one of America's southern borders? No these are young Palestinians, living on the land they and their ancestors were born on. But that land now lies in the State of Israel, where a 28-foot high Separation Fence is still under construction as a way of keeping out suicide bombers. And so these Palestinians are able to eke out a livelihood solely by managing to get jobs with contractors who pay them to help build the new Israeli town of Modi'in, where apartment buildings are springing up thanks to their tireless labor. Ido Haar, a young Israeli filmmaker, gained their trust and was allowed to film them in the shanty town they've constructed for themselves in the nearby hills, to which they retreat each night. Leading a completely marginalized existence in order to support their distant families, their improvised huts illuminated only by battery-powered electricity, living in constant fear of arrest, these men's community is nonetheless a vibrant one, and the film does a great job of conveying their humanity as they laugh, talk, and help one another. Their own "hotel" couldn't even garner a single star - but it's one that would shine brightly. Around them, is mostly darkness. A Koch Lorber Release.