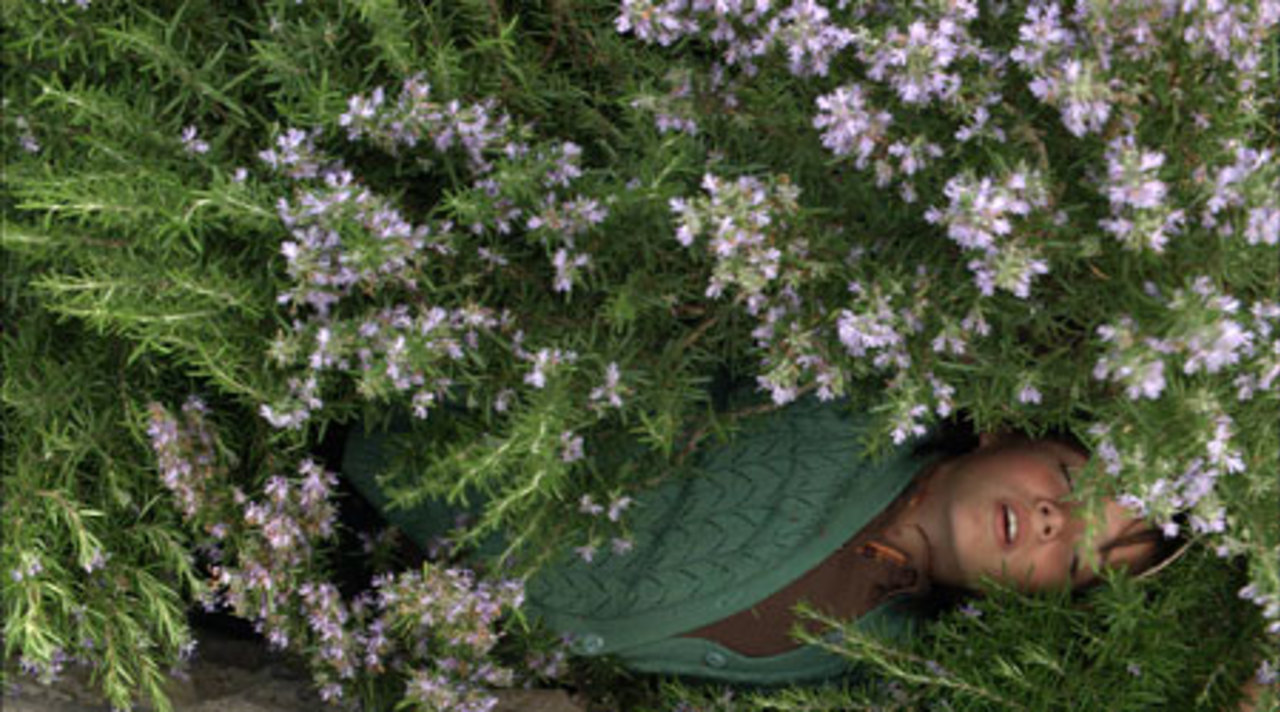 This magical film is a haunting portrait of the tensions that lie beneath the seemingly placid surface of a remote, beautiful and rugged mountain village perched between sea and sky, untouched by the modern world. The director's fourth feature recounts the dreams and desires of villagers whose simple lives are regulated by the calls to prayer that divide the day (and the film) into five sections (the Turkish title literally translates as "five times"). The main characters are three youngsters, two boys and a girl living in this harsh, strictly disciplined culture, where both animals and children are frequently beaten. In subtle touches, the picture deals with the early sexual awakening of the three, their communion with nature and revolt against their parents. Omar, the imam's son, fantasizes about killing his father. He collects scorpions, hoping they will do the job for him. Omar's best friend Yakup has fallen in love with the beautiful schoolteacher and turns against his own father when he discovers that his dad is a Peeping Tom who has been spying on the young woman Yakup worships. The girl, Yildiz, is obliged to mother her baby brother, while her budding sexuality is troubled after she witnesses her parents making love. Erdem's lyrical and meditative film is visually stunning, shot by his talented regular director of photography Florent Henrry and with an extraordinary score by Arvo Pärt. Times and Winds walked off with the two main prizes at the 25th Istanbul International Film Festival-Best Turkish Film and FIPRESCI awards.

REHA ERDEM graduated from Paris 8 University in Cinema and also earned his M.A. in Plastic Arts. His first feature-length film, Oh Moon (A Ay), received an award at the Nantes Film Festival and was selected as The Best Film of The Year by the Turkish Writers Association. His second film, 1999's Run for Money (Kaç Para Kaç) was selected as the official submission from Turkey for the Foreign Language Academy Awards. Erdem's third film, 2004's Mommy, I'm Scared (Korkuyorum Anne), received the FIPRESCI Award at the 23rd International Istanbul Film Festival. His latest film Times and Winds (Bes Vakit) premiered at the 25th Istanbul International Film Festival and received the FIPRESCI and The Best Turkish Film Award. Other awards include: Golden Antigone Mention, Nova and Young Peoples Award at the 28th Montpellier International Festival of Mediterranean Films, and a Special Mention for photography at the 55th Mannheim-Heidelberg Film Festival.