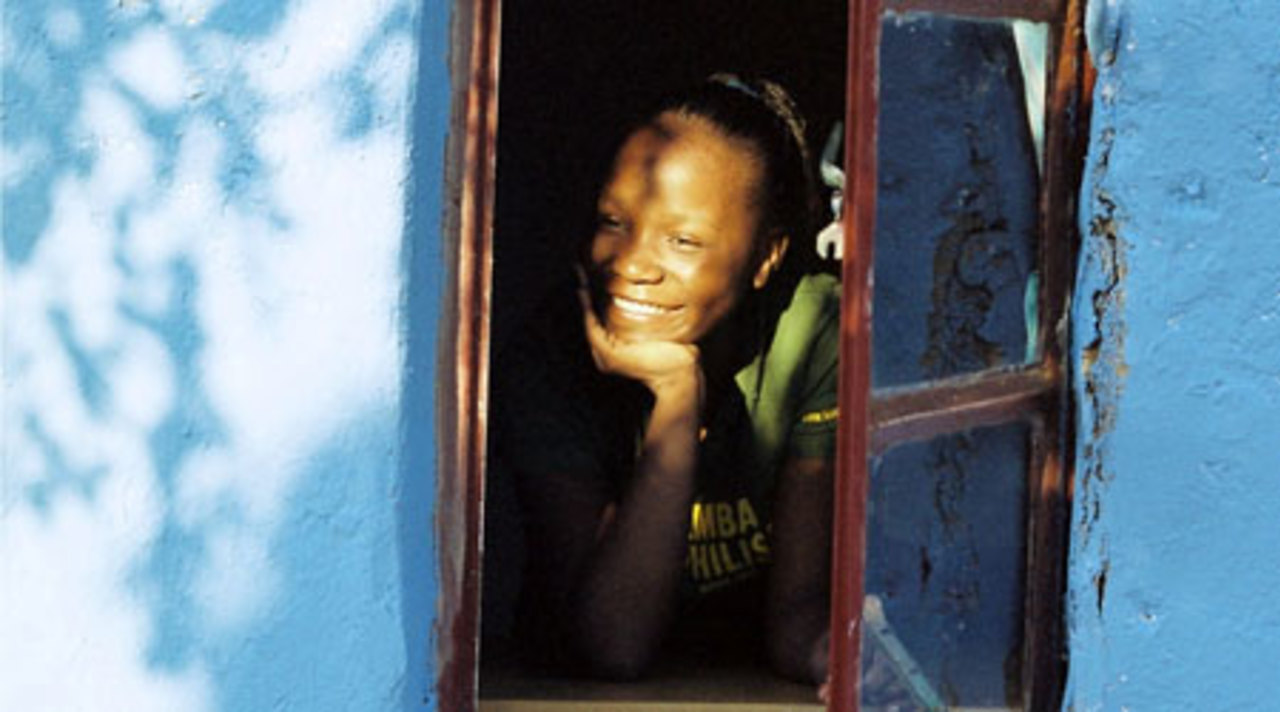 WE ARE TOGETHER (THINA SIMUNYE)

A mural outside South Africa's Agape orphanage proudly displays an image of a sun between two trees with the words "Lean on Me" written underneath. It's an unspoken mantra for 12-year-old Slindile Moya and her peers, who have all lost loved ones to AIDS. Though her older brother Sifiso is bedridden with HIV, Slindile smiles bravely while tending to him. But Sifiso can still muster the strength to carry a tune, as can seven-year-old Mbali, whose mother "no longer fetches her," but who can belt out songs with a conviction and maturity beyond her years. Rather than dwelling on the past, the children sing for their future, hoping to create a CD that will raise money to expand the orphanage. Pouring their hearts into each song, these powerful, angelic voices attract instructors from as far away as England, as well as a chance to perform at a benefit at Carnegie Hall with artists like Alicia Keys and Paul Simon. "We, South Africans, sing before we eat. We sing when we're happy, sing when we're sad. It's a healing thing. Not everyone has music or stereos in their homes, but we can all sing," explains South African pop star Zwai Bala. And it is through singing that the children rise through impending difficulties and travel to New York to spotlight their cause. But whether they sing to each other or perform in a huge concert hall, director Paul Taylor tells their story with compassion and grace, showing that the spirit of the children remains indomitable.

PAUL TAYLOR first met the children of Agape while volunteering in South Africa during his summer break from film school in 2003. He spent three months with the children, and it was during this time he first heard their beautiful singing. Recognizing the potential of their voices-and, for that matter, looking for an excuse to return to South Africa and spend more time with them-Taylor returned a year later with producer Teddy Leifer with the intent of making a film and facilitating the recording of the children's CD. We Are Together (Thina Simunye) is his debut documentary.