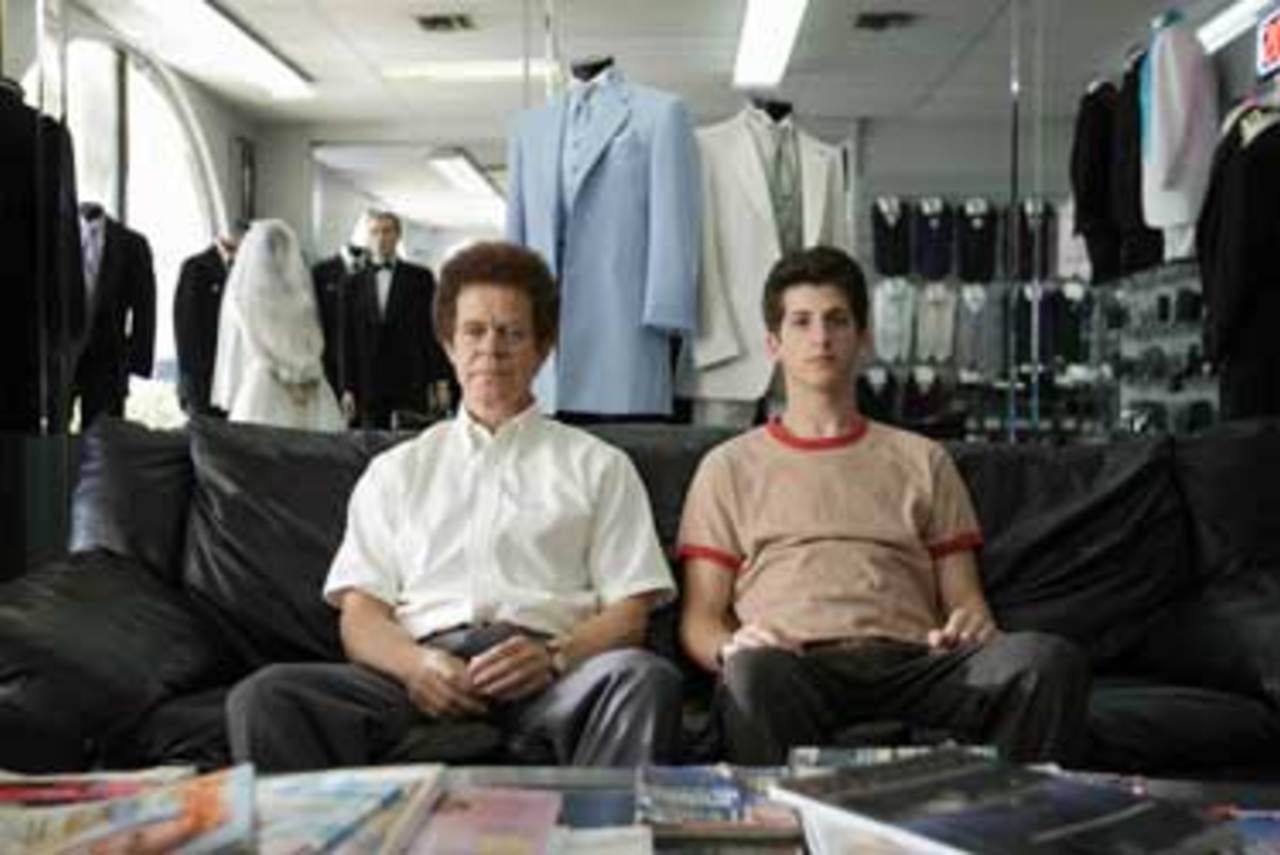 BART GOT A ROOM

"What other evening in your whole life is as big? Maybe your wedding. But odds are that will end in divorce anyway," says Danny's sage-like friend, Craig, as the two nerdy pals lounge poolside in the Florida retirement community they call home. The night in question? Prom, of course, and high school senior/band member/student council vice president Danny Stein wants what any reasonable young man wants on prom night-to get a little lovin' from a cute girl. He's got the hotel, limo, and tux lined up. He has his recently divorced, slightly dysfunctional but supportive parents (William H. Macy and Cheryl Hines) rooting for him. He's only missing one thing-the girl. This side-splitter follows Danny as he hustles his way through the three weeks leading up to the night that will mark him for life. Director and writer Brian Hecker takes us back in time to a quirky world full of plastic flamingos, golf carts, and teen anxiety. Filmed in his hometown of Hollywood, Florida, Hecker's feature debut looks and feels totally original: Beaming pastels and sets that scream nostalgic Florida flashiness all swing to the tunes of Benny Goodman's big band. Phenomenal comedic acting by Macy, the overly honest father who drags his son along as he cruises the singles scene, and Danny's reoccurring exaggerated fantasies of possible dates make this the wittiest prom angst movie in ages.

Brian Hecker endured great stress as a teenager in Hallandale Beach, Florida before he wrote, directed, and performed all characters in his short film Growing Up with Stress, which won Best of Show at the International Student Media Festival. Brian received his bachelor's degree from Northwestern University and started the theatrical agency NU Talent. He received an MFA in directing from the American Film Institute and was named director of the year after finishing his first year. His thesis film Family Attraction, starring Chris Penn and Martin Sheen, earned more than 15 national and international awards and was chosen by AFI as one of 10 shorts to premiere on iTunes. Brian has developed projects for Miramax, MGM, and Universal.