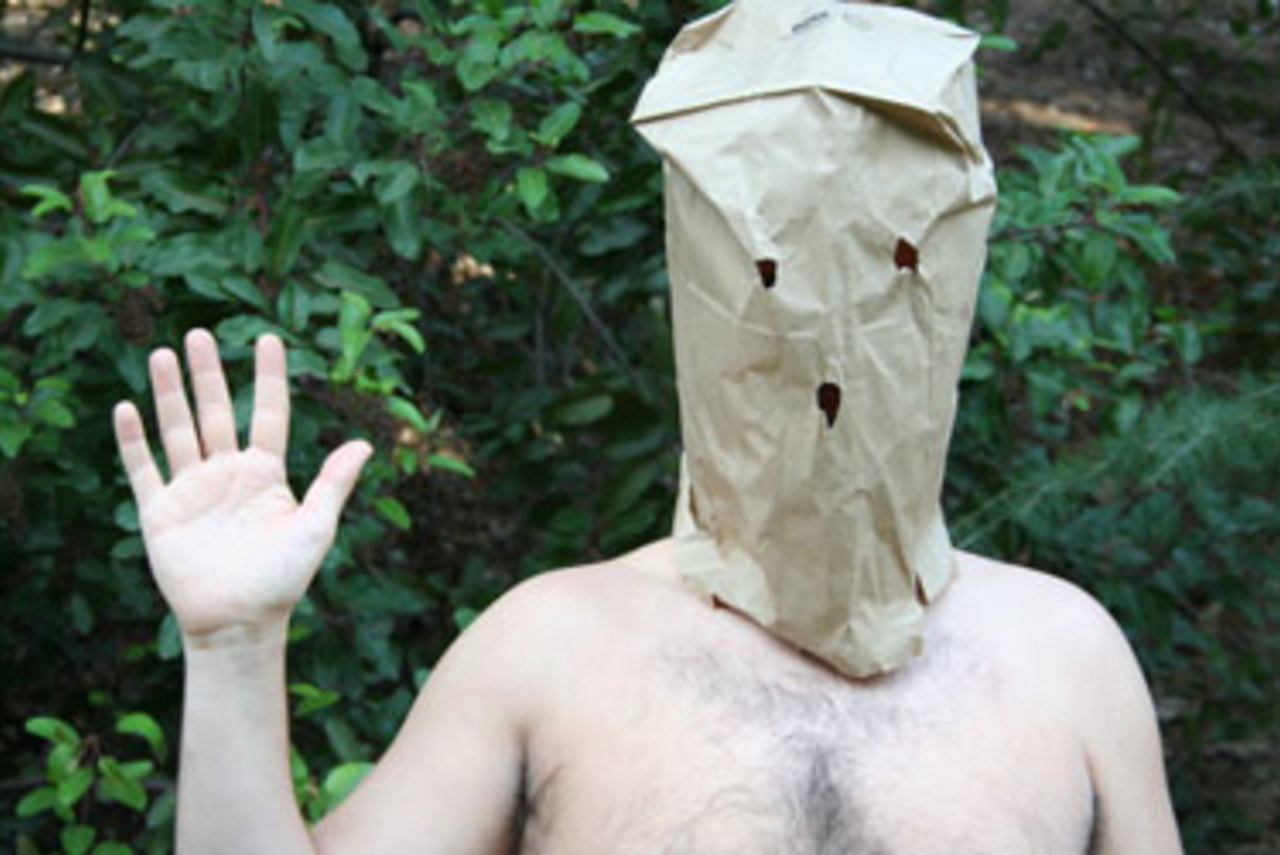 Mark and Jay Duplass (The Puffy Chair) are back on the scene with a hilarious new comedy with a horrific tilt, Baghead. This Cassavetesesque quasi home movie experience delivers its own unassumingly seductive brand of shaky camera, abrupt edits, and intelligent (and largely improvised) dialogue. Part of the cinematic movement known as "mumblecore," Baghead's honesty and infectious realism deliver genuine laughs and memorable scares. Four attractive struggling actors-Matt (Ross Partridge), Catherine (Elise Muller), Chad (Steve Zissis), and Michelle (Greta Gerwig)-decide on a whim to hole up in a rustic, secluded cabin and write a script that will give them all the dream parts they've always wanted. The charismatic Matt is the force behind coming up with a brilliant concept and leads the brainstorming. Matt and Catherine are and on-again, off-again couple, but Catherine is desperately trying to win Matt over once and for all. Chad is crushing hard on the quirky, pretty Michelle and believes the woodsy retreat is the perfect moment to pounce. As they drink, "mumble," and shoot around ideas, the friendships become blurry and cabin fever sets in. One night when frustrations are boiling, they think they see something in the woods and come to the haunting realization that they may not be all alone in the woods after all. . . . Baghead's strength lies in its disquieting and surprising ensemble performances and a story that avoids clichés while playing on and with the conventions of commercial cinema. It's not often that a film can be both a hilariously tongue-in-cheek send-up of indie flicks and a brilliantly insightful bit of character drama, but the Duplass brothers pull it off like gangbusters in their most entertaining and thrilling collaboration yet.

Mark and Jay first made a name for themselves with a string of award-winning short films, including This is John and Scrapple, which premiered at Sundance in 2003 and 2004. They made The Puffy Chair, one of the breakout hits of the 2005 Sundance Film Festival. The film won the Audience Award at SXSW and was nominated for two Independent Spirit Awards. It was released theatrically in 2006 and is now available on DVD and Showtime. The Duplass brothers are currently writing and directing a slate of films for both Universal and Fox Searchlight and have sold a television show, coproduced with The Weitz Brothers, to NBC.