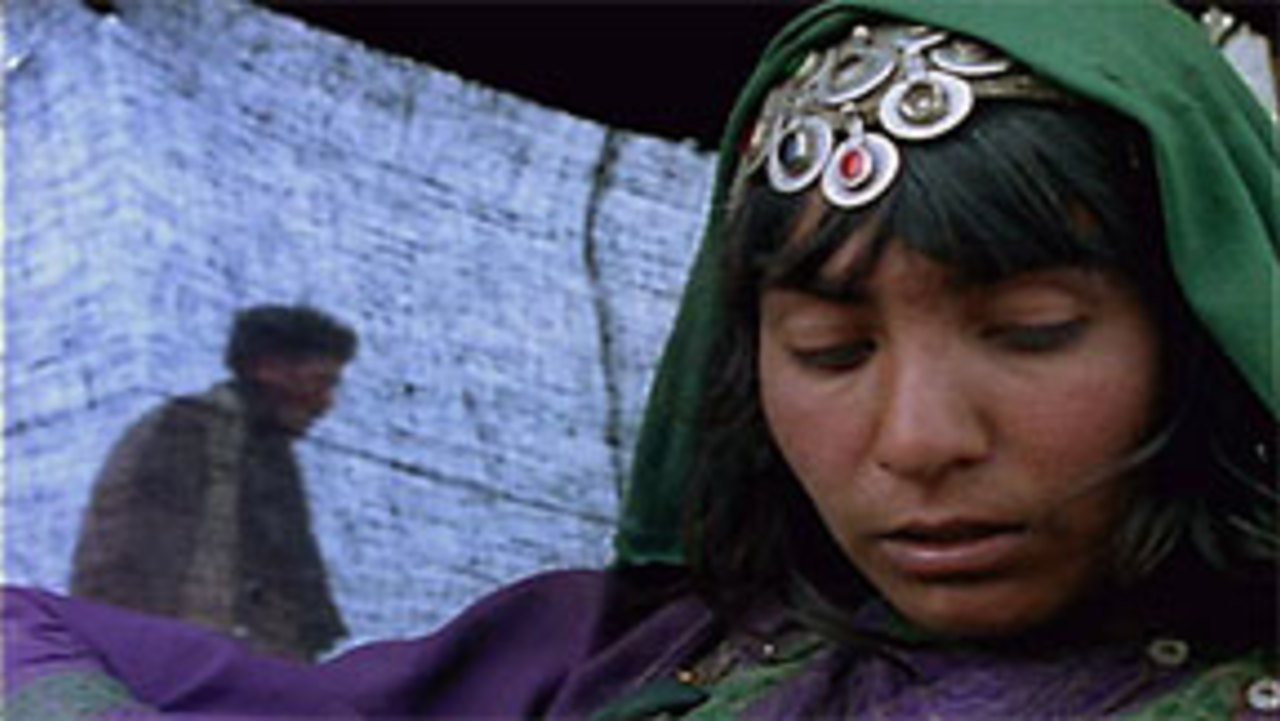 On October 9, 1987, documentary filmmakers Lee Shapiro and James Lindelof were killed during an ambush while making a film about the Mujahideen in Soviet-occupied Afghanistan. Jim Burroughs and Suzanne Bauman have incorporated the footage created by their fallen comrades into a documentary that fits recent, post-September 11 events into a context that stretches all the way back to 1959 and the reign of King Mohammed Zahir Shah. The timeline then moves through Mohammed Daoud Khan's 1973 coup d'état and subsequent assassination, the Soviet invasion of 1979, the exile of five million refugees, the rise of the Taliban in the refugee camps, the assassination of Northern Alliance leader Ahmed Shah Massoud in 2001, the terrorist attack on the World Trade Center just 48 hours later, and the subsequent U.S. bombardment of Afghanistan. Burroughs and Bauman return to Tora Bora, once the turf of the Mujahideen and now home to the recently vacated headquarters of al-Qaeda, and find that the land has not really changed much since Biblical times. Finally, the filmmakers examine present-day Afghanistan under Hamid Karzai. Burroughs and Bauman have created an unusual, emotional, and personal film that weaves together over twenty years of footage shot by them and by Shapiro and Lindelof-including interviews with Russian and Afghan soldiers and never-before-seen footage of al-Qaeda members-into a film about the Afghan people's struggle for self-determination.

Jim Burroughs is a prolific producer, director, and cameraman. He has documented wars, expeditions, artists, and political leaders on six continents. He was an Academy Award® nominee for Against Wind and Tide, and has produced specials for PBS, ABC, A&E, and Channel 4. His directing work includes the documentaries Quest for the Ark, Man-Eaters of Tsavo, Child in the Wind, Cuba in the Shadow of Doubt, The Closing Door, and Ark of the Covenant. As a composer and songwriter, he wrote the theme song for Shadow of Afghanistan.

Suzanne Bauman recently completed Jackie Behind the Myth, a two-hour film on Jacqueline Kennedy Onassis, and is now finishing The Writing Code, a series about writing from ancient times to the Internet. She is an Academy Award® nominee for Against Wind and Tide, and her films include Suleyman the Magnificent, Cuba in the Shadow of Doubt, La Belle Epoque, The Artist Was a Woman, Light of the Gods, and The Women of Summer.