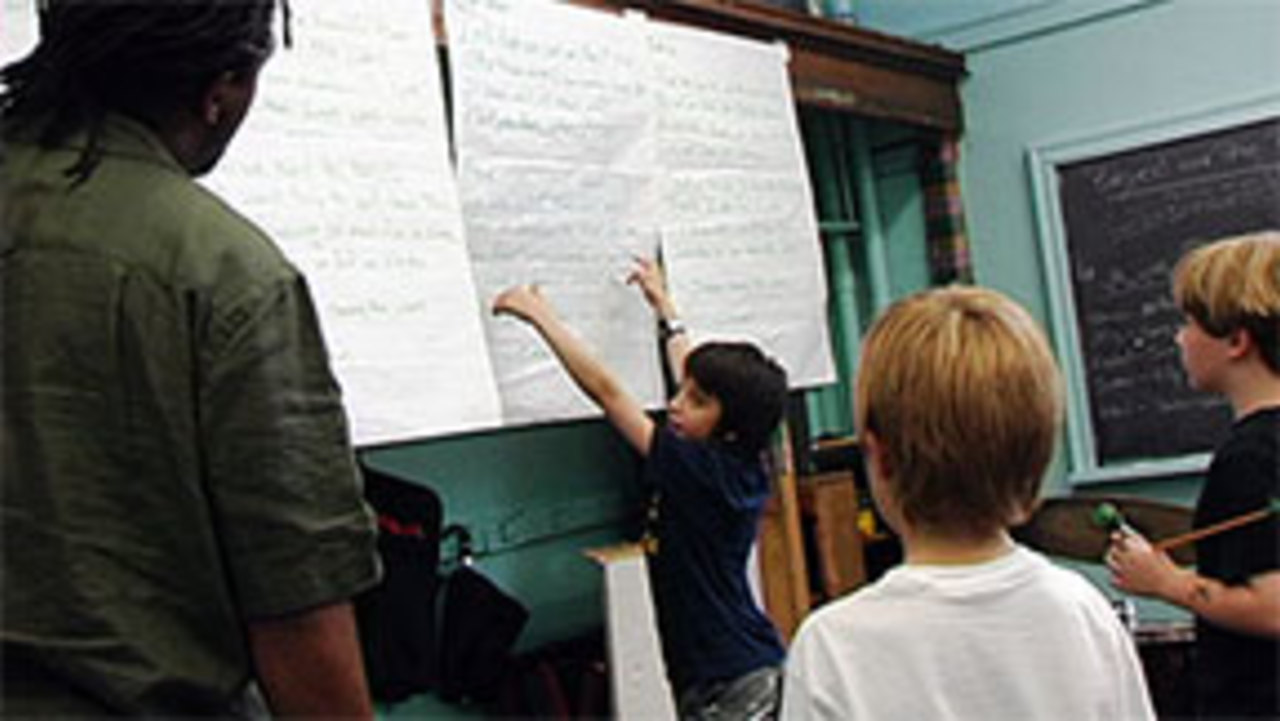 A musical journey for all generations, When Fried Eggs Fly reorients the way we think about education. Bruce Mack, a music teacher at New York City's P.S. 3, decides to take on the challenge of getting 162 8-years-olds to compose, perform, and record an original piece of music on the topic of saving the environment. Mack, who is both a fascinating character and an inspiring teacher, feels that "music creates an opportunity to understand one another in a different way." Through collaborative work and rigorous brainstorming sessions, the students learn an incredible amount and cultivate a strong desire to make the performance a smashing hit. Soon the teachers and parents are invited to help out, and the adults prove to be just as nervous as the kids. When Fried Eggs Fly is a remarkable documentary about the creative process, which will have you singing in your seat and humming all the way home.

This is the first feature length documentary by Constantine Limperis. He started out as a visual artist before being drawn into the world of cinema and made several short films that screened in festivals and on television internationally. He has also directed, photographed, and edited works ranging from spots to music videos. A recipient of a New York Foundation for the Arts Fellowship in Film, he has also edited numerous documentaries and magazines for network television.