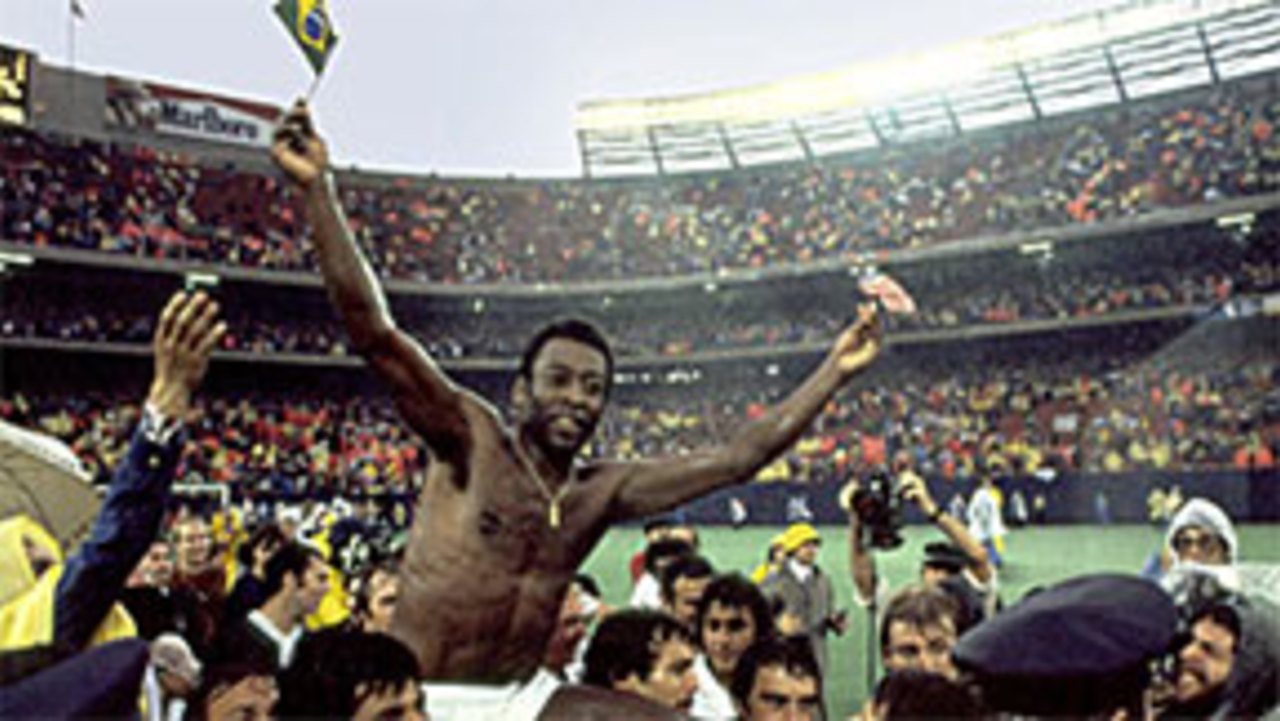 ONCE IN A LIFETIME

Return to the days of disco balls, .44-caliber killers, and the brief, brilliant flowering of major league soccer in America with Paul Crowder and John Dower's exuberant documentary about the New York Cosmos. Once in a Lifetime recounts the rise and fall of New York's beloved North American Soccer League franchise through archival footage, interviews with team players and executives, and a hip-shaking 1970's soundtrack. What started out as an ill-conceived effort by Warner Communications honcho Steve Ross to market soccer to New York's immigrant community turned into one of the most spectacular traveling roadshows of the Studio 54 era. The film traces the steady growth of Cosmomania from the team's early days dodging bits of broken glass on its home field on Randall's Island through the acquisitions of Pelé, Franz Beckenbauer, and other international superstars that briefly made the Cosmos-and soccer-the talk of Gotham. It was a deliciously weird time, when New York teetered on the brink of fiscal and moral collapse and when the words "I'm with the Cosmos" magically got you into all the hottest places. Once in a Lifetime is an infectiously entertaining roller coaster ride through one of the most fascinating periods in New York City history.

Director and editor Paul Crowder is a former musician who released several albums with his bands. In 1995, he quit music to become a film editor, working on over 50 episodes of VH1's Behind the Music. Crowder then met director Stacy Peralta, who asked him to edit the award-winning feature documentary Dogtown and Z-Boys and its sequel Riding Giants. In 2004, Crowder began directing commercials and television shows. He is making his feature directorial debut with Once in a Lifetime.

Writer/director John Dower began his film career making several critically acclaimed, low-budget documentaries. He teamed up with Academy Award®-winning producer John Battsek on Sneaker Freaks. They continued their association with the feature music documentary Live Forever, which premiered at the London Film Festival. Their third film Once in a Lifetime tackles their shared passion for soccer. Dower is developing a documentary on the soccer star Diego Maradona and a possible film on Nirvana.