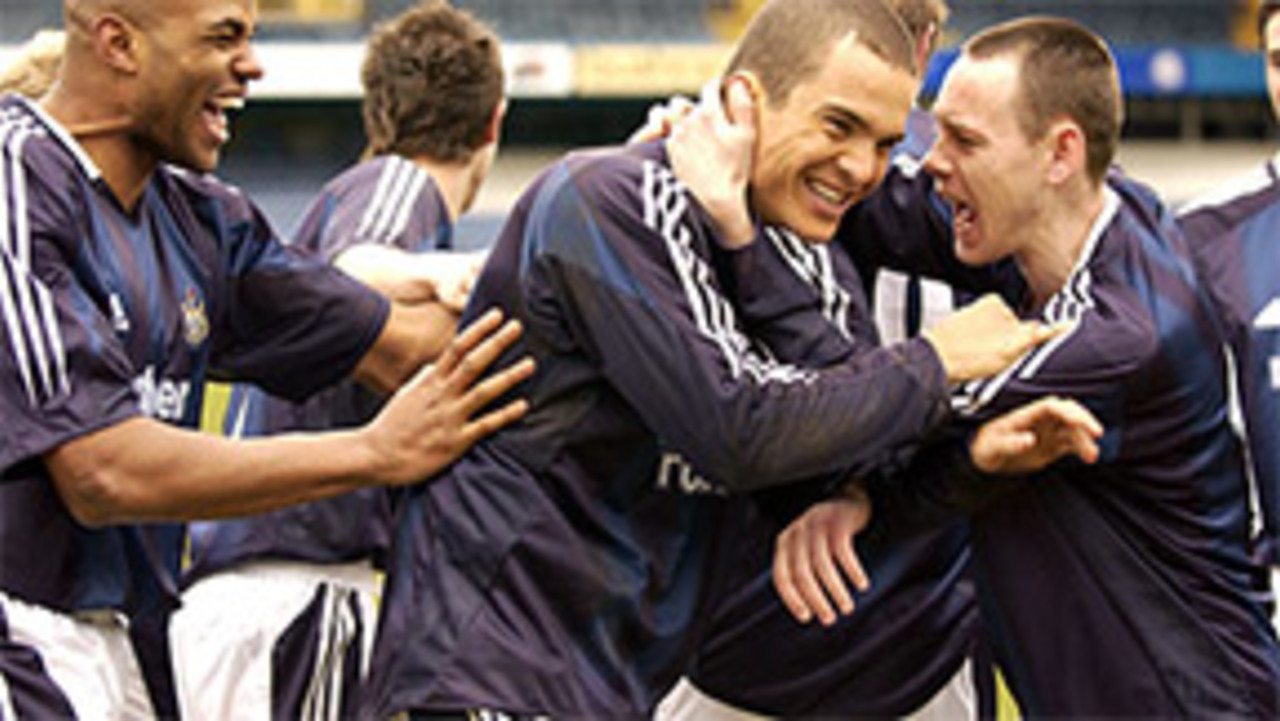 How far would you go to live your dream? When Santiago Munez (Kuno Becker) is given the chance of a lifetime, he must make the decision to leave behind his family, friends, and the Los Angeles neighborhood where he has spent his entire life to begin a new life in England and the fast-paced, glamorous world of international soccer. As a Mexican-American growing up in the poor section of Los Angeles, Santiago seemed destined to follow his father's path: laboring at menial jobs to earn just enough money to get by. But when a British scout (Stephen Dillane) recognizes his natural talent and gets him a tryout with one of England's premier soccer clubs, Newcastle United, Santiago must choose between his father's fate and his own destiny. Electrifying and heart-pounding, Goal! The Dream Begins is set in a world where soccer is a religion and players are gods. Featuring cameos by soccer superstars David Beckham, Zinedine Zidane, Raúl, and Newcastle captain Alan Shearer.

Danny Cannon grew up in Luton, England, and began his career as a theater actor. While working with a small repertory company, he directed several short films featuring his fellow actors. Acclaimed film director Alan Parker saw Cannon's work and championed the 19-year-old in the annually televised BBC Showreel competition, in which Cannon took first prize. Parker then persuaded Cannon to enroll at the prestigious National Film and Television School. Cannon made his directorial debut with the feature film The Young Americans, and he went on to direct Judge Dredd, Phoenix, and I Still Know What You Did Last Summer, as well as a number of commercials and music videos. But it was The Young Americans that brought Cannon to the attention of film producer Jerry Bruckheimer, who hired Cannon to direct the pilot episode of the immensely successful television series CSI: Crime Scene Investigation.