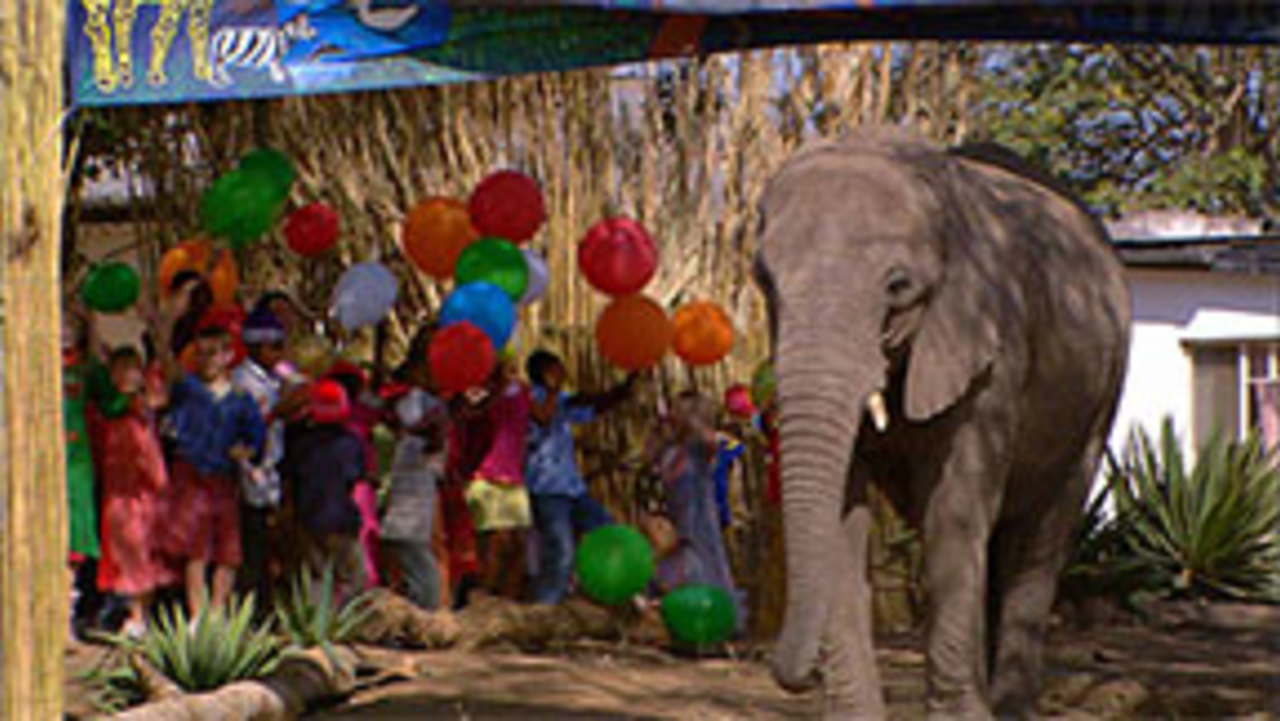 In the spirit of Babe and Milo & Otis, this live-action feature follows two elephant brothers who set off across the African plain in search of their mother. Soon after New Boy is born, hunters steal his mother, thereby breaking the family apart. But when New Boy overhears a flamboyant flamingo at the local watering hole say that lost mothers can be found at the end of the rainbow, the young elephant thinks up a plan. Armed with hope, New Boy and Big Brother cross the dusty, mountainous plains, determined to find their mom. Along the way they pick up an orphaned chimp and a kindhearted giraffe. Finally, they find themselves faced with "the badness." With humor and might, they triumph over the human hunters and realize that true family is what you make of it. This beautifully shot film about tolerance and trust is perfect for young children, animal lovers, and environmental enthusiasts alike.

Mario Andreacchio graduated from Flinders University in southern Australia with a degree in psychology. He was then selected to study at the Australian Film & Television School. In 1988, he directed the television movie Captain Johnno, which won an International Emmy. Inspired by his children, he set out to make an all-animal feature called Napoleon. The film was released worldwide by MGM and was a huge success. He followed the success of Napoleon with a string of other family movies: The Real Macaw, Sally Martial is not an Alien, and Young Blades.