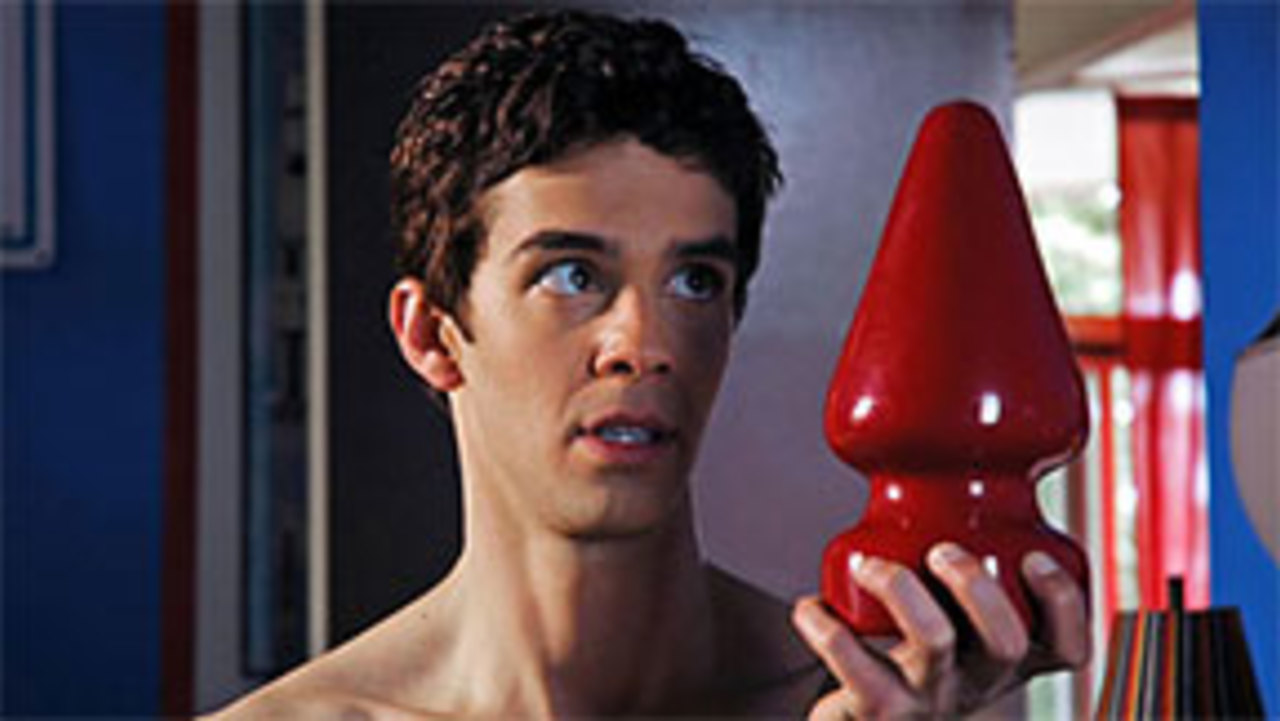 High school is over and now it's time for anal! That's the gist, and the whole kit-and-caboodle behind this jaw-dropping, screamingly juvenile and gay send-up to summer teen flicks. Four guys make a pact to move beyond oral sex before college and the rest is, well…it's filled with celebrity cameos. While the boys are trying to become men, one has to come out to his sickly-sweet mom, another has to learn that drinking and screwing don't mix, and another realizes all he really wants is his best friend's booty. But oh, the background! Behind, beyond, and involved in the shagadelic shenanigans is a hit parade of gay-lebrities. John Epperson, a.k.a Lypsinka, is a bitchy clueless mom a la Joan Crawford. Kid's in the Hall star Scott Thompson plays a dad with a clip-on tie and a few surprizes of his own. British talk-show host Graham Norton is a high school teacher with a boner the size of Scotland. And be careful where you put your Milk Duds, kiddies, because that's "actress" and real-life porn star Matthew Rush in a K-hole. And last but not least is the always naked and now convicted tax-evader Richard Hatch from Survivor. He's finally-finally!-found a director who doesn't need to blur his manly bits for a family audience. Another Gay Movie will definitely go down in somebody's history as the film that finally showed the world Richard Hatch has balls.

Todd Stephens grew up on roller coasters, and bologna sandwiches in the Lake Erie "Vacationland" of Sandusky, Ohio. In 1998, he wrote and produced Edge of Seventeen, based on his coming-out experience and filmed in his hometown. The film screened at Sundance and was released theatrically. It also garnered Best Picture awards at the Lesbian & Gay Film Festival and Outfest, and was nominated for both an Independent Spirit Award and a GLAAD Media Award. Next up, Stephens wrote, produced, and directed Gypsy 83, starring Sara Rue, Kett Turton, and Stephens' life-long idol, Karen Black. The film also received numerous festival awards and was released in theaters and on DVD in 2004. Based on his work in Gypsy 83, Stephens was named one of Filmmaker magazine's "25 New Filmmakers to Watch." Stephens wrote, produced, and directed Another Gay Movie.