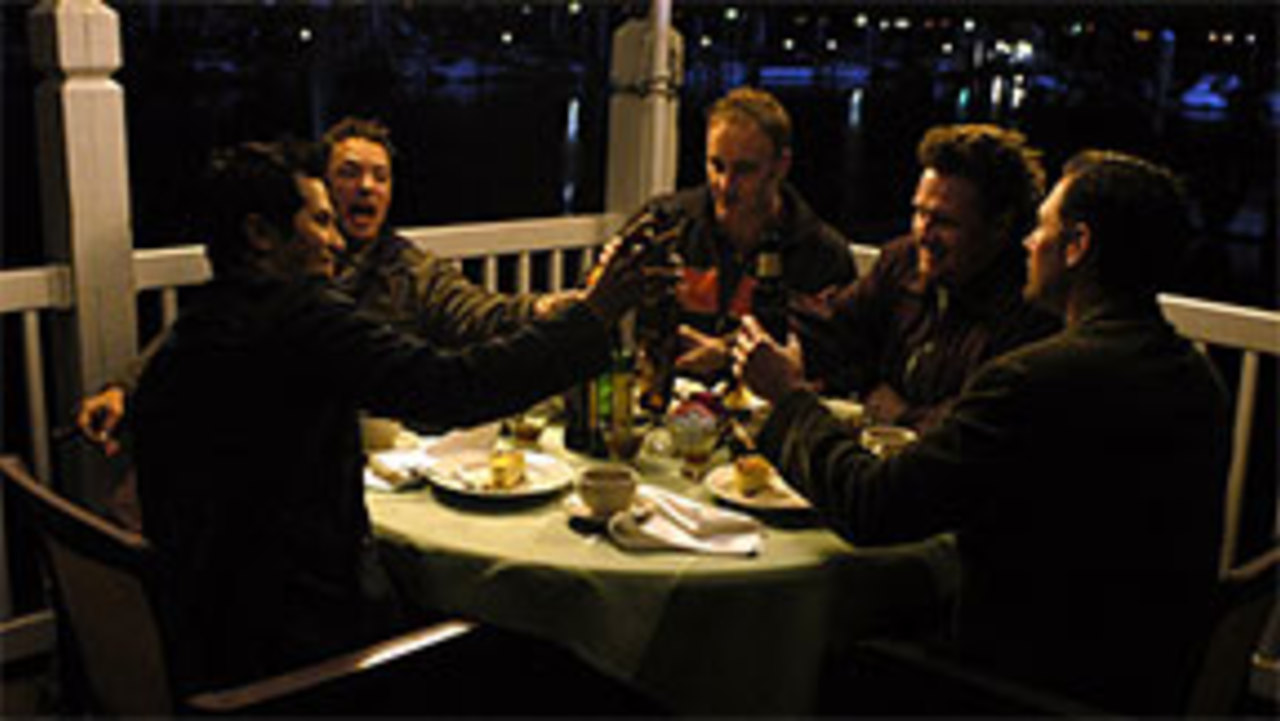 With lighthearted verve, director Edward Burns shows us that growing up is hard work in The Groomsmen. Perhaps there are problems too big to be solved over a couple of beers, but that will not stop Paulie (Burns) and pals from trying. The tale, which explores the dynamic between adult responsibility and that gang of lovable knuckleheads with whom some of us still hang out, is familiar yet fresh territory for local filmmaker Burns. The jittery Paulie has a fiancée (Brittany Murphy), a baby girl on the way, and a week of hanging out with his four groomsmen before the wedding. Cold feet are just the tip of the iceberg for this group of Peter Pans, comprising Paulie's brother (Donal Logue), cousin (Jay Mohr), and two friends (Matthew Lillard, John Leguizamo). Before they put on their tuxedos, they will have confronted infertility, sexual identity, and the mystery of a pilfered Tom Seaver baseball card. Recriminations and the occasional punch will fly, but is this any way for adults to behave? In Burns' world, we would start worrying if they acted otherwise. The director has a knack for wringing laughter and truth out of serious situations, so audiences are guaranteed a "hey, that's me" or two. While the guys' inner children are belting out hair-band songs circa 1985, their adult personas are trying to rock on into the future. With their old neighborhood serving as the backdrop for reunion and reckoning, they realize that they must sink or swim. Burns makes sure that we smile through either possibility.

Raised on Long Island, Edward Burns was initially an English major before focusing on filmmaking at Hunter College in New York City. His first feature The Brothers McMullen premiered at Sundance and won the Grand Jury Prize in 1995. Burns wrote, directed, and starred in the film, which was shot on a budget of only $25,000 and went on to gross over $10 million at the domestic box office, making it the most profitable film of 1995. The film also won Best First Feature at the 1996 Independent Spirit Awards. Burns recently completed principal photography on Purple Violets, which marks the eighth time he has written, directed, produced, and starred in a film. His film Looking for Kitty premiered at the 2004 TFF and will hit theaters later this year.