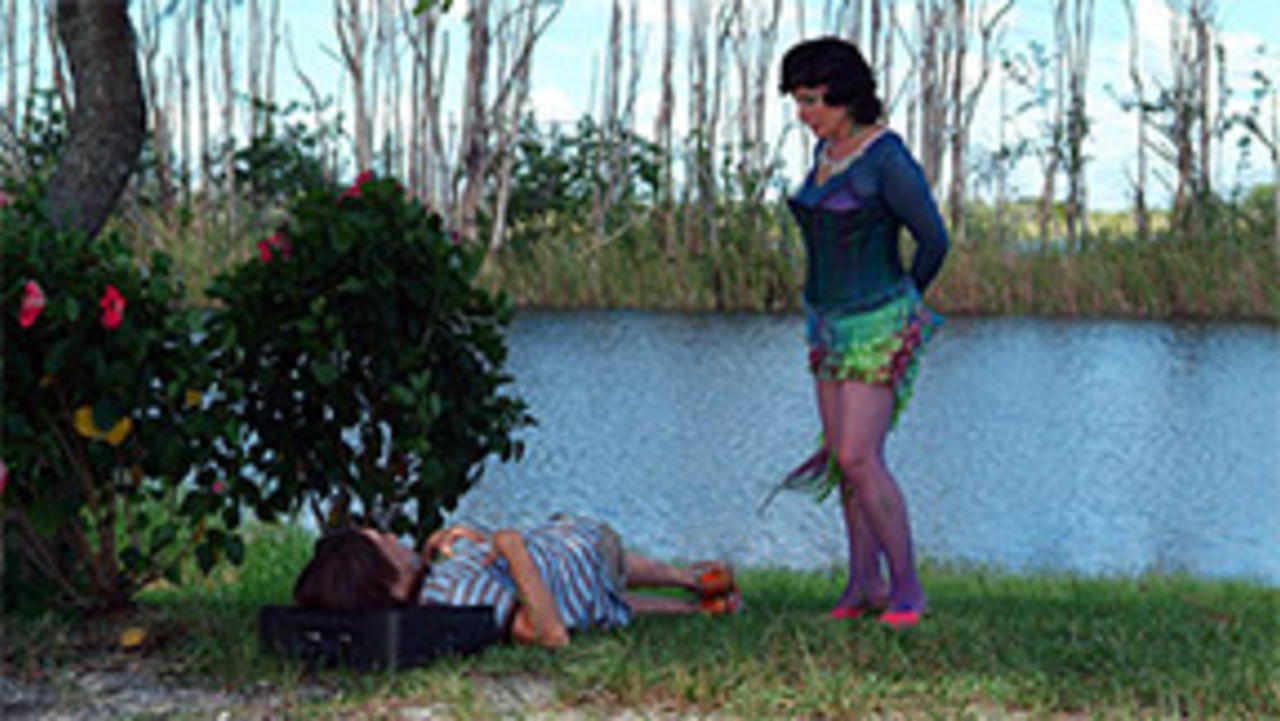 Alby (Matt McGrath) never really grew up,and he doesn't want to. At 35 years-old, he surrounds himself with action figures that blind him to the fact that his young son is the most mature man in the house. So when things get a little too…adult, Alby leaves his family and heads to his mother's house, where he can lie on the couch and watch his beloved martial arts show reruns. While his childhood maid cleans around him, he is suddenly reminded of his best friend from school, Elias (Judah Firedlander). As it turns out, Alby made Elias' life, past and present, awful by saddling him with a not so nice Spanish nickname. Fearing irreparable karmic damage, Alby tracks Elias down. Although Alby's life seems to have stood still, Elias' world has changed. He is now a drama teacher to mentally challenged children and well-liked by all. Alby invites himself along on Elias' class trip to an amusement park, and what starts out as a fun road-trip turns into a bumpy ride. Along the way, Alby runs into a slew of failed romantics, including a disgruntled ex-theme park employee (Alan Cumming), a bartender working her way through clown school (Amy Sedaris), and a delusional ex-Weeki Wachee mermaid (Deborah Harry) who points Alby in the right direction. David Munro's oddly charming directorial debut is alternately quirky, heartwarming, and funny.

Born and raised in Miami, Florida, David Munro earned a B.A. in political science from Brown University before going on to study Cinema at San Francisco State University. His senior thesis, First Love, Second Planet, premiered at the Seattle Film Festival in May 1996 and has since won Best Experimental Film at the UFVA Student Film Festival. David's previous film, Bullethead, a stylized political allegory about an East German luge racer with a surgically-streamlined head, has screened at Sundance, Chicago (silver plaque winner), Cinequest, Berlin Interfilm, Sao Paulo, Viennale, Locarno, Melbourne, Short Circuit (Paris), and at the Los Angeles Film Forum. The film also appeared on PBS' Alive TV series. Prior to returning to school, David worked at Saatchi and Saatchi Advertising, where he wrote and directed a number of award-winning television commercials for a variety of clients.