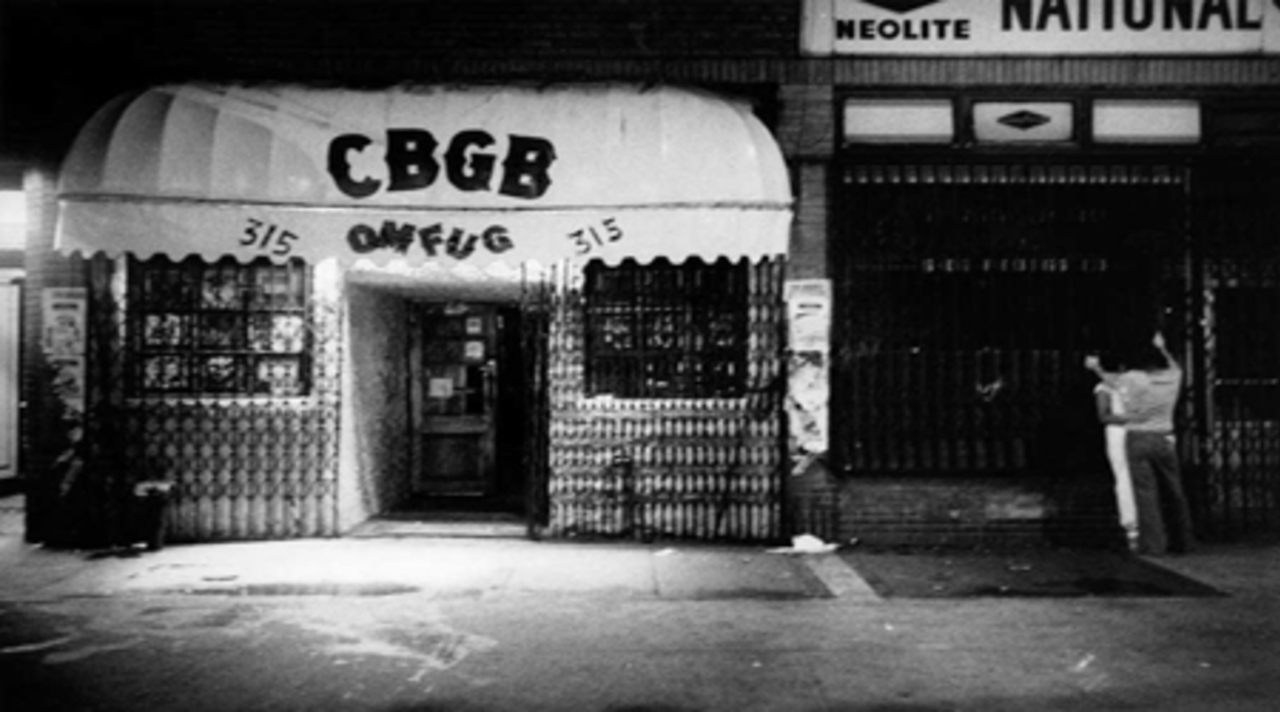 BURNING DOWN THE HOUSE: THE STORY OF CBGB

How did a club called "Country Bluegrass Blues" turn into, in Joey Ramone's words, "the womb of creativity" for generations of punks, new wavers, and rock-and-rollers? Mandy Stein's (Too Tough to Die, TFF '06) latest documentary charts the history and far-reaching influence of iconic downtown club CBGB and its fight for survival against the Bowery homeless shelter that sought to shut it down. Fueled by invigorating vintage performances by the likes of Patti Smith, Talking Heads, Television, Bad Brains, and The Ramones, Burning Down the House seethes with the spirit of those who found themselves at home in the hallowed confines of that dingy bar.

Stein—daughter of the legendary Sire Records founder Seymour Stein, who cherry-picked bands from the CBGB stage for his label—finds no shortage of musicians, employees, and patrons to share their passion for the anything-goes spirit of the club and its beloved founder, Hilly Kristal. Sonic Youth, Debbie Harry, Ice-T, Steven Van Zandt, Fab 5 Freddy, and many others offer up their reverence, but ultimately Burning Down the House pays tribute not just to the club, but to the endurance of the energy and creativity that brought it to life.

Mandy Stein graduated from Occidental College with a degree in art history and visual arts. In 1999 Mandy helped shoot and was an associate producer on the HBO/Channel 4 Films documentary Devil's Playground. She also helped produce the IFC Films documentary Crossover. Her directorial debut, You See Me Laughin', also aired on IFC. In 2004 she produced and music supervised director John Landis' Slasher. Mandy also produced What Remains, a documentary that looks at the creative process of celebrated photographer Sally Mann.