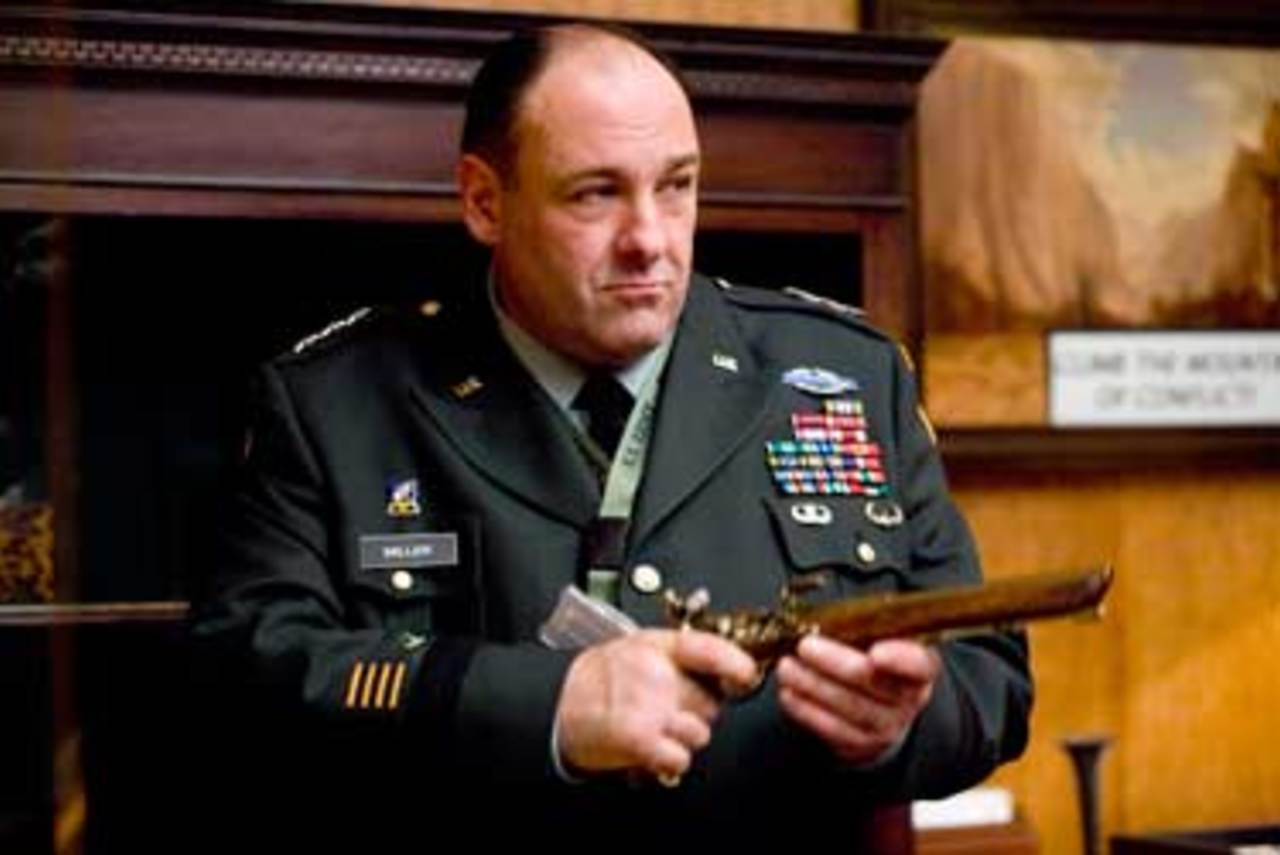 "War is unforeseeable," announces Britain's Minister of International Development, Simon Foster (Tom Hollander), at the opening of Armando Iannucci's wicked political satire In the Loop. With allies the US and Britain secretly on the road to war with a hostile nation, the comment, vague and likely meaningless, nonetheless propels Foster and his team of associates into the center of a firestorm of international controversy. Suddenly charged with choosing alliances within the petty and farcical bureaucratic chaos, Foster attempts to balance his hilariously foul-mouthed hawkish boss on one side, an American State Department pacifist with bleeding teeth on the other, and a deteriorating municipal wall somewhere in the middle.

Iannucci adapts his hit BBC comedy series The Thick of It, preserving all of the original's tongue-in-cheek insight and wit, to craft a smart political comedy that pokes fun at the absurdity and ineptitude of our highest leaders. With everyone looking out for number one, and the fate of the free world at stake (but apparently incidental), the hilarious ensemble cast of characters bumbles its way through Machiavellian political dealings, across continents, and toward comic resolutions that are, indeed, unforeseeable. The terrific ensemble cast also includes James Gandolfini, Peter Capaldi, and Steve Coogan. An IFC Films presentation.

Armando Iannucci is acclaimed as one of the most influential comedy writers in Britain. He wrote and directed the BAFTA-winning shows I'm Alan Partridge (starring Steve Coogan) and the political comedy The Thick of It, as well as fronting his own satirical shows The Friday Night Armistice for BBC 2 and The Armando Iannucci Shows for Channel 4. His spoof news show The Day Today led to him winning a unique Special Jury British Comedy Award, in recognition of his distinctive contribution to radio and television comedy. Armando also has a radio show on BBC Radio 4 and has been a regular columnist for The Observer.