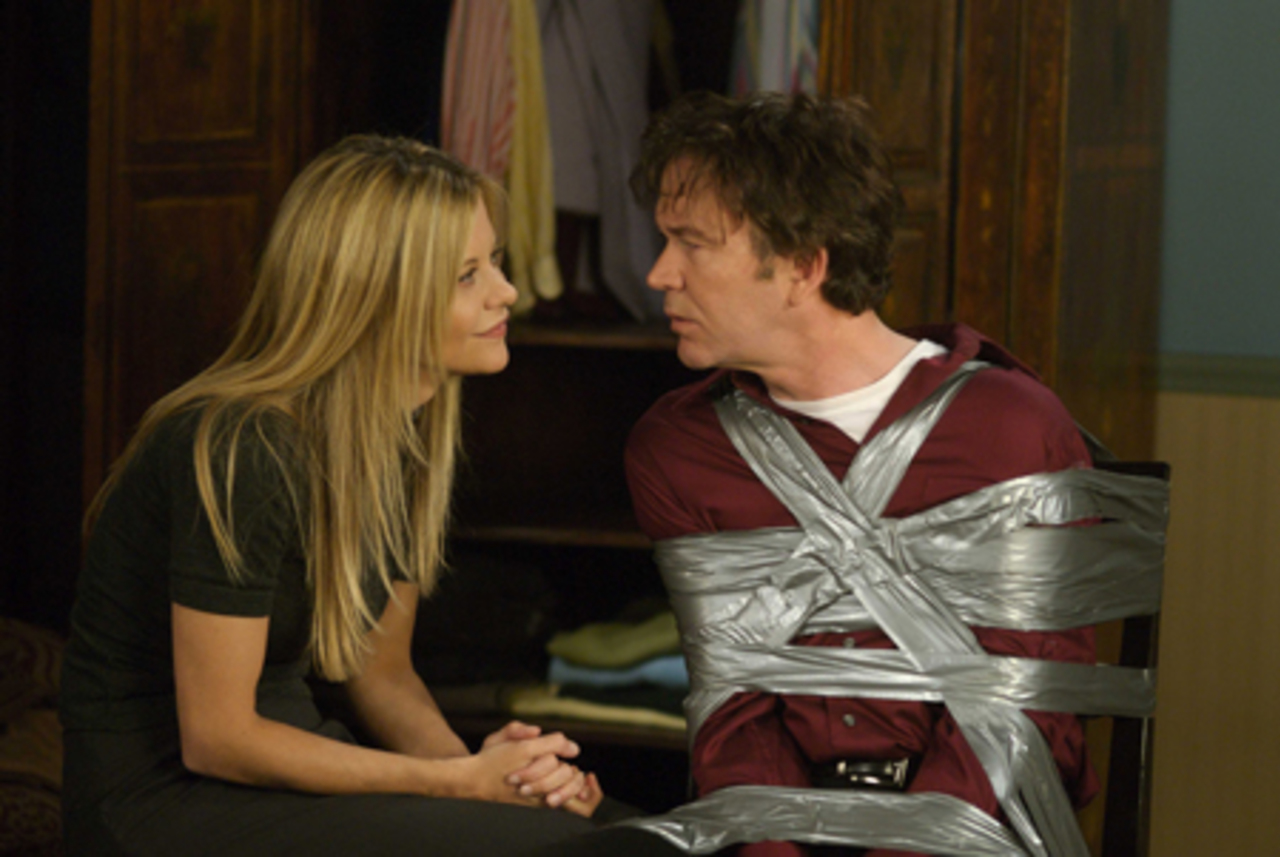 After she arrives at her country home for a romantic weekend getaway, things don't go exactly as planned for high-powered Manhattan lawyer Louise (Meg Ryan): Her husband of 13 years, Ian (Timothy Hutton), tells her he's leaving her for a younger woman (Kristen Bell). Soon Ian finds himself held captive by an oddly cool Louise, who explains that she won't release him until he commits to working on their marriage. And that's when things really start to go wrong. The unexpected arrival of an opportunistic young gardener (Justin Long) and Ian's impatient mistress only serve to complicate the crisis even further, while somehow forcing Louise and Ian to reckon with their past and realistically deal with their future.

Cheryl Hines applies that bright charisma that she is known for to her directorial debut. She is able to deliver the right comic timing while keeping the emotional strengths of the film intact. The witty script by Adrienne Shelly, whom Hines worked with on Waitress, gives the exceptional cast plenty of sharp dialogue to work with. Serious Moonlight is an emotionally charged dark comedy about infidelity, desperation, and a couple's search for their truth.

Cheryl Hines is a two-time Emmy nominee as Larry David's wife on HBO's award-winning Curb Your Enthusiasm. She can also be seen starring opposite Megan Mullally in the new ABC sitcom In the Motherhood. She has produced and directed various television projects—including the award-winning comedy series Campus Ladies for Oxygen and the Starz Network's comedy series Hollywood Residential—and has starred in films including RV, Waitress, The Grand, and the upcoming releases Bart Got a Room (TFF '08), Farlanders, and the romantic comedy The Ugly Truth. Serious Moonlight is her feature directorial debut.