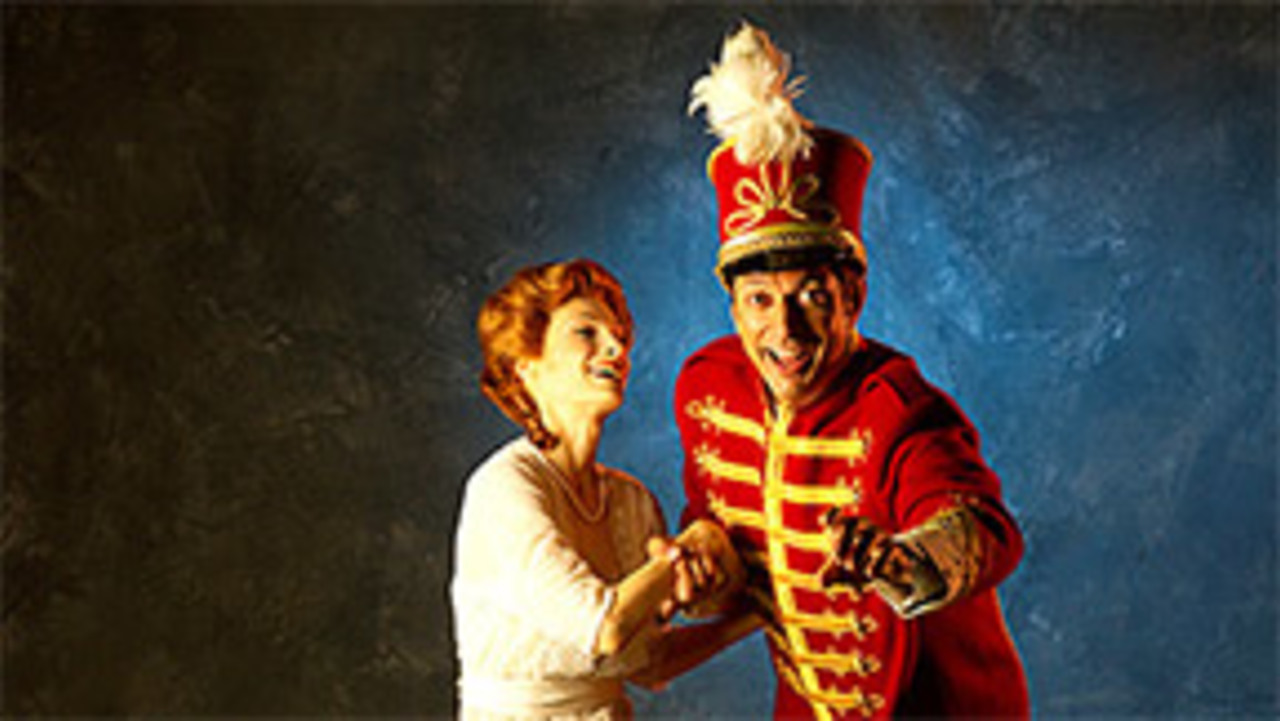 Jeff Goldblum is in love, or so he tells his good friend Ed Begley Jr. He's just met Catherine, a musical theater actress nearly thirty years his junior, and they're already discussing engagement. The Canadian-born Catherine is having trouble obtaining a work visa, so in an effort to keep her employed in the U.S., Goldblum agrees to star with her in a regional theater production of The Music Man in his hometown of Pittsburgh. This is the simple setup for the wholly original Pittsburgh, which affords us a glimpse into Goldblum's workaday life as he prepares for opening night. The film is essentially a Goldblum fetish object, with most of the amusement coming from watching him put his film career on hold as he attacks The Music Man project with his trademark mania and enthusiasm. Goldblum also makes a lot of major career sacrifices for the role. First, he gets offered a $4 million role in a Michael Bay science fiction blockbuster, then he avoids his manager's calls about the offer, and later he is relegated to a second-slot guest position behind Ashley Judd on Late Night with Conan O'Brien. Goldblum's deadpan friends also provide plenty of laughs. Begley's environmentalism is parodied, as is the failed relationship between Goldblum's friend Illeana Douglas and Moby. Goldblum ultimately ropes both Begley Jr. and Douglas into The Music Man production, but once the cast assembles in Pittsburgh, Goldblum himself is stricken with self-doubt over whether he can convincingly play the role of aspiring bandleader Harold Hill. Throughout, codirectors Chris Bradley and Kyle LaBrache mix genuine documentary with outright self-parody improv to make Pittsburgh an uproariously funny and memorable experience.

As partners in International Orange, a Los Angeles-based production company, Chris Bradley and Kyle LaBrache first caught the attention of Jeff Goldblum with their critically acclaimed 2003 film Jon E. Edwards Is In Love. Since then, the duo has also worked with Tim Allen, Harry Shearer, Fred Willard, Sarah Silverman, Bob Odenkirk, David Cross, Jeff Garlin, and Illeana Douglas, all of whom are in Fired!, a feature-length comedic documentary due later this year. Represented by Benderspink, Bradley and LaBrache are currently developing a scripted feature-length comedy.